“Turituri” is a Maori word meaning be quiet. My initial inference was that the word meant to refute clamour with the invoking of quiet.  I learned that Kiwi schoolteachers especially use the word to quiet down noisy classrooms: “Turituri, turituri!”

I suppose you can say I adopted the term for myself (…in touristy enrapture tainted by my writer’s giddiness!).  The author in me was unable to help using it to describe times of peace and tranquility I’d take , separated from my study abroad group, to clear my head, rest, pray, seek inspiration and inner silence. Despite the word not being a descriptive term, I deem many of my quiet times in New Zealand as “turituris.”  From my perspective the word translated into my whole New Zealand pursuit:  learning to achieve a quiet state and find content in the absence of that irreverent, near patriotic noisiness embedded in life back in the US.

Although I fell in love with the tide pools on the edge of the white-rocked peninsula and the expanse of beige pebbles of the South Bay (on which I battled many seabirds for my pack lunch), my favourite place remains that humble black-pebbled beach at the end of Old Mill Rd, just one mile’s bike ride away from my Kiwi dwelling.

As a Black-Caribbean woman the beach has always bore meaning for me.  Living just 1 mile away from it in NZ, I took advantage of my close proximity to sit on the black shore for countless turituris.  At that stretch of beach I’d spend time tracing the roots of my affection for the ocean, learning things about the Creator, myself and my relationship to the natural world as the waves turned before me.  Biking to the beach with camera and journal, I allowed the simple statements of water, sky, and rock to confront my attraction to the cacophonous lifestyle back home in America.  Over time the beach won my favour because it helped teach me to turituri… My favorite photo of an Old Mill Beach sunset

It’s shore was composed of ocean-smoothed black pebbles and granulated bits not quite as fine as sand.  This meant I could lie down and not worry about shaking my locs of sandy grit when I got up again! Sinking into the black beach, the South Pacific’s turquoise edge shredding in tumultuous white noise on the coast and bringing the frigid gales straight from the Antarctica, I’d sit, mesmerized by the movement of the waves.  Both violent and calm, they swole and crashed, slid and receded in gravitational gracefulness.  On the horizon, the deep ocean’s aquamarine shocked against the deep royale blue sky – a colour as endogamous to the Southern Hemisphere as 44% of the marine species in NZ.

Sitting on that beach I learned the etiquette of being in the presence of such a powerful force.  The Maori people believe in the holiness of the earth, encapsulated in their word for the earth, whenua (pr. Fen-oo-ah)–which also means placenta. As a Maori man explained to me, in the Maori culture one cannot answer who he is without first mentioning the biological characteristics of the land in the place from which the person’s ancestry comes (Responding to the question “Who are you?” with your identity first is an impropriety!). For instance, in reciting his ancestry, the mountains came before the names of his great great great great grandparents.  I suppose that in the recitation of my family tree the ocean would come first before my great great grandmother’s name. That said, proper etiquette for sitting before the ocean included realizing how small I really am—such a small portion of a much, much greater picture on this earth- in this placenta.  It also involved my learning to turituri on a daily basis– making separation from noise intentional there in that quiet New Zealand town so that it could be a honed habit curated into the hubbub of life back in America.  That was my way of enjoying the beach at the end of Old Mill road.

No hesitancy restrained my choosing this location as my favourite place.  In retrospect of when my life really began to take shape and make sense, those times–those turituris–are the grassroots of my appreciation for purposeful silence in lieu of seeking to achieve the dreams I have for my life.  I got a lot of writing done there. I enjoyed my first meal of fish and chips there. I watched thunderstorms form at the edge of the sky.  I encountered seals washed up with a high tide.  I sat still in mists settling with the sunset at the end of the day.  I learned…many invaluable life lessons there. Whichever place I find myself next will only win such favour should it be gilded with a panoply of insights beyond what there is to see or experience on the surface; just as I found in this New Zealand beach.

This story was curated by Chimene Jackson. 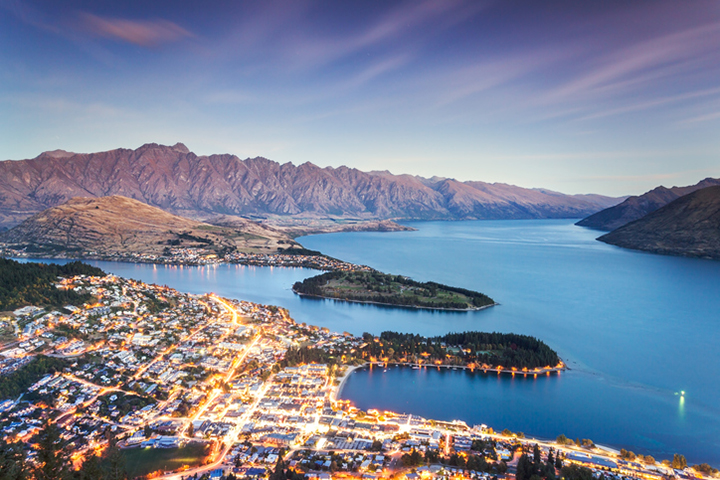 The Most Beautiful Airbnbs In Queenstown, New Zealand

Planning a trip to Queenstown, New Zealand? Here are a few of the most beautiful and highly-rated Airbnbs across this breathtaking coastal city to ensure you travel in comfort and style. Lucky #8 Penthouse Right on the lake in Central Queenstown sits this newly renovated three-bedroom penthouse with sweeping 180-degree views of Lake Wakitipu and […]