What It Means To Be Black In Puerto Rico

As the world commemorates 400 years since millions of people were forced to migrate to the Western Hemisphere in the horror known as the Transatlantic Slave Trade, the assumption is that most slaves taken were sent to North America.

Out of the 9.5 million people taken from Africa, many were actually sent to South America and the Caribbean.

Research from El Boricua revealed that more than 15,000 slaves were brought over to Puerto Rico by 1555. And like other countries in the Americas with a colonial past, slavery has influenced culture as we know it, present-day throughout the island.

“Thanks to the sugar industry, Black slaves were in high demand in Puerto Rico, bringing more Africans to the island,” said Tatiana Ramirez, an award-winning poet who identifies as Afro-Boricua. “With them, came pieces of their food, language, dress, religion, music, and dance,” Tatiana said.

One place in particular where you will find the imprints left by those from the African diaspora is in Loíza, a town approximately 20 minutes east from the capital of San Juan.

African influence can be found in the cuisine, including ingredients and cooking styles throughout Puerto Rico, but it’s in Loíza where the music style of Bomba is kept alive.

Bomba is known to be the first native music of Puerto Rico and consists of three instruments: the cuá, maraca, and the Bomba barrel. The essential part of Bomba is the connection between the dancer and drummer. Bomba dates back to the early 1700s and is believed to have been used as a rebellion tool against slave owners, according to an essay published in Redalyc.

The music style of Bomba is practiced today as a communal activity where it was originated, including Santurce, Mayaguez, Ponce and Loiza.

Is Blackness Embraced In Puerto Rico?

In Loíza, more than 60 percent of its nearly 30,000 population identifies as black, according to Black Press USA. And it comes to no surprise that so many identify as black, considering that this area is a “black neighborhood” in Puerto Rico.

But that’s not the case for the rest of the island. Data from the most recent census shows that about 75% of Puerto Ricans identified as white even though hairstyles that more than half of the population has a notable percentage of African ancestry, according to Tatiana.

But the combination of African, Latinx, European and influence as a result of colonialism is why Tatiana believes many Puerto Ricans struggle with their identity.

“For some, being Latinx means you’re white because you’re not exactly Black. For others, being Latinx means you’re Black because you’re not purely white,” she stated. “There are some Puerto Ricans who would like to claim being indigenous, but the Taínos have been considered extinct for a few hundred years. Either way, there is no binary answer, yet some people find it difficult to recognize that a person can be Latinx and Black.”

“They are not mutually exclusive,” she said. “To me, this is an example of attempting to claim whiteness in an effort to gain more opportunities to advance in a eurocentric society.”

In Puerto Rico, Tatiana said that Afroboricuas experience racism, segregation, systematic oppression, and discrimination for people of color and identifying as black, for some, is undesirable.

Historically,  segregation did not officially exist in Puerto Rico like in the United States, but there are problems of racial inequality.

When it comes to “black areas,” Tatiana said there are certainly parts where you find more blacks than other places.

“On the Northeast side of the island, you’ll find the municipalities with the highest percentage of Black people. If you look at a map of the island, that area is where most of the ships in the African slave trade went, showing just how limited Black people were on the island.”

Is Blackness Embraced in Puerto Rico?

There is a sense of “wokeness” where people are starting to embrace their African ancestry.

“As a little girl, I would get hair relaxers as a way to make my hair more manageable and acceptable for others. When I wore my curly hair out, I was told to brush my hair and I know this is a common narrative,” Tatiana said.

“I think the positive momentum in the Black community with being more vocally proud to be Black and not fearing the possible backlash for loving yourself has helped Black people in Puerto Rico embrace their Blackness. I’ve seen it with the increase in natural hair styles, as well as, with the increased visibility of African influenced parts of Puerto Rican culture.”

According to Tatiana, there’s no denying Blackness in Puerto Rico. Every town has a botanica. Vejigantes are an integral part of annual festivals. Pasteles are eaten every Christmas. Bomba and Plena are considered traditional Puerto Rican styles of music and dance. All of these things would not exist without Black people in Puerto Rico.

“Black Puerto Ricans should always be acknowledged in the conversation of Puerto Rico,” she said. “Unfortunately, with European influences and the process of cultural whitening, the island has experienced a lot of erasure that is difficult to undo.” 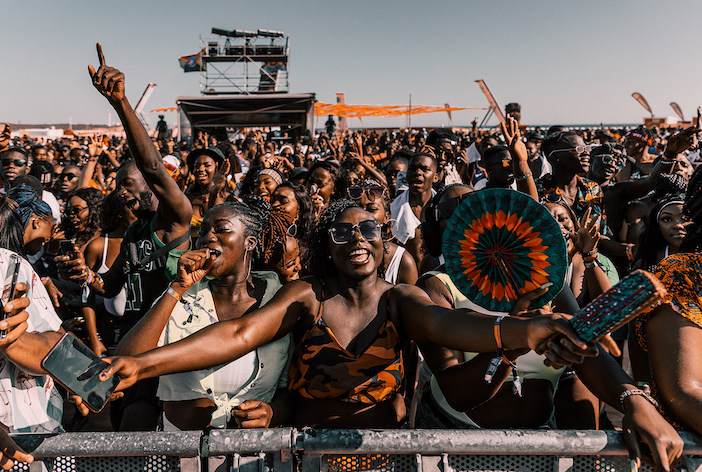 Safety over everything. That is the approach that government officials around the world are taking to help combat the spread of the Coronavirus Covid 19. Puerto Rico is amongst the latest to issue precautionary measures. Governor Wanda Vazquez Garced declared a state of emergency after suspicions of multiple cases of the virus. At the time […] Flight Deal: Fly Nonstop From New York To Puerto Rico For As Low As $81

Yes, you read that correctly and no it’s no typo. Despite everything going on around the world, flight prices are dropping left and right. We came across nonstop routes from New York to San Juan, Puerto Rico starting as low as $81. The $81 flights are via Frontier, but for $96 roundtrip you can fly […]