What It Means To Be Black In Brooklyn

The songs written by Jay-Z and Notorious B.I.G., the neo-expressionist paintings of Jean-Michel Basquiat, and Spike Lee’s film that portrays life in Bedford-Stuvestant titled, “Do The Right Thing,” all have one thing in common: their art forms illustrate a long struggle towards equality in Brooklyn and the impact black New Yorkers have made on the culture as we know it today.

And before them, there were other influential black leaders residing in Brooklyn that told us the story of how blacks overcame the struggles during one of America’s most segregated era, including Susan Smith McKinney Steward, the first black female doctor in the state of New York and Elizabeth Gloucester, a black abolitionist, who invested in Brooklyn real estate and died one of the richest women in the United States. Their success represents the resilience we see from blacks residing in Brooklyn today.

In an interview with Black-Owned Brooklyn founders, Cynthia Gordy Giwa and Tayo Giwa, a digital platform that spotlights black-businesses and their owners,  Travel Noire spoke to them to hear more about what it means to be black in Brooklyn.

Related Post: How To Spend A Day In Black-Owned NYC

Travel Noire: Tell our readers more about Black-Owned Brooklyn and the inspiration behind it.

Cynthia: Black-Owned Brooklyn is a digital platform spotlighting Black-owned, Brooklyn-based businesses and the people behind them. We spotlight our favorite places to make it easier for more people to discover and support them, and we do it as a free community service.

The project also documents Black life in Brooklyn, including our long history in the borough, our diverse cultural contributions, and the everyday lived experiences that bind us as a community. We’re especially interested in documenting these stories against the backdrop of a gentrifying Brooklyn, where these contributions often get overlooked or forgotten. We believe our world is just as interesting as any other world. Accordingly, we approach our storytelling in a way that is thoughtful, culturally aware and, always, from a place of love.

TN: How would you describe the Black culture in Brooklyn?

Cynthia: Broad. You can see the influence of Brooklyn’s Black culture in the murals; in our restaurants; the music you hear on the street; personal style; block parties, parades, and other open-air celebrations. But it’s a mix of so many different things. Black Brooklyn is Caribbean, American, African and Latinx. We are Brooklyn natives with longstanding, generational roots in the borough, and we’re new transplants. We are LGBTQ and straight, and we encompass people of all different ages.

Related Post: What It Means To Be Black In Harlem

Sometimes ‘Black Brooklyn Cool’ gets commodified as a brand or marketing gimmick. What we’re interested in is the everyday Black Brooklyn that gives the borough so much of its soul and flavor. It’s not about people being ‘cool’ but people just being their authentic selves.

Tayo: There are community organizers and scholars who can speak to this better than us. But yes, it’s famously happening in Brooklyn. You see it in the repairing of old homes and the building of new high-rise apartments, accompanied by new residents with higher levels of disposable income. This often results in the displacement of earlier residents. Another marker of gentrification is the businesses that move into neighborhoods with no intention of serving longstanding community members, instead, they’re looking to capitalize on the newcomers.

Black-Owned Brooklyn does cover newer businesses, but we do it with a careful eye toward ones that are inclusive to the entire community and truly investing in Brooklyn (i.e Brooklyn Tea in Bed-Stuy), while also prioritizing businesses with longstanding Brooklyn roots (i.e. Peppa’s Jerk Chicken in Flatbush).

Tayo: The New York City Comptroller’s office released a report a couple of years ago showing that from 2007 to 2012, the number of Black-owned businesses in New York City declined by more than 30%. At the same time, on the national level, there actually has been a Black business boom. But because of the higher costs of rent spurred by gentrification, it’s more challenging in New York City, and particularly in Brooklyn. That’s all the more reason to highlight and buy from local Black-owned businesses so that when we talk about so-called ‘economic growth’ in New York, Black folks are included in that.

Related Post: What Does It Really Mean To Be ‘Black American?’

But Black-Owned Brooklyn is not a response to the statistics, and our focus is not on loss or the ways in which Black people are oppressed. Our focus is on celebrating and preserving Brooklyn’s Black culture through the stories of thriving businesses that have been here for a long time, as well as businesses that are newer to the neighborhood — all proudly Black-owned and Black-serving despite gentrification. It’s really about showing love for our community.

Find out more information about on Black-Owned Brooklyn by visiting them on Instagram @blackownedbklyn. 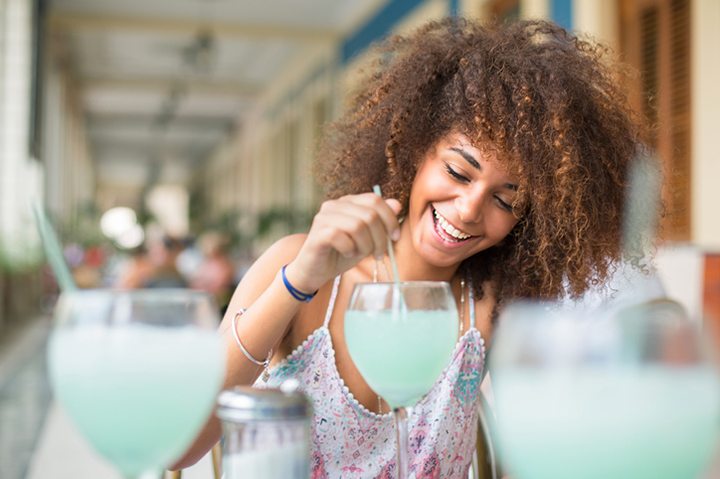