As a lifelong native of New York City, I’m often amazed at everything the City has to offer. Skyscrapers color the skyline and pierce through clouds, often defying the laws of gravity. The bustle of New Yorkers and the fact that every city-goer has a real appreciation for time, energizes me. However, the same qualities that I love about my city are draining, and I treasure time away from the excitement and fast-paced environment.

During one of my most recent trips to upstate New York, I was completely blown away by the night’s sky. Stars shined brightly and speckled the evening sky. This was entirely different from my experiences in the City. As I stared at the black and purple hued sky, I thought about The Northern Lights (or Aurora Borealis). I had always been amazed by the natural wonder. The aerial phenomenon, caused by particles from the sun colliding with the Earth’s atmosphere, is a natural technicolored light show that I had always wanted to see. As I lost myself in the stars, I thought about how I’d aggressively pursued my dreams (I’d left a successful job in investment banking for a team with no office, I’d traveled to over 3 countries & 8 international cities, and I was planning to move abroad next year). And in that instant, I knew I had to see the Lights.

As I began to plan my trip, there were several things that I took into account. I had already taken five trips in the past eight months, so I was very cognizant of my dwindling travel budget. For housing, I considered Airbnb. The platform, which hosts various renting options in over 180 countries, is known for being budget friendly. The site also hosts 34,000 properties for travelers to choose from. From Scandinavian houseboats & treehouses in California, to castles in Ireland that even a Stark would be proud to call home, Airbnb had extremely unique properties. And since I wanted exclusive access to the Lights (access that wouldn’t have otherwise been possible at a hotel) I eventually settled on a unique property just outside of Fairbanks, Alaska. The property had rave reviews from guests and it was prime location to view the Northern Lights. When the day finally arrived to head to Alaska, I was a bit nervous because I’d be stepping way out of my comfort zone. Alaska was a very different type of travel experience for me. I’d never taken a winter holiday, and I wasn’t sure I’d like it. Temperatures were still in the high 70s in New York & I was already wearing winter gear on the plane. Nevertheless, as I sat on the final leg of my flight and peered out of the window, my doubts melted away. The natural beauty of the soaring mountains peaked beyond the skyline and I was convinced I had made the right decision. 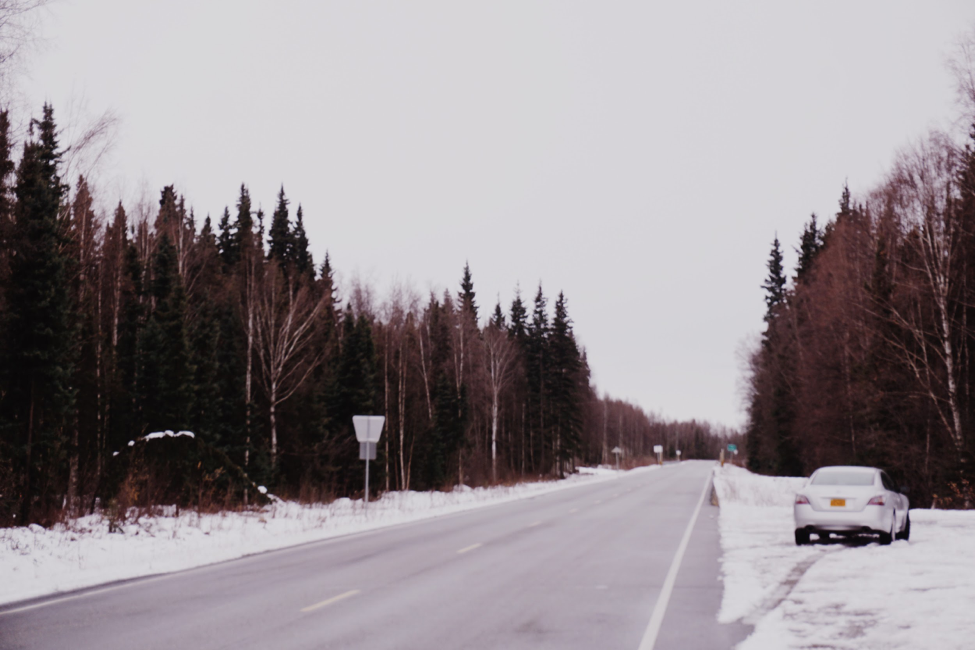 After landing, I began the drive to my host’s house. Despite all of the research I had done beforehand, no one mentioned that driving along the roads of Alaska were hazardous: not because the roads were unsafe, but because the State’s beauty was incredibly distracting. As I drove, I caught glimpses of enormous trees, ambitiously reaching towards the sky. The vast emptiness instantly allowed me to relax, which was a stark difference New York City. It reminded of all of the world I had yet to see and discover. When I finally reached my Airbnb, I was blown away by the property. Perched upon a steep hill, I could see the forest for miles. 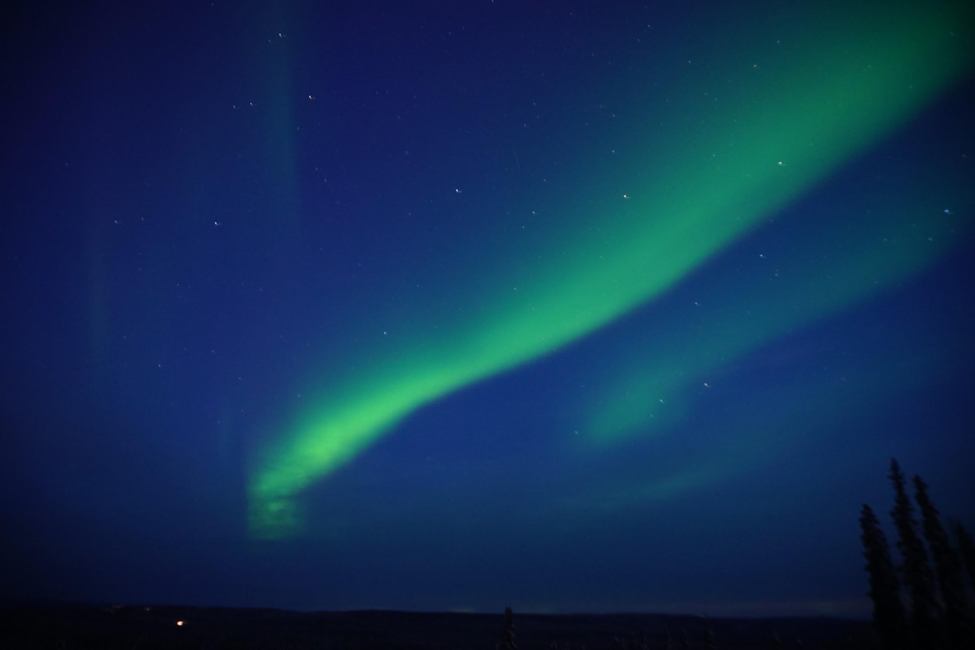 The first evening, the elusive Northern Lights made their grand appearance. Without my asking, my host spent time showing me the intricacies of capturing the Lights in all of their grandeur. The Lights were everything I’d hope they would be. They were radiant, magical, and beautifully hypnotic. We spent all night photographing, until the clouds finally enveloped the night sky and the Lights. We called it a night & I headed to bed.

As I headed out for dinner the following night, my host graciously invited me out with his family. Naturally, I accepted this kind offer! It was such a new experience for me. As a solo traveler, I’d become accustomed to dining and exploring things on my own. However, during our family style Italian dinner, we laughed, joked, and discussed football all night! We had such a good time that the men planned to watched football all day on Sunday & I too received an invite.

Although I later planned to observe the Northern Lights again, they presented an unexpected challenge. After that magical first night, they never appeared again due to poor weather. Because I’m not one to harbor on the negatives, I focused on connecting with the hosts. As we got to know each other better, our conversations ranged from politics and environment to hunting! I learned so much from them, and I found it incredible to be exchanging ideas with people with completely different perspectives than myself. It also didn’t hurt that they also made delicious meals everyday!

My last day in Alaska was tough. I wasn’t ready to leave yet. And as I begrudgingly said my goodbyes, I took one last look at my surroundings to memorialize it all.

The next morning, I checked my phone and a little note from my host was waiting for me with an picture of the Lights.

“The sky exploded tonight between 9 and 10. Hopefully we’ll see you again on good clear nights,” my host said.

Yes, you absolutely will.

This is a series in partnership with Airbnb.