I visited Venice, Italy four times last summer. It was special compared to all the other ports the cruise ship I work on had been to. We always docked for three days and two nights every time. Overnights are cherished by the crew because it’s the most time you can get off of the ship for more than an hour or two. During the day you can really see Venice. I didn’t get to explore much of it because my time was limited, but this is what I do know: 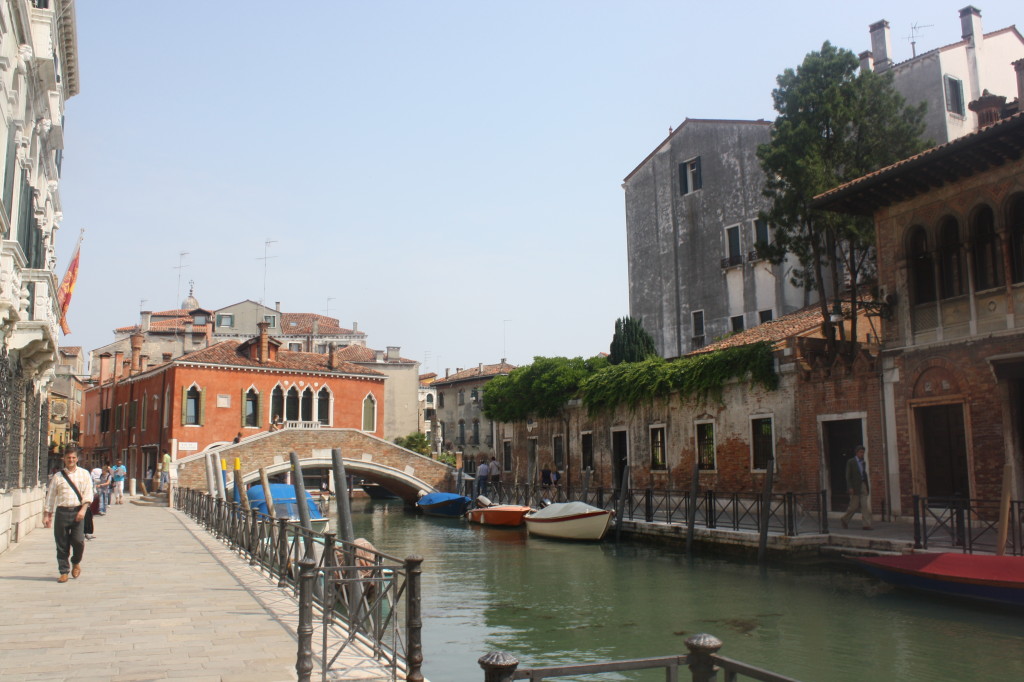 It’s a city whose bloodline is the water. Those canals are like veins and Venice is the aging grandmother. It’s steeped in history like Rome, but isn’t forwardly modern. It’s beautiful and pituresque like Portofino, another northern city, but not as striking. It’s charming and bustling like Florence is but in a more subdued way. It’s a city, but it never felt like one.

The afternoons I left the ship always felt like a mad dash to find a place to eat, primarily some place really tiny and obscure that didn’t have a caesar salad on the menu. When I did find what we were looking for there was always a cloud of worry looming over us while my friends and I sipped our negronis and slowly lingered over the last bite of fiori di zucca ripieni. And so, the inevitable time would come and we’d rush back to the ship.

Some of my fellow ship mates found Venice to be boring and I guess when we kept coming back to the same port for three days at a time I could see how the excitement could wear off. But, they didn’t see what I saw. It was at night that I really discovered Venice. My main partner in crime on these night outings was my friend Dawn, one of the singers on the ship. Sometimes a few other girlfriends would join us, but like me, she wasn’t searching for anything.

The only way I can describe Venice after midnight is like a closed museum after all the patrons and staff have gone home. Its so quiet and still. Nothing but the faint echos of distant footsteps and little cats slinking about. Walking along the canal you hear the gentle lapping of water against the boats that seem to be in repose as are their owners. Turn a corner here and you’re strolling by quiet lovers. Walk past an alley there and you can hear laughter coming from one of the apartments above.

It’s all so very intimate. It would seem that walking around dark alleys and narrow passageways at night is a bad idea, but in Venice what looks sinister isn’t at all. We had the city all to ourselves and in this setting we had long conversations about life at the moment as well as the future. Very fitting considering this aging nonna of a city may be underwater in half a century.

There aren’t really any nightclubs in Venice with the exception of Piccolo Mondo, one of the few dance clubs that are open past 2 am. If there is one place that the “youth” gather it’s Campo Santa Margherita. This square houses the Venice’s main nightlife. The first time we came to this area was on a Thursday night and it was like hipster central with people having acoustic jam sessions and lively conversation. The crowd was mostly student/young professional population which wasn’t surprising as the University of Venice and Ca’Foscari University were a stones throw away.

Every night was different experience, but there were two places we kept coming back to when we were in town. There was Bar La Bagolada owned by a Mexico City native and a Venetian. Red walls, pinatas, Pulp Fiction posters, murals of mayan pyramids, and Picasso’s Guernica decorate this cool little spot. From there we headed to a little restaurant called Osteria alla Bifora. It’s all communal tables, exposed brick walls, red candles, underneath grand chandeliers. A bottle of Sangiovese and a huge platter of charcuterie and cheese with friends from this place is locked in my memory as one of the most pleasurable experiences in my life so far.

Of course, San Marco Square is like the crown jewel of Venice. If you’re coming to Venice, you have to see it. If you really want to see it, just avoid the throngs of tourist during the day and do what I did…go at night. When the sun is gone and the people are back in their hotel beds it’s truly magnificent. You feel so small, but thats when you can really appreciate the architects of this amazing city. The buildings surrounding this massive square holds all the sound inside of it which makes for a serious auditory experience with the several bars that have jazz sextets performing Gershwin and covers of “Misty” or “Summertime.” It may have been a bit overpriced, but the vibe was so wonderful, that we ordered some prosecco and watched the band until a little after 2am.

Moments like these make me forget where I am and what I do. I love when that happens — and that’s the beauty of Venice after midnight. It’s another world. We all travel for different reasons. For those seeking life-changing, unforgettable experiences, here are a few to consider. Cruise Down The Nile Take in the ancient landscapes of Egypt with views of monuments, pyramids, and temples that existed since pharaohs ruled the land. You can find three to seven night cruises down the Nile River […] Here Are The Most Beautiful Bookstores On The Planet

Bookstores may feel like things of the past, but in these locations around the world, they are alive and thriving, merging architecture, design, and literature for unforgettable experiences. El Ateneo Grand Splendid, Buenos Aires, Argentina The location of this bookstore has taken on many personalities during its century-long existence. Once a performing arts theater, then […] 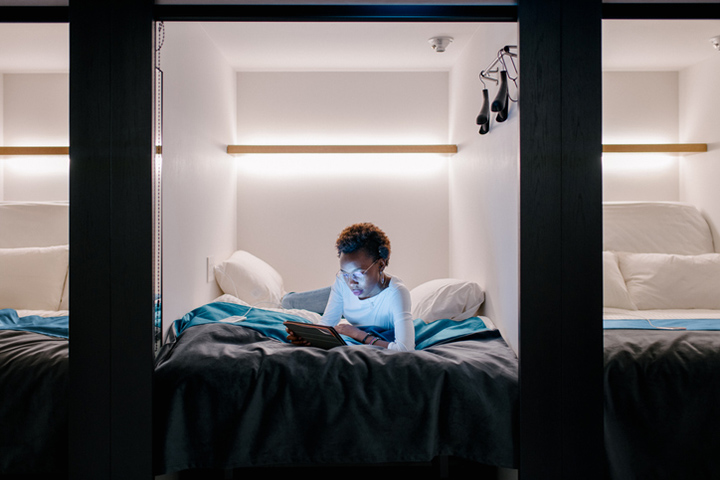