Uganda: The Pearl of Africa

My journey to Uganda was comprised of nothing short of miracles.

I quickly rushed through security and finally had a moment to breathe and think about the journey to Uganda I was about to embark on. I pursued a career in international ‘development’*, because I found the sector to be polarizing. The sector is overwhelmingly white, yet the countries that were typically serviced were non-western. Did that mean that we people of color weren’t interested in development – opting to pursue other high-paying careers – or that the picture of development is singular as to not include the diversity of workers? Either way, I wanted in. I moved to Uganda to work with a small NGO to develop their Small Business Development Initiative, which included a micro finance program, savings program, and financial literacy-training program. I arrived into Uganda late one Friday night following a long 32-hour journey, which took me from New York to Brussels to Kigali, and finally left me in Entebbe, Uganda. My supervisor and another fellow co-worker made the journey from Jinja to Entebbe to pick me up from the airport. We drove into Kampala and checked into the Scroll Inn, a faith based modest hotel with an in-room bath and ample mosquito nets. 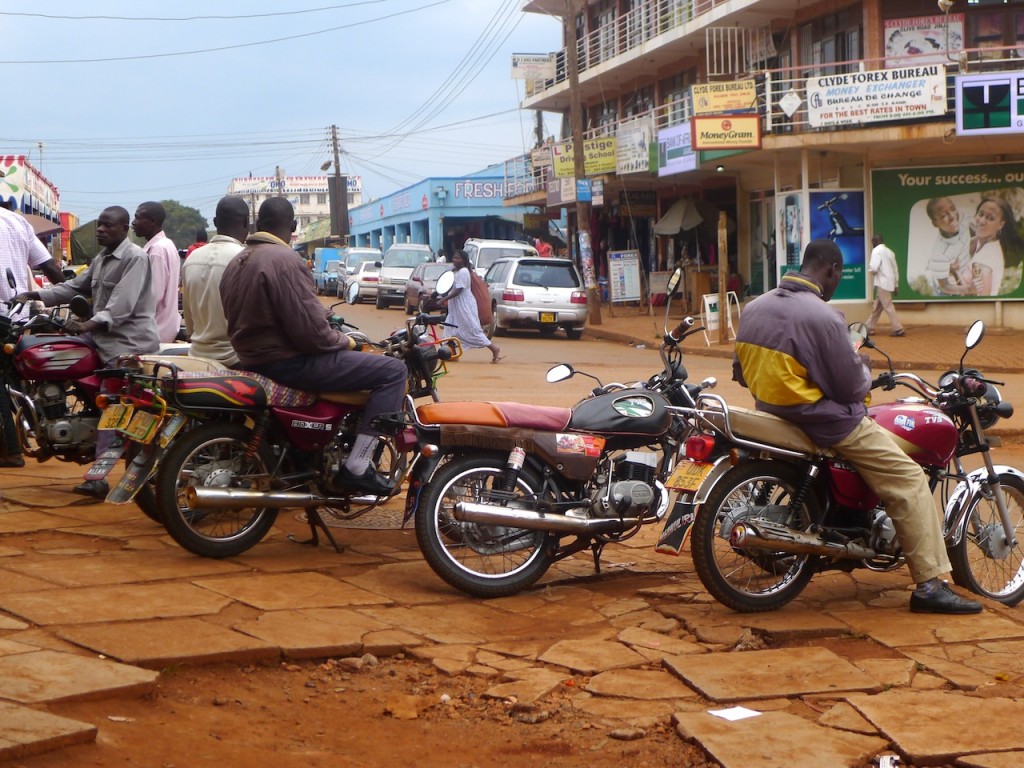 To move out and about around various parts of town, we used the “boda-boda,” a motorcycle and taxi all in one. You typically sit on the back of the driver and hold on for dear life. For short trips (less than 5 minutes between you and your destination) it is relatively inexpensive to ride. I mounted the boda-boda for the first time in Kampala, and in hindsight am thankful my first experience was in the country’s largest and most populated city. The drivers will drive extremely fast, weave in and out of traffic, ride up onto sidewalks, and with it all, it is apparent safety is not their main concern. Most drivers and passengers for that matter do not wear a helmet, as Ugandan law does not require it.

On my first full day in Uganda, my co-workers and I were fortunate enough to get tickets to a Ugandan Crane’s (the country’s national football team) game. Spectators constantly blew into vuvuzelas. Upon winning the match, fans rushed the field in celebration. The stadium even turned on the water hose in an attempt to remove people from the field, but that just encouraged more people to join the party! After the game, we hopped on a boda-boda back to the hotel to gather our things and make the two hour journey East to Jinja where I stayed for the summer. 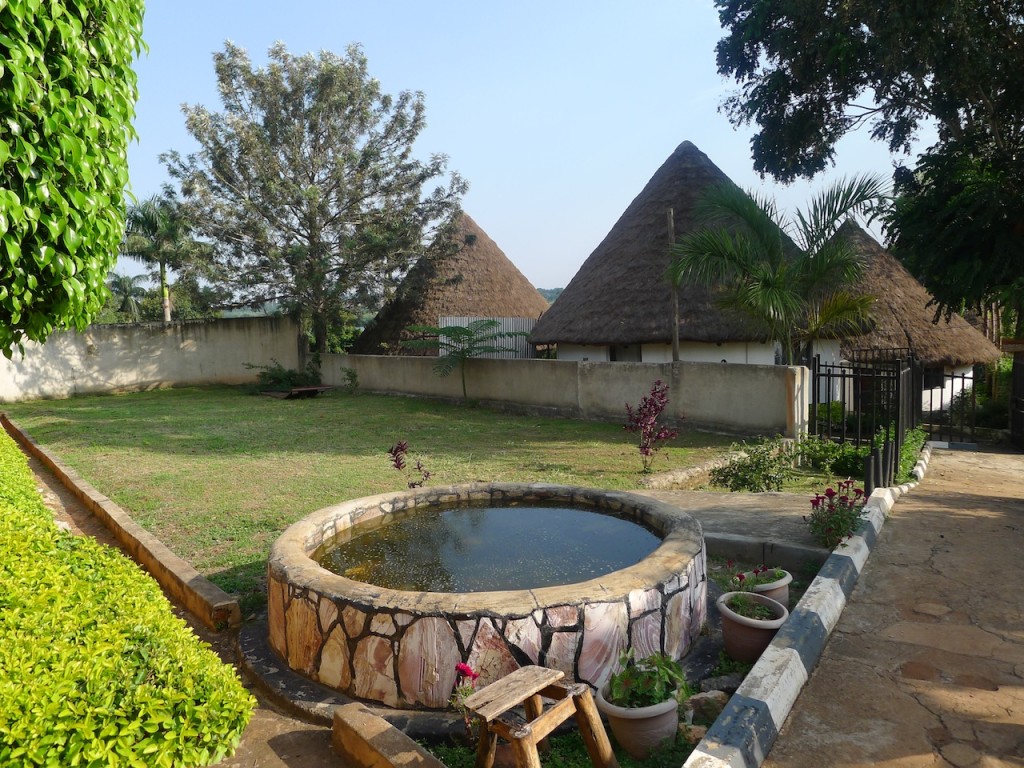 Prior to moving to Uganda, I had no pre-conceived ideals of the country nor its people. And yet when I arrived in Kampala, I did not find an angry place nor a hostile people; I found quite the opposite, a place filled with those eager to engage in conversation, stories to tell, those who would willingly invite me into their homes and share a cup of chai, with those who would rather walk miles with me describing countless ways particular sites and experiences were pivotal in their childhoods, with those who would sit under the mango tree and laugh and talk with me. Throughout my time in Uganda, I lived in Jinja, Uganda’s second city. I traveled to many villages throughout the Eastern part of the country, often spending 5-7 days there. Each part of Uganda is different from the other and offers a range of living experiences. While I stayed in the village, I forgoed running water and electricity, whereas in Kampala and Jinja town the aforementioned utilities were more present yet never consistent. 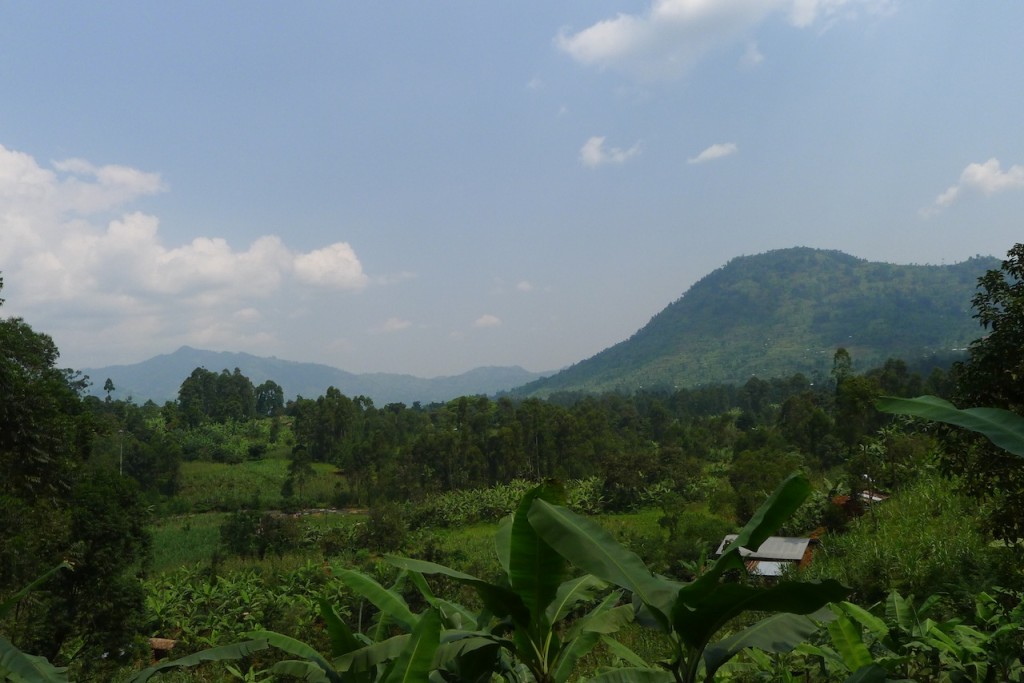 I began to look forward to quiet mornings in the village, where I awoke to the sun shinning brightly into my room, to the voices of children up before dawn even broke, rushing to the nearest bore-hole with dust covered water jugs, ready and anxious to quickly fill their containers with their household’s daily water supply before they even left for school that morning. I appreciated the slowing down of my life. I became comfortable with the chickens that never respected boundaries, roosters that would scurry into any room whenever there was a door open. I began to memorize afternoon weather patterns based on the previous day’s routine. I knew to expect it to rain between 1pm-3pm every single day.

Aside from the obvious beauty of the country, what I loved the most about Uganda were the experiences its allowed me to have. Ugandans made me feel as if Uganda was home. Ugandans live their lives with immense joy for the moment. While it took me a while to adjust, I became comfortable to the slower pace of life. I began to crave it. Uganda gave me everything I wanted and everything I never knew I needed. When I left, I finally understood why Uganda is referred to as the Pearl of Africa.

*the astrick here denotes that I struggle with the uncomfortable general ideology of ‘development’. It is meant to show you, the reader, that I find the idea of development and doing development in foreign countries to be one that is complex, multifaceted, at times problematic, one that brings about many unintended consequences and more times than not creates more problems than it was intended to solve. If you are interested in discourse surrounding the critiques of  international development, I highly suggest you read: James Ferguson’s “The Anti-Politics Machine”.

Udodi, affectionally referred to by her middle name Chinye is a scholar of life and explorer of the world. A lover of flowers, chocolate, politics, green juice, and all things financial. She hopes to encourage people to travel with their hearts open, daring to dream big, and go far. She hope to inspire others to seek out Africa and to travel to experience the beauty, richness, hospitality, and love of her home continent. Best piece of advice she's been given: Take a journal to express yourself. Fill it with your dreams, desires, vision and inspiration. Use it as a catalyst to rouse the thoughts through your eyes.