Whether you realize it or not, history’s foremost activists have been inspired in part (if not entirely) by their journeys outside of the regions they advocated for. Beyond offering opportunities for respite and adventure, travel has long provided activists of the diaspora with insights into global systems of White Supremacy.

It is fitting, then, that the philosophy of the American Civil Rights Movement was shaped in large part by the international travels of a theology professor more than twenty years earlier. In the early ‘20s and ‘30s Gandhi’s philosophy of ahimsa (nonviolence), along with his accomplishments as an anti-colonial leader in India, received a great deal of attention within the black press and in conversations among black American activists.

Howard Thurman, a theology professor teaching at Howard University at the time, had grown increasingly interested in Gandhi’s ability to merge religion and politics and wondered how this might apply within the United States. In 1935 when a group of Christian students in India invited Thurman to a six month speaking tour at various universities, Thurman embraced this as an opportunity to finally engage Gandhi and understand how his teachings might aid in the black struggle for freedom.

The trip, which Thurman dubbed the “Pilgrimage of Friendship,” was riddled with countless obstacles from the outset. British colonial rulers, fearful of how conversations between black American intellectuals and Indian activists might threaten global systems of power, attempted to block the trip countless times to no avail. As Thurman’s group traveled throughout India, their every movement followed closely by British spies, they were met with a great deal of positivity from Indian’s well informed on the American struggle against racism. Yet the visit also sparked many uncomfortable moments, particularly when Thurman was questioned on how he could identify as a Christian when so many Indians viewed it as the oppressive religion of colonialism.

RELATED: Was Gandhi A Racist?

These tough questions continued when Thurman finally had the chance to speak with Gandhi, as Thurman began the conversation by asking why Gandhi did not allow black South Africans to participate in his movement against taxation and restrictions on movement. Gandhi responded by saying he did not believe they were ready at the time, primarily because “they would not have understood the technique of our struggle nor could they have seen the purpose or utility of nonviolence.” While Thurman recognized the moral blind spots and anti-Black limitations within Gandhi’s framework, he nevertheless was eager to understand how individuals and communities could be trained in the practice of nonviolence.

Through conversations with Gandhi, Thurman was able to broaden his strategic framework and recognize the similarities between the Jim Crow rule of the South and the British colonial presence in India. Thurman returned to the United States energized by his newfound international solidarity as the American struggle was no longer isolated to a small minority, but instead part of a global resistance waged by the oppressed peoples across the Earth. From India To The American South

The book Thurman wrote upon his return to the United States, Jesus and the Disinherited, would go on to shape Rev. Dr. Martin Luther King Jr. in profound ways, so much so that it is reportedly one of two books King would carry in his suitcase whenever he traveled, with the other being the Bible.

Thurman’s insights into the transformative potential of travel were at the heart of King’s first international trip to Ghana in 1957, when he and his wife Coretta were invited by Prime Minister Kwame Nkrumah to celebrate the country’s newfound freedom. The experience was deeply moving for the young reverend, who had recently celebrated the success of the Montgomery bus boycott and was turning his attention towards greater issues of injustice. As King witnessed the British Union Jack being lowered before millions of excited Ghanaians he could no longer restrain his emotion, “Before I knew it, I started weeping. I was crying for joy. And I knew about all of the struggles, and all of the pain, and all of the agony that these people had gone through for this moment.”

Following in the footsteps of his spiritual mentor, King traveled to India to deepen his understanding of Gandhi’s philosophy of nonviolence. These travels not only provided new insights into the anti-colonial struggles being waged throughout South Asia and across the African continent but helped him understand America’s role as a purveyor of military violence and imperialistic reign. King recognized that his commitment to peace and justice could no longer be confined to the borders of the United States, but must extend beyond to those victimized by its militaristic might and insatiable desire for conquest. 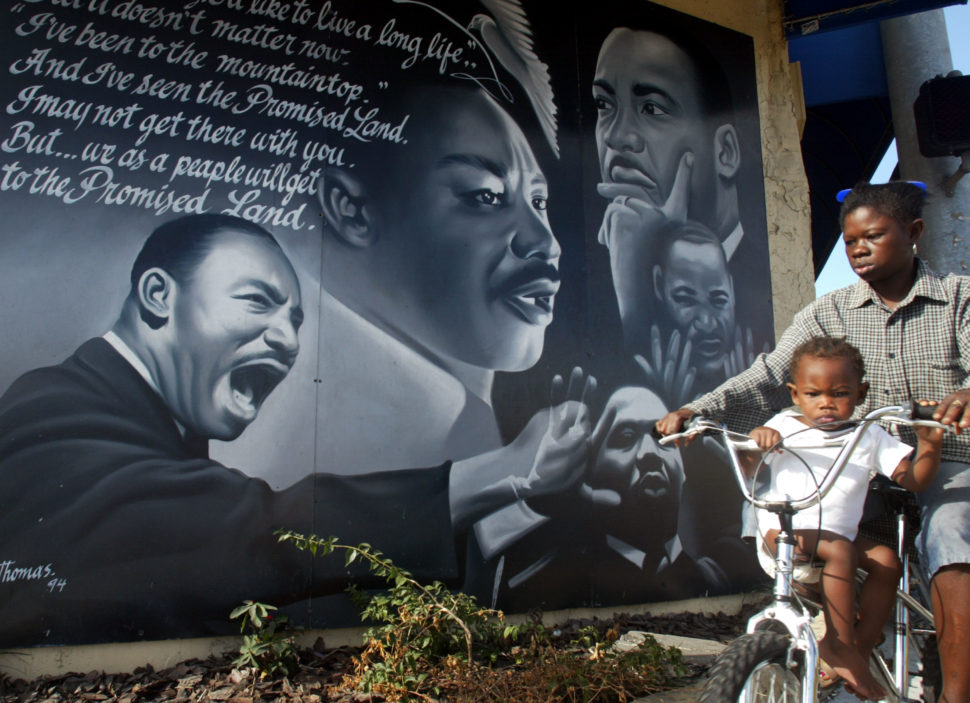 This international commitment to nonviolence is best demonstrated in King’s late sermon, “Beyond Vietnam: A Time to Break Silence”, in which he diagnosed the spiritual maladies of the country and its effects upon the global order. King’s prescient ability shines when he recognizes that so long as American imperialism remains unchecked, activists of the future “will be concerned about Guatemala and Peru. They will be concerned about Thailand and Cambodia. They will be concerned about Mozambique and South Africa. We will be marching for these and a dozen other names and attending rallies without end unless there is a significant and profound change in American life and policy.”

To understand how activists of today can continue the legacy of learning through travel I spoke with Dr. Sarah Azaransky, a professor at Union Theological Seminary who has written about the international network of activists and intellectuals that shaped the Civil Rights Movement. When I asked where activists of today might travel to gain insight into the American political landscape, she suggested the following destinations as areas to foster strategic creativity and fresh insights:

Not only does Brazil possess a racial history that shares similarities with the United States, but its recently elected president Jair Bolsonaro has been dubbed as the Trump of the Tropics. Activists concerned with issues of police violence, land rights, and organizing under a fascist regime may develop new strategies and tactics through traveling to Brazil and learning from local organizations working to resist these injustices.

For activists concerned with environmental issues and the devastating impacts of capitalism, Thailand is a destination that may provide valuable insights. The work of Sulak Sivaraksa, a social activist known for his development of a socially engaged Buddhism, has brought a spiritual dimension to understanding the ethical concerns of capitalism and how it informs our relationships to the environment and all living beings.

With nearly everyone visiting Ghana this past Christmas, the space has been a burgeoning site for individuals looking to gain insight into the diaspora and connect with their roots. The work of individuals, such as Ben-Willie Kwaku Golo at the University of Ghana, can also provide activists with insights into the powerful role religion can play in shaping conversations surrounding activism, environmental ethics, and capitalism.

How has travel impacted you as an activist and where do you plan to visit in 2019? Written by Gabrielle S. Clark Take a look at your social media feed. Chances are, that on any given day at least a few of your peers travel abroad. For the average Black professional in the U.S., travel is a luxury that’s easily embraced mostly when it’s time to recover from the hectic pace of the […] Written by Prince Shakur I arrived in Standing Rock, North Dakota for the second time back in the winter of 2016. For months, indigenous leaders like LaDonna Brave Bull Ballard encouraged other indigenous tribes and activists to join the fight against the Dakota Access Pipeline. During my time there, I casually walked around in a denim […]