Traveler Story: ‘Travel Is A Part Of My Self-Care Routine’

Since she was six months old, Charlotte native Kia Thacker has been traveling domestically and internationally. Her family members, who are avid travelers as well, exposed her early on to what is now one of her favorite hobbies.

“The summer of 1994, my mother, aunt, grandmother, and I took a family trip to the UK, Scotland, and France,” Kia told Travel Noire. “This was my first time ever traveling out of the country and at 11 years old, I was pretty excited.”

This experience opened her eyes to a whole new world and from then on she knew there was so much more to life.

Unfortunately in 2016, Kia’s mother suddenly passed away. As an only child, this crushed her and her world was literally turned upside down.

“While I had an incredible support system of friends and family to help me through my journey of grief and healing, my unexpected journey taught me that life is definitely too short, the incredible bond and value of true friendships and to seize moments and opportunities because we only have one life to live.”

Four months later, Kia found herself hopping on a plane to head to the beautiful island of Martinique with a few friends. The trip gave her the reset that she had been looking for and it also helped her to see that travel needed to become a regular part of her self-care routine.

She now aims to travel once every three months, something she has stuck to for the last 3 years.

“Flight and travel deals are the majority of the reason why I am able to travel so much,” Kia explained.

After looking for a trip that was a little different from her norm, she recently decided to travel to Iceland for 5-days. Photos of the destination were constantly popping up on her social media feeds and she took it as a sign to go. So, she did.

“When I began to tell friends and family that I was traveling to Iceland, the first thing that came out of their mouth was, “Why? Black people don’t go to Iceland.” Actually, yes, yes we do! We travel everywhere.”

Her friend found a deal through a travel company and they decided to use a group tour company. This way, they were able gain more insight on the country and the locals.

Over the course of the 5-days they were able to explore the towns of Reykjavik, Hella and Vik; the south shore of the island that included black sand beaches; Seljalandsfoss, Skógafoss, and Gullfoss waterfalls; Strokkur Geysir; tectonic plates in Þingvellir National Park, and the infamous Blue Lagoon.

“Our first night in Iceland, we set out to see the Northern Lights,” Kia said. “This was the highlight of my trip and what I was looking forward to the most. I was also very nervous because the Northern Lights aren’t a guarantee because, you know nature.”

Overall it was an amazing experience and Kia highly recommends that every traveler add the destination to their bucket list. To catch more of her adventures, you can find her on Instagram at @vittlesandadventures

Related: Traveler Story: ‘I Was Invited To Work Fashion Week In Russia’ COVID-19 has turned millions of travelers’ plans upside down. Countries around the globe are closing their borders in an effort to flatten the curve and get the virus under control. North Carolina-based traveler, Trina Diakabanzila, and her young child made a journey to South Korea to help her sister with her four children. Little did […] 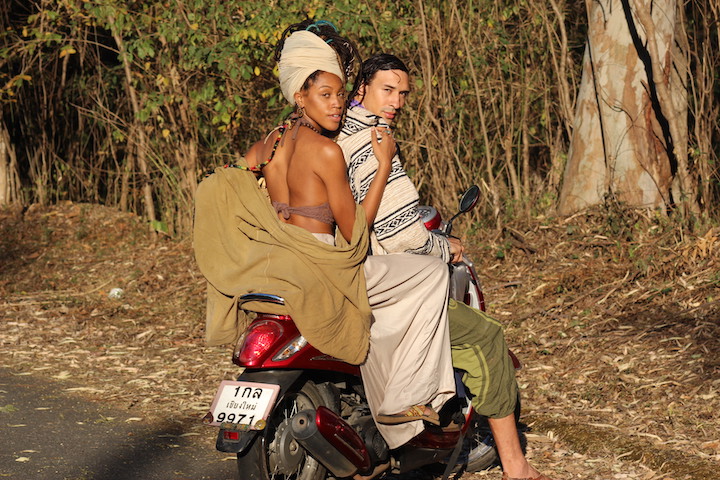 A few weeks ago, I was invited to Sundance Mountain Resort, located just 13 miles northeast of Provo, UT, for a weekend of skiing. You read that right, this black girl was going skiing. For full transparency, I had never been skiing before. I had also never been to Utah. In fact, growing up in […]