Curious about what it’s like to visit a country as historically rich as Egypt? Traveler Nikki Okrah (@nokrah) tells Travel Noire how she went from being hesitant about visiting to falling in love with the African nation during her recent trip.

Travel Noire: Why did you decide to visit Egypt?

Nikki: Personally, Egypt was not very high on my travel list, which was a HUGE mistake. I lived and worked in Dubai for a little over a year (2015-2016) and my colleagues and friends, some of whom were Egyptian, had mentioned I should not rank it highly on places to see while in the region. Instead, I opted for trips to Lebanon, Israel, Palestine and Jordan. I finally went in March 2018 because a close friend had been based in Egypt for work and another friend encouraged me to visit so we can explore the country Egypt over-delivered and it is a highly underrated travel destination. 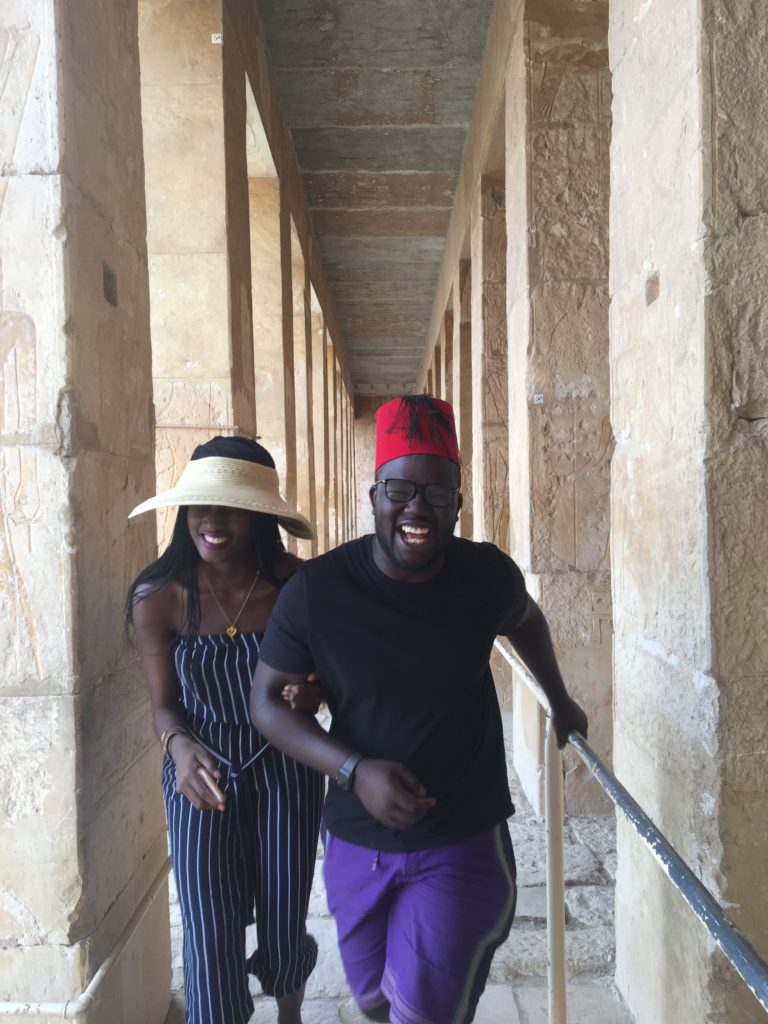 Nikki:  The entire week-long trip in Egypt was amazing, to be honest. Traveling about 1,000 miles by plane, train and car with amazing friends and meeting some new friends along the way is an experience I will never forget.

I loved visiting Karnak Temple in Luxor, and be sure to go early in the morning before it gets busy and hot! It’s so massive and there is so much history in the hidden rooms. Abu Simbel in Aswan is also nice to see in person. The Pyramids and the Sphinx did not seem as impressive after seeing the tombs and temples in Luxor and Abu Simbel. I took the train from Luxor to Aswan and it was a nice way to see southern Egypt along the Nile River.

RELATED: This Is Why Zanzibar Is The Ultimate Luxury Destination

Travel Noire: What was the most memorable thing you saw?

Nikki: I saw so many amazing artifacts, tombs and temples, so it’s hard to choose. Karnak Temple in Luxor was incredible! It’s the 2nd most visited site in Egypt after the Pyramids and Sphinx of Giza.

Most of the artifacts in the Egyptian Museum in Cairo were incredible. King Tutankhamun’s 11kg gold mask and the mummies, which included the great female pharaoh Hatshepsut who ruled for 22 years and the statue of the black pharaoh Khafre, were some of the more memorable pieces. We had a tour guide and could have easily spent hours visiting the museum. We had a rushed three hours and did not get to see everything. The museum was my favorite part of Cairo. Travel Norie: What was the highlight of your trip?

Nikki: The Red Sea, although beach and diving are not the first things that come to mind when you think of Egypt! It is absolutely stunning and the water is so clear and beautiful! It’s great for snorkeling but the water is so clear you don’t have to dive and can see coral and wildlife from the surface at some points. The Red Sea is only accessible via Saudi Arabia, Yemen, Sudan, Eritrea, Djibouti and of course Egypt, so it doesn’t get as much tourism “hype” as the Mediterranean Sea or other beaches and oceans that are bordered by more tourist-friendly countries. It is definitely worth a visit!

Travel Noire: Did you feel welcomed in Egypt as a black traveler?

Nikki: I felt extremely welcomed as a black and African traveler in Egypt. Aswan in the south was once the heart of the Nubian empire and has an interesting Nubian Museum that I enjoyed. I generally found that the Egyptian people were polite and respectful and I didn’t face any heckling or unpleasant behavior because I was a black female. I’m Ghanaian-American and typically have my hair in braids and I have ebony-hued skin, which stands out in most places that aren’t in West Africa. When I travel, tourists who are not use to seeing dark-skinned African people will try to take photographs of me without my knowledge. Egypt was the first place that locals actually intervened on my behalf when this situation occurred.

When I was at the Sphinx in Egypt posing for my own photos, I noticed a woman from a large tour group from China had her large zoom-lensed camera pointed directly at me and not the Sphinx, which was behind me. I got upset and approached her to delete any photos she had taken of me. The Egyptian man who was working at the Sphinx immediately intervened, and after I explained my frustration, he asked to the see woman’s camera so that he could go through and delete any photos of me. Simultaneously, an Egyptian tour guide from another group was intervening to try to help on my behalf. While similar situations have happened in other countries, the local people working at the tourist attraction or tour guides had never once intervened on my behalf. Both the tour guide and the man working at the Sphinx apologized profusely and told me that I shouldn’t let it ruin my time at the site. It was surprising and comforting to be seen as an equal tourist whose concerns are valid, which isn’t always the case. Travel Noire: What advice do you have for anyone that wants to visit Egypt?

Nikki: Egypt felt very safe and we were there during elections. They really need tourism so things are fairly expensive. If you go to Egypt, don’t spend more than two nights and two days in Cairo! I saw the Egyptian Museum of Cairo, Pyramids and Sphinx of Giza (both on foot/no camels or horses) and Khan al Khalili market over two days and I preferred the other cities so much more to Cairo.

Travel Noire: Would you go back?

Nikki: I had really low expectations of Egypt based off of feedback from Egyptian friends, and reviews from black female bloggers like Oneika the Traveller, whose content I appreciate. I am so thankful that I went despite all these reservations! I would most definitely go back in a heartbeat. It’s the 40th country I have visited and its definitely top five. My trip was jammed pack for a week, but there is so much history—black history—culture and incredible beaches for snorkeling and diving. Once you are in Egypt, there are a lot of affordable transportation and accommodation options and the country itself is beautiful.

I would go back to El Gouna and Sahl Hasheesh. These coastal beach towns were so beautiful and relaxing and the Red Sea is gorgeous! 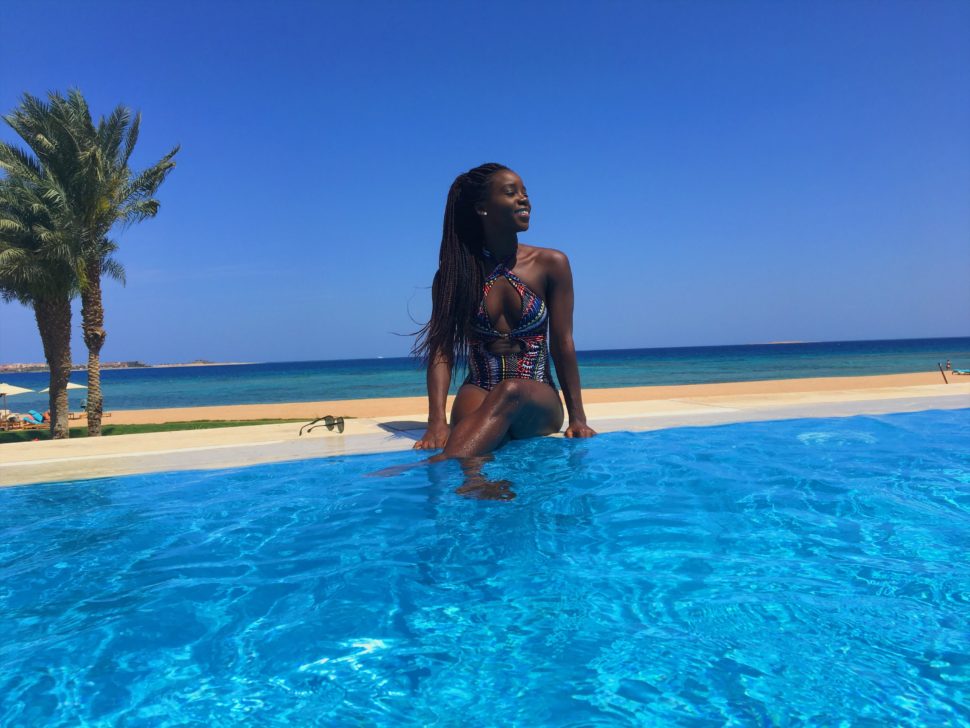 You may be looking ahead past the social distancing, travel bans, and self-isolation to where you will travel next. Based on trends from the past three years, there is a list of under-the-radar travel destinations that are quickly growing in popularity.    According to the latest data from the United Nations World Tourism Organization (UNWTO), here are […] 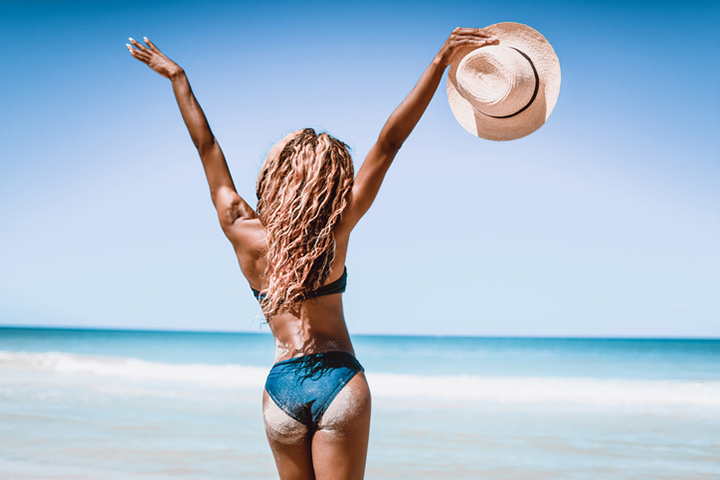