Traveler Story: I Was Invited To Work Fashion Week In Russia

Brooklyn-based fashion and travel editor, Alexander-Julian Gibbson, has had the privilege of traveling all over to attend and style for some of the world’s biggest fashion events. He was recently asked to attend Mercedes Benz Fashion Week in Moscow, Russia. Yes, that Russia.

The trip to the Eastern European country was a first for him, and he had no idea what to expect. It was never on his list of places to go but when duty calls, you answer.

Like most people, Alexander had a few assumptions about what things would be like once he arrived. Even after arriving, it took him a few days to really feel comfortable and to let go.

“I thought it was going to be awful—cold in temperature and spirit. Racist, militant, and quite boring,” he admits.

While Gibbson was always aware of his surroundings, he did find that he could be just a bit more relaxed.

He spent 8 days in Moscow and in that time he saw fashions shows, went to cool museums, ate good food, and directed and styled an amazing photoshoot for V Magazine.

According to Alexander, Russia’s take on Fashion Week has its own vibe. While it’s not as exciting as the New York or Paris events, it is a place for young and emerging talent to showcase their fashion skills.

He did experience some racism during his trip, but nothing as severe as one would assume. Alexander believes the treatment stemmed more from intrigue than it did actual prejudice.

“A lot of people really had just never seen a black person, especially one as tall, dark, and as interestingly dressed like me. I got approached quite a bit with the hopes that I was some basketball player, rapper, or other kinds of dated tall black guy stereotype. Other times I was just stared at relentlessly and unapologetically. And then sometimes people could care less.”

The food was something that shocked him, in a good way. He can’t recall having a bad meal at all during his trip. It was flavorful and hearty although not the most appealing. Many of the dishes were packed with fish, meat, and lots of butter.

Just as most photos show, the architecture was another highlight for him.

“Moscow loves grandeur. Every building is ornate, beautiful, and lined with lights. Every other Street has a light show. Many of the buildings are big and colorful. We joked that the red square was basically Disneyland,” he said.

Being able to witness how the youth of Russia were excited about change and looking forward to doing big things to battle the narrative of their country, was another plus.

“That’s always something I’m excited to see wherever I travel. Young people who care about the future and are empowered to make a change.”

All in all, it was a great trip and he definitely has plans to visit again. Next time he would like to take on St. Petersburg.

To catch more from Alexander-Julian you can find him on Instagram at @alexanderjulian. 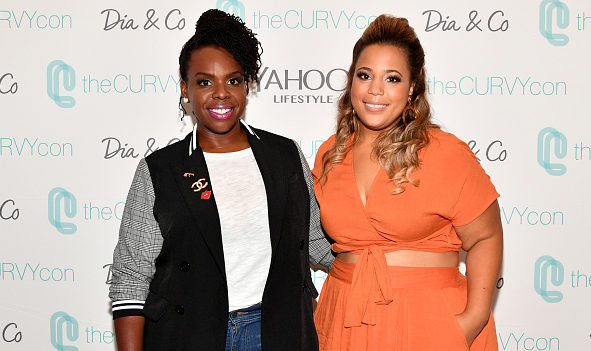 Inside theCurvyCon: The Largest Celebration of Plus-Size Beauty & Fashion

The fashion and beauty industry is currently being revolutionized by inclusivity. Retail brands and designers are taking heed to the various complexities of women. Meanwhile, bloggers and influencers of today are tapping into designated communities around size inclusivity and body positivity such as theCurvyCon. We’re 99 days away from one of the biggest statements during […]