Top 3 Places To Visit In Norway I have to say that I was smitten by Norway, and its a good thing because it eased the pain of paying around 15 bucks for a beer. I spent the past two months floating around the icy waters of Svalbard, which is the arctic Norwegian archipelago. An infinite amount of sun even into evening hours is what you get in the northern European countries. The Arctic, a good portion of which consists of Svalbard is a terrain like no other on earth. However, the country of Norway itself is a great gateway to the northern regions.

Norway, like many other Scandinavian countries, has a reputation for producing some very good-looking citizens, but the people aren’t the only beautiful thing about this country. For nature lovers and adventure seekers, Norway is a country that is top on their lists because of its wealth in natural resources. It is a country with around 5 million people, most living near the larger cities. I had the opportunity to experience the larger cities like Bergen down to the smaller cities up north, such as Tromso and Narvik.

The winters are longer and darker up north and it begins before our summer ends, there is still something to attract all types of travelers. I will warn you that Norway is very expensive like the rest of its Scandinavian neighbors, so it would be in your best interest to travel in the off-season of September to November.

The capital and most visited city in Norway is Oslo. It is one of the most metropolitan northern cities. It is the second most expensive city in the world to live in. Be prepared to pay somewhat hotel like prices for hostel accommodations, but don’t worry. Most hostels in Norway are pretty awesome.

If you’re more interested in the smaller cities with a laid back vibe, I would definitely recommend Bergen. It’s the second largest city, with great bars, cute neighborhoods, many open green spaces and a strong maritime heritage. Grabbing a coffee or beer at Cafe Opera, a very popular spot amongst locals, and people watching is a great way to pass the afternoon. It may sound boring, but you’d be surprised. Norwegians are very laid back and it’s no surprise since the quality of life is among the highest in the world.

For those into cruising and prefer the solitude and beauty of nature, then seeing the Fjords is a must. The Fjords of Norway account for most of the country’s tourism, attracting millions of people every year. It’s definitely an example of what time and glaciers can create.

For the extreme sports enthusiasts or, what others may call crazy people, Norway is home to base jumping. So if you’ve always dreamed of hurling yourself off a cliff then this is the place for you!

Gateway to the Arctic

The final frontier of Norway is Svalbard. Spitzbergen is the most populous island in the archipelago, with Longyearbyen being the largest settlement and seat of administration. This is the jumping off point for many expeditions with tourism being focused on polar bear excursions and dog sledding. However, the best time to go is the summer months to take advantage of the climate, which is still pretty cold. Travel company Zicasso is releasing an eight-day trip to Norway inspired by the Disney film “Frozen”.  If you loved “Frozen” and the characters, you’re going to love this themed vacation in Norway.  The trip is described by Zicasso as: “Mystical fjords, charming villages, and enchanting hills that are blanketed with snow will bring the majesty […] 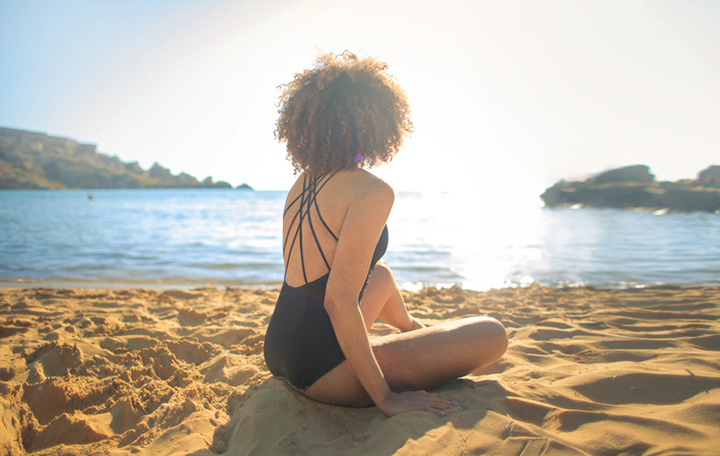 Solo Travel Among Women Is Nowhere Near Slowing Down

Solo travel has been on the rise but this is especially true for women.  A new study conducted by HostelWorld, an online hostel booking platform, revealed that women are going on more extended international trips than men and they have no intentions of slowing that trend down. Three-quarters (75%) of women across the world have […] Sommarøy, a Norwegian island, is on a quest to become the first time-free zone in the world. This island experiences 69 days of unceasing daylight from May 18 until July 26. From November until January, Sommarøy does not experience sunrise. The island, populated with 300 people, argues that they don’t need the concept of time […]