First thing’s first – No one can hold a candle to the Black and Latino barbershops and beauty salons in America. Period. We’re the blueprint for what a standard hairstyle should be.

The hardest thing about living in Australia is finding a good barber. It took me several failed attempts that resulted in missing edges and uneven beards, but I finally found a barber that can get the job done. And while there are a few black barbers here, mine happens to be from Iran. I also had a really good Indigenous barber from New Zealand, too. Living here has taught me not to judge a book by its cover. I don’t know exactly how bad it is for black American women here in Australia, but a black friend of mine from back home who also lives here, always complains that there’s never any makeup or foundation to match her skin tone. Which is crazy because the Australian natives are black. Like, black black.

Now let’s be clear, as a person of color, if you can live in America and take on the systematic and blatant racism every day with your head held high, you can live anywhere. I’ve traveled to many colonized countries and one thing remains the same – they all suffer from the same history of colorism, the erasure of indigenous peoples, and racism. Australia is no different. While it’s much more tolerable here than in America, it’s still no different.

For example, what do you do when you’re in a bar full of white Australians and Kanye West’s “Gold Digger” comes on? Are you gonna fight the whole club because they’re all yelling, “But she ain’t f***ing with no broke n***a”? You know in your heart that the N-word in Australia doesn’t have the same sting as it does if this was back home, but the American in you can’t help but wonder how to react in moments like that.

Nonetheless, as a Black-American in Australia, we’re viewed as exotic. We have an “accent,” we dress different, and we carry ourselves in a different manner that makes us stand out. So, to no surprise, we’re very well received here. And let’s just be honest, American culture is black culture, and everyone loves black culture. Since traveling abroad, I’ve literally had people of all ethnicities tell me they wish they were black because we’re “so cool.” Oh, and once they find out I speak Spanish their minds are really blown. Then I have to school them on Afro-Latinos and how Spain forced Africans into slavery so many people in the Caribbean and South America look just like me.

Now that I’ve been here almost a year, I’ve noticed the black indigenous Australians (Aboriginals or Torres Strait Islanders), don’t necessarily get the same treatment as I. They’re often treated and stereotyped like how I would be treated and stereotyped in America. I mean, there was a time in the recent past where black Indigenous children were stolen from their parents and forced to live and reproduce with white Australians in order to breed out the black blood. Do yourself a favor and research The Stolen Generation. Australia’s crime against humanity is no worse than America’s. Although, recently while watching the news, I’ve noticed that it’s typically the east Africans – the Sudanese and Ethiopians – who get a bad rap nowadays.

While I hate to see any one of the African diaspora being mistreated and marginalized in any capacity, in any country, I also have to think about my spirit and where it feels most comfortable residing. Australia has its issues, just as any country, but it’s still light years ahead of America in regard to how they deal with their indigenous blacks. I mean, some of them even get reparations. Hello, America? On top of that, the minimum wage is $19/hr, they’ve got free medicare, and get this – people don’t die by the THOUSANDS every year due to gun violence and mass shootings. You know why? Because guns aren’t allowed. All it took was one mass shooting for them to figure that out. So overall the quality of life far exceeds that of America.

My soul feels much more liberated since living here. I don’t have any sense of fear that I’ll get pulled over just for being black. I’m not afraid to walk in certain neighborhoods. While these things are minor, they do wonders for my anxiety. For me, to be a person of color in America is to be in a constant state of fear and anxiety, especially being a black male. I don’t feel like that here. Now I can breathe. Now I can think. Now my creativity can flourish. Now I can just … be. 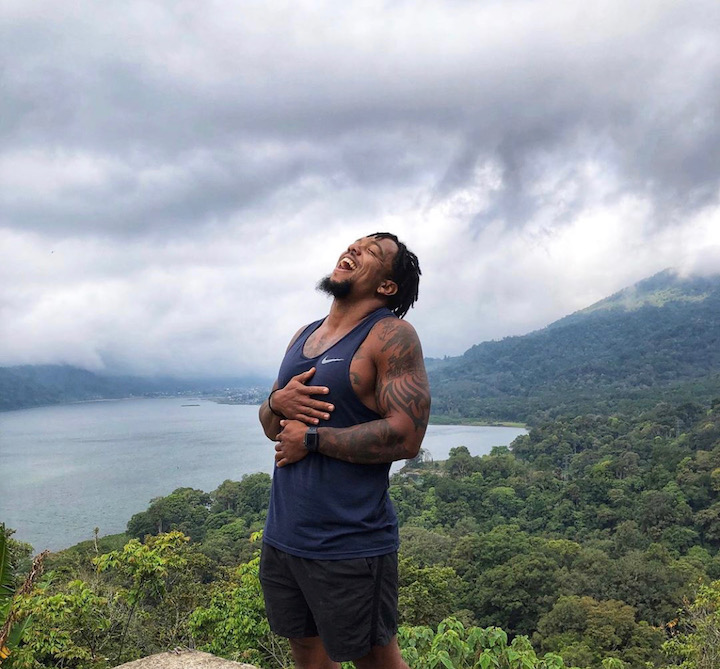