If you walk into the Museum of Jewish Heritage in New York City, you’ll be whisked into an in-depth look into the lessons of the Holocaust.

There are over 700 items of those who were murdered during the Holocaust.

From a toddler’s blush pink dress, a buckled red shoe to seafoam colored liquor bottles — the “Auschwitz. Not long ago. Not far away.” exhibition has the ability to impact anyone that walks through its doors.

One of the exhibition’s directors, Luis Ferreiro, tells CNN “the woman that owned that shoe, unfortunately, we don’t know anything about her. Those objects are the only thing that have survived a human being. Everything else is literally ashes in the wind.”

This exhibition isn’t exclusive to NYC, in fact, it’s a traveling exhibition which was produced with the Auschwitz-Birkenau State Museum in Poland.

The exhibition is a commemoration of those whose lives were taken prematurely by the Nazi’s.

According to researchers, around 1 million Jews were killed in Auschwitz alone — there were murders of over 100,000 Polish people, Russian soldiers, Romans, LGBTQ people and anyone else who the Nazi’s thought were “undesirable”.

Ferreiro told CNN the intention of this exhibition is to bring awareness to the lives of the people who were victims of the Holocaust — not only their deaths.

Being able to share the story of what happened in Auschwitz outside of the Auschwitz-Birkenau State Museum in Poland has given the curators the ability to reconstruct the telling of the Holocaust.

The exhibition encompasses three floors and takes visitors through the history of Jewish people in Europe and the series of events that lead to the tragedy of Auschwitz. It also lays out the atmosphere of the concentration camp.

Parts of the barracks from Auschwitz-Birkenau were borrowed, reconstructed and are now part of the current exhibition.

A lot of the objects on display are being seen outside of Poland for the first time while other objects were borrowed from a dozen museums around the world.

The items are a vital part of the exhibition because they stir-up the most feelings. Visitors are triggered by seeing the shirts, shoes, socks and bottles of those who were victims during the Holocaust.

The exhibition also explains how the Germans’ first concentration camp in Oświęcim was meant to make Polish people fearful by using Polish prisoners, Russian soldiers and other “undesirable” people as laborers. The Germans ended up dropping their plans on using soldiers and prisoners as laborers and then turned to their most hated group, the Jews.

According to CNN, a woman visiting the exhibition shares with a stranger that she is overwhelmed by the charts, maps, books, and publications the Nazi’s used to justify their hatred against Jews. She also says she regretted going to the exhibition by herself because it was such an overwhelming experience.

Bronia Brandman, an 88-year-old Holocaust survivor, tells CNN “I was very impressed with the exhibit.”

Brandman, along with other Holocaust survivors, got to visit the exhibit before it opened to the public. She also says the exhibition doesn’t quite convey the true horrors of the camps because there is no way that it ever could. Brandman advises visitors to not rush through it and to spend at least three hours taking it all in.

“Auschwitz. Not long ago. Not far away.” will be running through January 3, 2020, at the Museum of Jewish Heritage in New York City. Immerse Yourself Into the Whimsical World Of Dr. Seuss World At This Interactive Exhibit in Toronto

If you were raised on Dr. Seuss’ books, you’re familiar with the classics “Green Eggs & Ham,” “One Fish, Two Fish, Red Fish Blue Fish,” and the the legendary, tale of “The Cat In The Hat” that had us wishing we could be as carefree as Thing 1 and Thing 2. If you’ve ever wanted […] 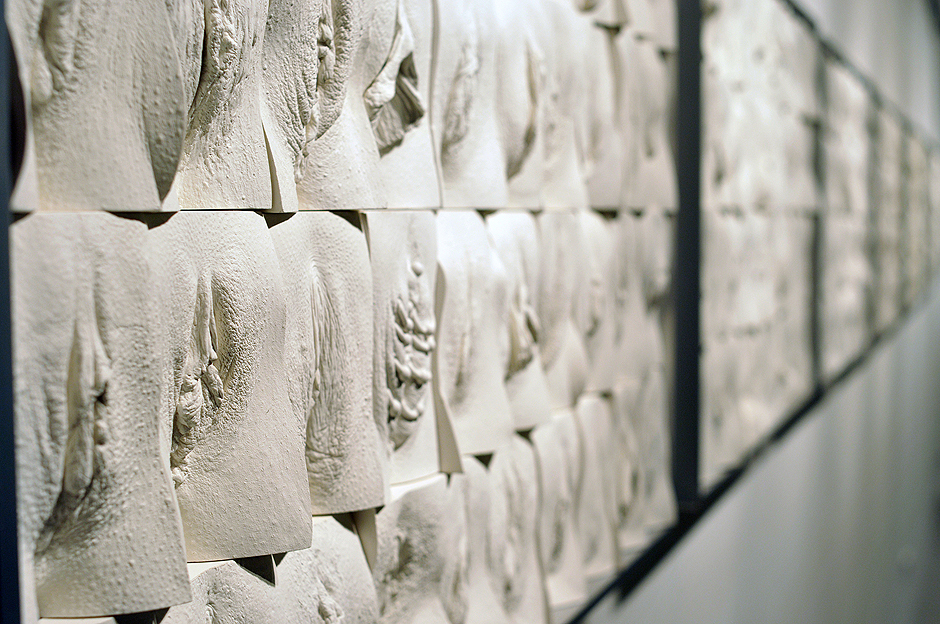 Mark your calendars because this November, the world’s first museum dedicated to the vagina will open in London. The museum was made possible after a Crowdfunding campaign raised £50,000 (about $62,000). Founded by Florence Schechter, The Vagina Museum will “educate visitors about vulvas and vaginas while challenging the prevailing stigma surrounding them” (CNN). Schecter came […]