The Black Expat: ‘Stereotypes About India Are Unfair’

Le’Ana Freeman was in born in San Francisco, California and raised in Washington. She’s currently an English teacher working in Bangkok, Thailand. She started traveling when she was 19 and has been abroad for a total of 3 years. Most notably, Le’Ana spent a year living in India.

We spoke with her via email about her time in India. 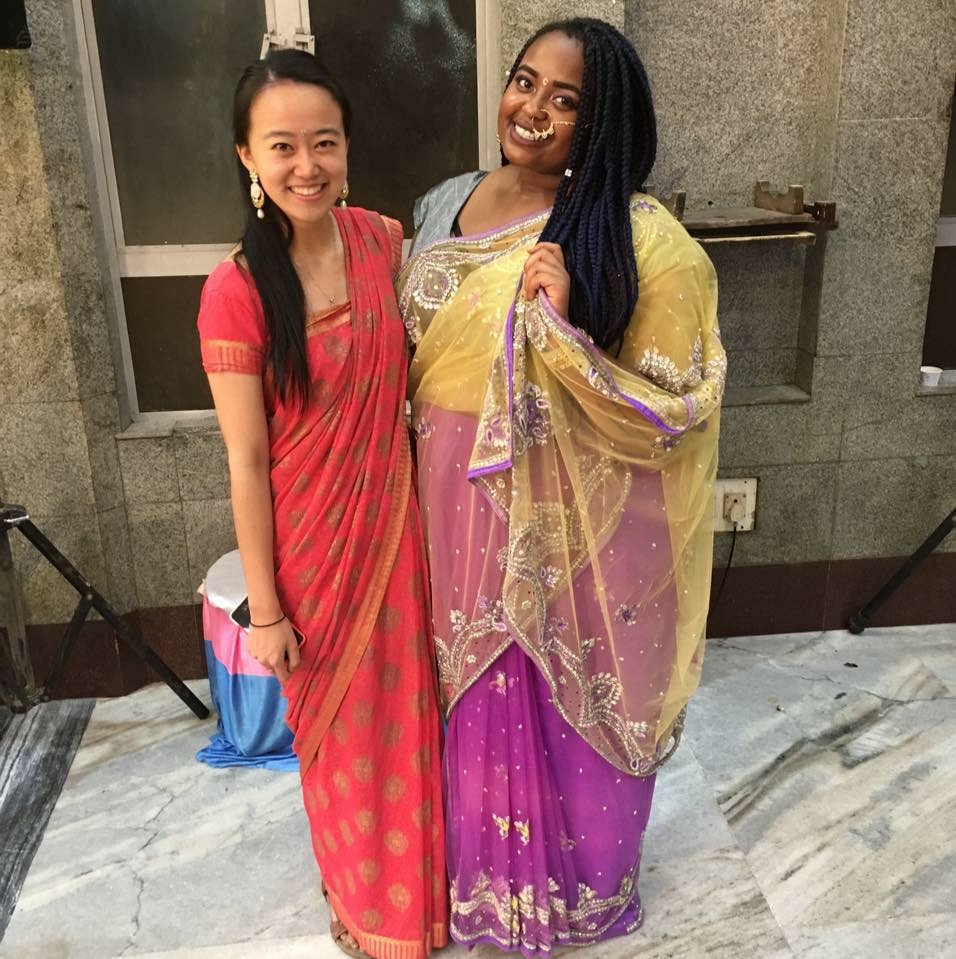 Travel Noire: When did you first visit India? Why?

Le’Ana: I first visited India when I was 19 years old, through a faculty-led study abroad program. We spent five weeks there. The goal was to be exposed to a diversity of cultural norms and varying standards of living by traveling to six cities. We either stayed with a local family or stayed at guesthouses. We stayed in rooms with dirty squat toilets and brown sink water, I got violently ill as my body adjusted, and I experienced winter 6,000 feet up in the foothills of the Himalayan mountain, in rooms with poor insulation. TN: How did you become a Fulbright scholar?

Le’Ana: The year before, I won the “Fairhaven Adventure Learning Grant,” which awarded me $15,000 to take my junior year of college off to live in South Africa and India. After this opportunity, I applied to become a Fulbright English Teaching Assistant (ETA) in India. I became one of two African-Americans to win that year. We were the first African-Americans to win a Fulbright in Western Washington University history. The “Fulbright-Nehru Fellowship” to India is the most competitive category and only granted to 20 scholars in the United States. I was selected to work in Chennai, India at an all-boys school during the week and a women’s college on Fridays. I wore the traditional Saree and Salwar Kameez when teaching, I taught in open-air classrooms in 100-degree weather and spent a lot of time with middle-aged Indian women. TN: Describe for us, what it meant to be a black woman in India?

Le’Ana: Being a Black woman in India was a multifaceted experience. I did find myself more sexualized here because most people’s only real frame of reference of black women were from music videos, media, and pornography (so I was told). As a woman of any race, you’ll have to be so much more aggressive and insistent on whatever it is you need.  You also get quite a few stares and people asking to take photos with you; especially when you travel the rural areas. All in all, I take in the fact that I am dark skinned, plus-sized, and always have colorful hair so my experience may be teetering on extremes. TN: What was the country like as a whole?

Le’Ana: You cannot think of India as a whole if you want to understand it. There are hundreds of languages spoken. It does have a strong smell that stems from pollution and waste at times, but also you can smell incense and oils during worship. I will say there is a great deal of poverty. You’ll see many malnourished children, beggars, and people living in challenging situations. But on the other hand, you’ll see a culture devoted to color, immaculate ashrams, and temples.

TN: What is one stereotype about India or Indian culture that you found not to be true?

Le’Ana: Stereotypes about India are unfair because they only tell half of the story. What people don’t know is, India used to be one of the richest countries in the world. You can see through booming economic, medical, and technological fields that the country has risen above unspeakable atrocities. When the world refers to India however, they talk about poverty and filth. The world’s most expensive condo is in India. The friends I made there grew up with lives that mirror the “Rich Kids of Beverly Hills.” TN: What tips can you give to those looking to explore India?

Le’Ana: When traveling India, abandon how things should be. You’re not in India to experience an American lifestyle, with an Indian aesthetic. You should consider getting the vaccinations; you’ll be exposed to more pathogens than your body can initially handle. Start a multi-vitamin regimen a month before you leave and take 1000mg of vitamin C every day you’re in India to maintain your health. Pick up the malaria medicine Malarone or Doxycycline if you’ll be traveling outside the cities. Don’t be afraid to date local people. Go out to the clubs and dance to Bollywood, Latin reggae, and hip-hop fusion music. Travel the country, and spend a couple of weeks eating at restaurants before diving into street food.

TB: Where can we find you on social media?