[ ik-spohz ] To introduce someone to a subject matter or area of knowledge.

For Chattanooga chef Kenyatta Ashford, introducing high school kids to the culinary arts industry is a passion and his mission.

Chef Kenyatta was born and raised in New Orleans and was one of seven children in his household. The memories of his entire family coming together over meals were something that always stuck with him when he got older.

He started his career as a teacher but wasn’t sure if that was the path that he wanted to take forever. His wife’s family was in the food industry and he spent some time assisting them. That is what officially inspired him to get into culinary arts.

He and his family moved to New York so that he could attend The Culinary School of America. After a chef from New Orleans took him under his wing, Chef Kenyatta was even more inspired to give back.

“I’ve always had a heart to give back to our people, it’s a passion of mine,” Chef Kenyatta Ashford told Travel Noire.

He eventually made his way to Chattanooga where he and friend Carmen Davis started a supper club that they called ‘4 Courses And.’ The dinners aim to join people of diverse backgrounds together for engaging dialogue around various topics covered within one musical project over four courses. Chef Kenyatta is also the Chef de Cuisine at Bridgeman’s Chophouse located in The Read House Hotel in Chattanooga.

The club’s topic of convo and theme for 2019-2010 was inspired by Jay-Z’s “Story of OJ.” The song talked about economic development in the Black community and Chef Kenyatta wanted to build on that.

But what makes the dinners even more special is that Chef Kenyatta enlists the help of local high school students from schools in underserved neighborhoods in Chattanooga.

The students are brought in to assist with all aspects of the dinner, from prep to serving.

“We want them to be as proficient as possible.”

The plan is to host a dinner several times throughout the year. Chef Kenyatta also brings in other popular Black chefs who are making strides in the industry to serve as his guest chef.

To learn more about ‘4 Courses And’ or to check out more from Chef Kenyatta, you can find him on Instagram at @chefkenyattaashford.

Related: How To Spend A Day In Black-Owned Chattanooga, Tennessee How This Tennessee Artist Is Creating Inspirational Artwork For Museums Worldwide

“When I realized that money wasn’t the end all be all, something ignited in me,” Genesis The Greykid told Travel Noire. Born in Chattanooga, Tennessee, Genesis moved around a lot due to his father being in the military. His mom literally drove from Atlanta to give birth because Chattanooga was her favorite city at the […] 5 Reasons To Add Chattanooga, Tennessee To Your Travel Plans

If the fact that Trip Advisor ranked Chattanooga in the ‘7 rising U.S. cities that should be on your 2019 travel bucket list’ doesn’t persuade you to visit, we want to add a few more things to the list. The charming Tennessee city is small but mighty and is easily accessible from several major Southeast […] 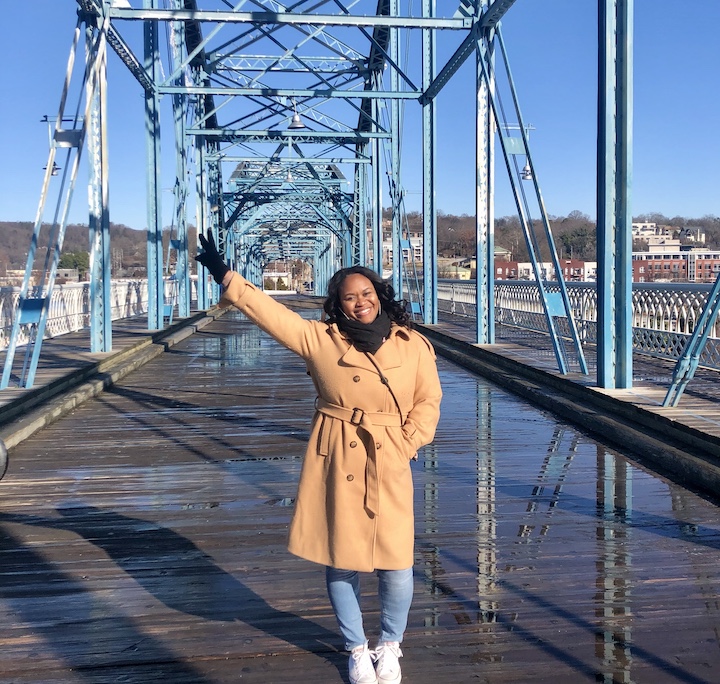 How To Spend A Day In Black-Owned Chattanooga, Tennessee

When you hear Tennessee, you normally only associate it with Nashville. However, the city of Chattanooga is just as charming, and it’s only a short 90-minute drive from Atlanta and Knoxville and about 2 hours from Nashville. If you happen to make your way to Chattanooga, here is how you can spend your time supporting […]