How To Spend A Day In Black-Owned Paris

Written by Maya Dorsey of LaVieLocale.com

Paris is one of the most visited cities in the world where people often think of the Eiffel Tower, the Louvre, and the Champs Elysees to visit for their next trip. Don’t get me wrong, the classic sites are definitely worth checking out, but there are tons of interesting neighborhoods to explore that will give you a more well-rounded view of Paris. One of the great things about Paris is how it is a hub for so many people from all over the world. If you are looking to spend a day exploring “Black-Owned” Paris here is a rundown of places to eat, visit, and shop.

Before Landing in Paris

If it’s your first time in Paris or you’re coming for the second time or a special occasion, La Vie Locale is a great resource for your trip planning needs. Maya is a Californian expat that created La Vie Locale to help people discover the non-touristy local hotspots in Paris, she also offers individualized curate trip services as well.

Once you’ve landed in Paris and have already crossed off the typical Paris sites here is a rundown of how you can spend a day in “Black-Owned” Paris. Start off the morning by exploring “Black Paris”…

To kick start your day, start off the morning learning about the African diaspora’s influence in Paris or following in the footsteps of the lives of writers such as Richard Wright, James Baldwin. You can choose your pick between several walking tours that each have their unit take.

Le Paris Noir, created by Kevi who’s originally from Martinique is a walking encyclopedia on all things African American history and the African Diaspora. In 2013, he decided to begin proposing walking tours that explore topics ranging from how jazz and negretitude come together as well as the urban diversity and discovery of La Goutte d’Or also known as little Africa.

Entrée to Black Paris is one of the first black Paris tours that started in Paris and it was created by a husband-and-wife Tom Reeves, who hails from Oakland, and Monique Y. Wells, who’s originally from Houston. Since 1999, they have been on the scene in Paris providing  Paris-bound travelers with customized itinerary planning and sharing their love for French culture and African American History through walking tours. Two of their most popular tours are Black Paris after World War II and On the Grandest of Avenues. The first highlights the lives of writers such as Richard Wright, James Baldwin, Chester Himes, and other literati; the second focuses on the lives of entertainers such as Josephine Baker and Sidney Bechet, and writer James Baldwin.

Little Africa Tours, was created by Jacqueline Ngo Mpii who offers tours dedicated to highlighting African culture in Paris. They offer a “Made in Goutte d’Or” shopping walking tour where you will explore the crossroad for African fashion and meet craftsmen, tailors, and designers from Africa. 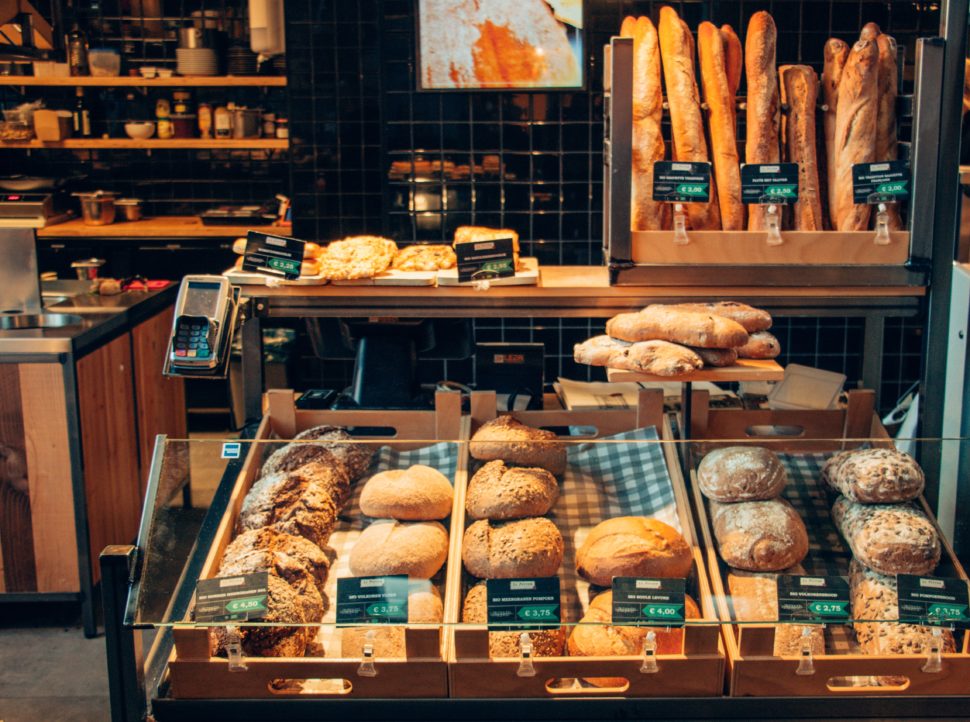 Where To Grab Lunch

After touring around in the morning you would have worked up an appetite.

BMK- Paris is a great lunch option. It was created by Mali native Fousseyni Djikine who quit his job in consulting to create an afro-chic restaurant in the heart of Paris. The restaurant is a family affair run by Fousseyni,  his brother, and father who’s big smile greets you when you enter. You can enjoy traditional Malian and West African dishes ( they even have vegetarian variations) in a beautifully decorated space, at an affordable price (dish range from about 10-15 euros).

Not far from BMK-Paris, you can also find Jah Jah, an Afro-Vegan restaurant created by Coralie Jouhier, a French-Martinican model & Daqui Gomis who first hit the scene with first vegan hot dogs tricycle ( Le Tricycle) in Paris. They opened up their first brick and mortar restaurant dedicated to vegan hot dogs and recently opened their second restaurant that combines Afro-Caribbean cuisine, particularly with Jamaican rasta culture. After grabbing lunch explore the neighborhood of La Goutte d’Or (Little Africa) for shopping for African fabrics, jewelry, and other cool souvenirs.  Maison Chateau Rouge is a great place to start in the neighborhood that combines wax print with urban street style.

Galerie Nelly Wandji is a concept shop/art gallery space dedicated to African designers and artists. The gallery is located on rue faubourg saint honoré which is well placed between the many luxury shops. It is a great place to do a little shopping and enjoy the art exposition at the moment. The owner Nelly pays great detail to make sure the space is carefully curated and it is a great way to discover up and coming artists and designers from the diaspora.

If you’re a fan of rum, BÔ is a great spot to enjoy Caribbean tapas and they carry over 70 types of rums, particularly from Martinique, Guadeloupe as well as other places like Mauritius, Venezuela, and Cuba.  BÔ which means kiss in Creole, was created by a trio of Caribbean food lovers chef Julia Sedefdjian (the youngest French Michelin star chef who is only 21 years old), and her partners Grégory Anelka and Sébastien Jean-Joseph. They also have a gastronomy sister restaurant (Baieta) that is just around the corner, if you want to have a full dinner experience.

Waly Fay and O’maki are other great options if you’re craving West African food and both places have a great ambiance.

For a memorable night out, check out DJ Baba Flex’s schedule to see which bar or club he is playing. He is one of the best hip hop, R&B, Afrobeats DJ in Paris and you’re always guaranteed a great time.

Have a bit more time in Paris and want to explore some more? You should download the 7-Day Paris City Guide! It comes complete with an itinerary, restaurant suggestions, hotel recommendations, events, and so much more. Become a TN Plus member to access city guides for Paris and other popular travel destinations.