Solo travel is not for everyone.  If the thought of going to your local movie theater alone gives you hives from anxiety, then you’re probably not ready to cross an ocean and navigate a strange city in a foreign language.  The fact that I fly to unfamiliar places, armed only with a smile and a guidebook, terrifies most of my friends.  I can understand why; America can be an extremely violent place.  This past 4th of July weekend, 82 people were shot in my hometown of Chicago.  With that kind of benchmark for violence, it’s understandable how Americans can project that context onto other parts of the world.  However, unless you’re exploring the back alleys of Caracas, Mogadishu or Kabul, the hotel you booked through Travelocity is most likely in a lovely part of town.  There are no kidnappings on the Champs-Élysées or shoot-outs in the canals of Venice. 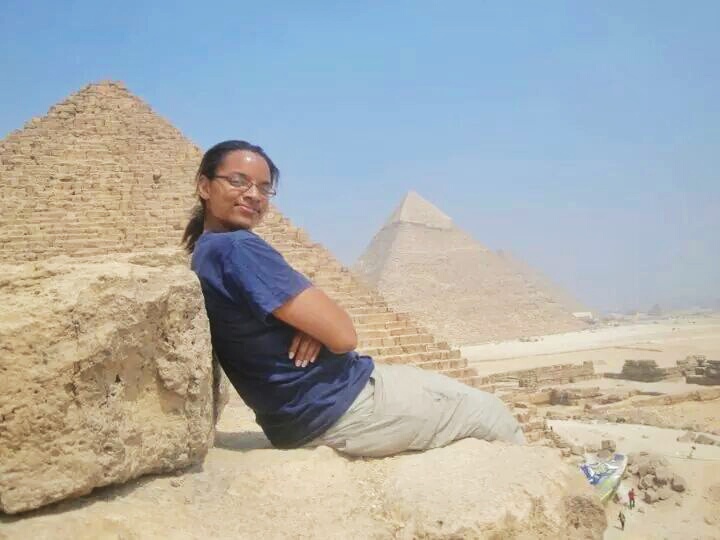 The obvious red flags that pop up in people’s minds when they hear the phrase ‘solo travel,’ are loneliness and safety.  My emotions have run the gamut while traveling.  I’ve been everything from awe-struck and teary-eyed in Egypt, flustered and lost in Greece, to annoyed and exasperated in Bolivia.  But never have I felt lonely.  I’ve had some amazing adventures by sparking up conversations with locals and fellow travelers, having completely spontaneous days, and doing things only the locals do.  I’ve also met some amazing people in the hostels that I’ve stayed in.  Like a 20-year-old who rode his motorcycle from Denver to La Paz, an Israeli couple traveling around the world with their 9-year-old son, and a British television producer learning Spanish by trekking through South America, to name a few.

As far as my safety is concerned, I try to be as street-wise as possible.  During my solo around the world trip, I stopped drinking alcohol to avoid putting myself in any compromising situations.  I partied in the streets of Cape Town during the 2010 World Cup, but chose to stay inside once the sun went down because I was uneasy with the massive amounts of men roaming around in rowdy packs.  The only real safety scare I’ve experienced was when I sensed that someone was too close to me while walking down the street in Hanoi.  When I turned around to investigate, I found myself face to face with a would-be pickpocket who quickly bolted away from me.  I blame myself for wearing my pocketbook slung over my back and inviting him to explore its contents.  However, much worse has happened to my friends and family just outside of their homes in America. A view of Iquique Chile from above.

While it would be a lie to say that every second of my solo adventures have been amazing, I wouldn’t trade them for the world.  I’ve paraglided off of cliffs along the Chilean coast, helped rescue animals in Thailand and even climbed Mount Kilimanjaro during my solo escapades.  In the 30 different countries that I’ve traveled to by myself, I’ve faced no more danger than I would while running errands around any American city.  Please don’t let America’s violence deter you from taking your dream vacation, be it solo or with friends.  The world is an amazing place and I guarantee you that once you take the leap, you won’t be sorry.

Carille is an aspiring photographer, an absentee architect, an impulsive traveler and a good samaritan. When she is not obsessing about rugby or managing life saving logistical needs for work, she is avidly trying to explore the 4 corners of the world. To date, she's been to 39 different countries! You can follow her latest travel faux pas' on Twitter: @carille1, view her attempts at capturing daily life on Instagram: @carille1 or on her website: carilleguthrie.com