Tere’ Howard spent over 15 years of her life working in the human services arena where she helped people find housing and employment in the city of Philadelphia. After growing tired of seeing the behind the scenes, she decided to move abroad to recreate her own beautiful existence.

She landed in Bangkok, Thailand where she also currently lives. She works as a professional soul and jazz singer who travels around the world singing in some of the best hotels around.

Just over 3 years ago, Tere’ received a call from a friend who desperately explained that he was being detained in Bangkok and had no way of getting out.

He had been there for over 8 months and had just been given the chance to contact Tere’ for help. He was being detained due to visa issues. As a Liberian man, he would have to physically leave Thailand, go back to Liberia to renew his Thai visa, and then seek to reenter the country. No other race of people has to do this, except those with African passports.

He was not aware of this. He had paid an agency to complete the visa paperwork for him, but they, in turn, took his passport and turned it over the Thai immigration police. They came to his apartment to arrest him.

Tere’ took it upon herself to visit the prison to see her friend and the conditions that he was being held in.

“When I saw him he’d clearly lost considerable amounts of weight,” Tere’ told Travel Noire. “He looked sick and clearly didn’t have a shower in a while. There were 2 large gates one visitors stood behind, the next was where prisoners stood. A path between them where a guard walked back and forth passing notes and small amounts of cash from visitors to prisoners. In order to communicate one had to shout to each other. The smell of sewage filled the air. What was more horrifying was there were small children behind the huge fence in the prison. Newborns, toddlers, teens in prison.”

Tere’ learned of another friend who was going through the same thing just a few years later. This time what she learned, led her to take action.

“Black men are segregated into room 8. Because many have no money they can’t afford the expensive food the prisons will order and tax from outside. They get rice in water that isn’t fully cooked and the water is faucet water unfiltered. There are 90 to sometimes 200 in one room, they sleep on concrete floors and have to take turns to sit to sleep because space is so limited.”

Tere’ began going to the prison to take care packages to those being held. She didn’t know if the guards were actually distributing them since the rule was that gifts had to be sent for a specific person.

Soon after, she was able to enlist the help of several friends in the area to form her initiative IDC (Immigration Detention Center) Cares. The members would all go to the prison to visit with detainees to see what was needed.

So that she wouldn’t fully deplete her personal funds, Tere’ came up with the idea to start raising money for these men and women. Thus, she created an event called Soul Sundays.

Through her singing and several other talented Black and brown people around Bangkok, this mini-festival was born to generate the funds needed to really help those in need.

The latest installment of the event brought in a packed house. There weren’t just Black and brown people in attendance, but all races because they too understand the need to step in and help.

“About a year ago, Bangkok went through something called ‘Black Eagle.’ Black and Brown people were being targeted. After being here for over five years I was stopped by police for the very first time and made to show my visa and identification, along with. my daughter. It’s just things are a lot stricter here now. I feel it is a responsibility to help my fellow brothers and sisters. I feel it is our social responsibility to help those who cannot help themselves.” 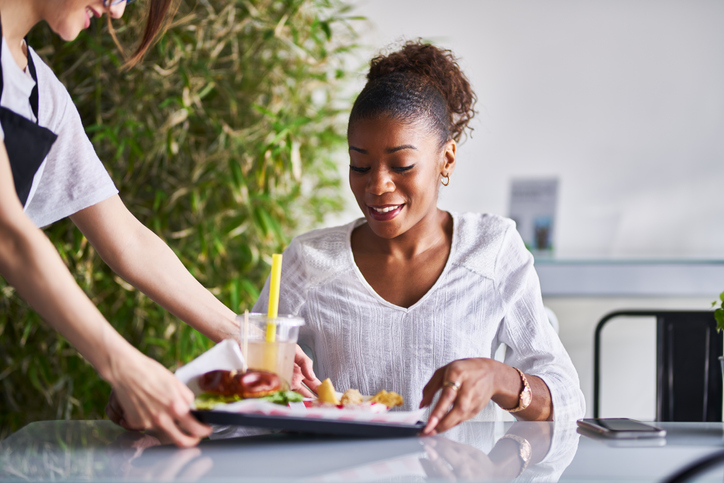 Flight Deal: Fly From L.A. To Bangkok, Thailand For Only $351

Hey West Coast fam, it’s time to make your way to the Far East. Right now, you can fly to Bangkok, Thailand from Los Angeles for as low as $351 via China Southern. This low price deal is valid for travel throughout the month of December. While it doesn’t get super cold in the L.A. […]