Sights And Sounds: These Nigerian Artists Are The Ones To Watch

It’s no secret that Nigerian artists have been dominating the music industry for the last few years. From Davido to Wizkid to Olamide, each artist has made you dance, bringing Afrobeats music to global stages all around the world.

“In Nigeria, the sound is just different,” Afrobeats artist Ayo Jay told Travel Noire. “Africans like to dance, Nigerians like to dance. So if it’s not really up-tempo and with a lot of melodies, they don’t pay too much attention to it.”

Here are our picks for the Nigerian artists to watch for this year.

His big break came after a co-sign from Drake for inspiring and writing the hit song “One Dance.” This summer, he’ll perform alongside music legends Nas and the iconic Damian Marley in London. Recently, he announced via Twitter he decided to take a brief break from the music industry, to return in March. In other words, stay tuned, we know some heat is coming.

Singer Mr. Eazi needs no introduction. His Ghanaian and Nigerian cultural background influences his music. He’s given us hits like “Leg Over, “Dance for Me,” and my personal favorite, “Skin Tight.” Check out his documentary Lagos to London, documenting his rise to fame.

2019 is going to be quite Wavy. She’s the definition of black girl magic. Stepping from behind the camera lens into the spotlight. “When I was ready for music it found me and I followed,” she said. Only one word can describe Victor’s viral freestyles: Incredible! Some could even be turned into a song. Vibe out this summer to Victor and his new single “Tire You,” this summer alongside music legends Nas and Damian Marley in London.

Sister duo Ivana and Jessica Nwokike have kept their signature sound of soulful, timeless R&B with a hint of the ’90s. Their Nigerian culture is also connected to their music, wanting to make people dance and celebrate life.

Nigerian bred, Houston fed edutainer Tobe Nwigwe puts a whole on “making purpose popular.” Between his eclectic visuals and thought-provoking lyrical content, Nwigwe is changing the dynamic of hip-hop and music. Oh, and did I mention he’s doing it alongside two beautiful black queens, Fat and Nell. Need I say more? 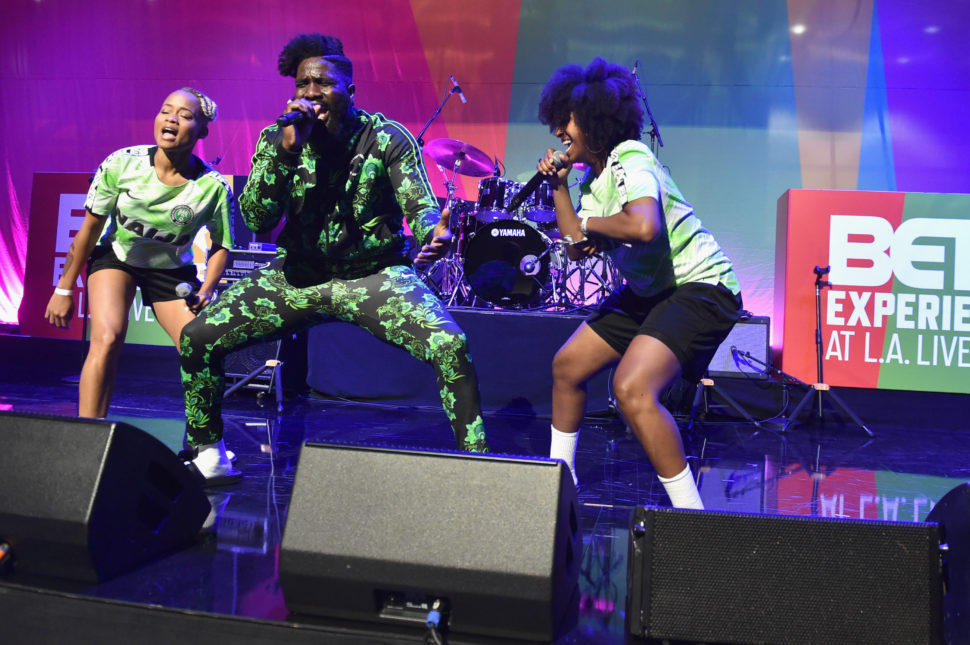 Pulse Magazine called him the hottest Nigerian artist of last year. His debut album ”Outside’‘ reached No. 3 on the Billboard Reggae Albums Chart. I’m guessing right about now Burna Boy is on a spaceship somewhere with Zlatan “Killin Dem.”

For quite some time, Nigerian artist Chinko Ekun has used his platform to encourage others to exercise their right to vote in Nigeria. He was the first Nigerian to sign an endorsement deal with Ciroc in 2013. His single “Able God” is still being played across the country in viral videos.

Music has always been in her blood, with her sister, pop singer Niniola and her late father who helped music projects. Known also as Teniola Apata, the Nigerian artist brings a soulful, sultry pop vibe to music, that hasn’t been seen before. Her early accolades earned her numerous awards including Rookie of the Year. It also doesn’t hurt they she as a bold, unique sense of fashion. The “No Longer Stupid” artist recently debuted his new EP project, discussing his hopes and dreams and the world. His newly released Bad Boy Blaq Re-Up project received over 250k streams in its first week, alone. What does that tell you? Bars. Check out the visual for his latest single “Play Remix” featuring Ycee.

Wizkid signee Terri Ryn also made a cameo in Blaqbonez’ video. Born in Lagos, Terri was discovered after a viral cover of Wizkid’s “Oshe.” Listen to the Nigerian artist gush over stress and heartbreak on his latest track, “Same You.”

Featured on Chinko Ekun’s ‘Able God,’ the viral sensation pioneered a new dance wave called the Zanku (Leg work) just in time for this upcoming summer. Guys, gals, kids, everyone can do it. Try it out yourself. I wonder what he’ll come up with next.

This Nigerian heartthrob is the ultimate triple threat: singing, acting, and dancing. She bounces back and forth between her native language Yoruba and English in her verses. Sometimes you gotta switch it up. He writes, produces, directs. He does it all. Santi is pushing forward the narrative of creatives in Lagos with the Alté movement, promoting fashion and genre-bending music, describing Nigerian youth.