Sights And Sounds: These South African Artists Are The Ones To Watch

Now, I’m not a DJ, but I bet I can make you move if I play some South African music. The diversity and complexity of South African music is far from its origin, moving into a new elevated sound. Between combining trap music with South African hip-hop, speaking on social issues, a variety of languages, and an array of classical talent, artists have helped artists reach mainstream audiences over the last five years.

Check out these South African artists ready to make their stamp on 2019.

In South Africa, when you think of deep house music you think of Award-winning Black Coffee. Only he can merge house, Afrobeats and jazz music into one tough, international sound. Creating just the vibe you need for any setting. Check out his latest release with Msaki “Wish You Were Here.”

This Nasty rapper is regarded as one of the most prominent rappers out of South Africa. Influenced by T. I. and Lil Wayne’s Carter III, his clever wordplay can bounce back and forth between English and his native Zulu language. He “takes a hot beat with no garnish,” he said in a Hot97 freestyle.

Hip hop mogul Cassper Nyovest has found his purpose in music and making history in South Africa, performing at sold-out venues as part of his ‘Fill Up’ concert series; Fill Up The Dome, Fill Up Orlando Stadium and Fill Up FNB Stadium. As a cultural entrepreneur, he’s branded himself into multi-million dollar endorsements with Samsung and Nike and businesses, such as Family Tree Shop in Newton. 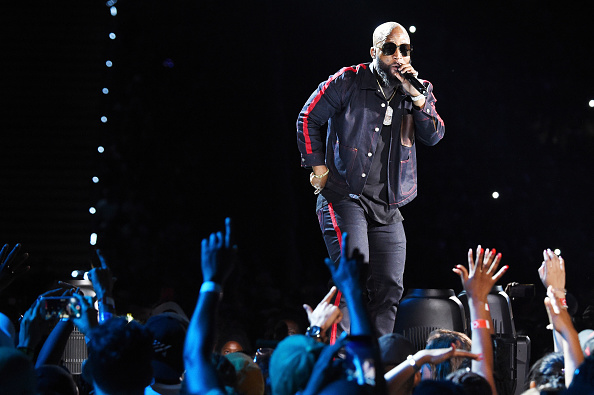 Ready to prove her music and its international reach, Nadia Nakia is set to be the first female rapper form Mzansi to perform at SXSW in Texas next month. Lately, she’s been in ALBUM MODE. New music and bigger performances are on the way.  The Zimbabwean-South African rapper recently launched a sports apparel line, which will be sold at Cassper’s Family Store.

After five platinum albums and over a decade of award-winning accolades, singer/songwriter Lira has more than earned her third season as a coach on The Voice South Africa. She’s also recorded the best version of MOANA’s “How Far I’ll Go” I’ve ever heard.

Stogie T, formerly known as Tumi Molekane, can be described as a “conscious, yet bourgeois” rapper. “I’m evolving, so keep calling me conscious/ I’m eating four courses at the Four Seasons resort.” Last year, he won two South African Music Awards for Lyricist of the Year and Mixtape of the Year for his Honey and Pain EP. I dig a sophisticated man.

Not only can he rap, but YoungstaCPT also has impeccable style. The Capetown rapper is running for governor of his people in his recent visual for VOC (Voice of The Cape). He’s got the city on his back, speaking on issues like government housing. He explained these are the issues that “haunt our people and apartheid has really stunted the growth of coloured/black people in SA.”

The African rap king is stepping into worldwide mainstream territory collaborating with Americans artists like Rick Ross, Wale, and Rich Homie Quan. Like Drake, he’s known for dropping laidback summer hits every summer for the past few years, including “Spirit” featuring Wale. Zinhle is known as an eminent female house DJ in South Africa and a skilled TV presenter. She drives the black female encouragement narrative being a woman in the industry, producing her own women’s show and book. Check out her single “My Name Is” featuring Busiswa.

His loud, soulful voice carries naturally brings shocking chills and tears to almost anyone. 2019 could be his year for international fame, as a new signee to Black Coffee’s Soulistic Music label and gearing up to release his debut album later this year.

Music and fashion sensation Sho hails all the way from Johannesburg appealing to mass audiences around the world with her fearless lyrics, bold confidence and uniquely vibrant, fun style. She embraces the new school, while still paying homage and respect to her Pan-African pride. Check out the dance short film Trickshot, inspired by her comic she wrote. I love me some much music trap music, so I was excited when I found out Emtee tapped WizKid and AKA on the remix of his breakout single “Roll Up” from his platinum debut-selling album Avery. Emtee went on to win Record of the Year and Best Rap Album at the SA Music Awards in 2016. He’s taking all the right steps, aiming for international fame, taking you inside South Africa’s version of African trap music.

Sjava has no limits when it comes to speaking on social issues plaguing his community and personal relationships. He blends trap music with traditional sounds of South Africa with jazz influences like saxophone, drums, bass, and various other instruments. “Isbhamu” (gun violence) from his recent sophomore album Umqhele, details the violent death of his friend in Tembisa. He was slated his performance at the Oscars for “All The Stars,” the lead single for Black Panther, after Kendrick Lamar and SZA were both no-shows.

The king of trap soul R&B isn’t Bryson Tiller. In South Africa, its Ambitiouz Entertainment Label’s newest signee, KLY. He’s worked with and sung hooks for the likes of Rouge, Shane Eagle and more, as can be heard on his KEEP LOVE YOUNG (KLY) album and his hit single “Umbuzo.” 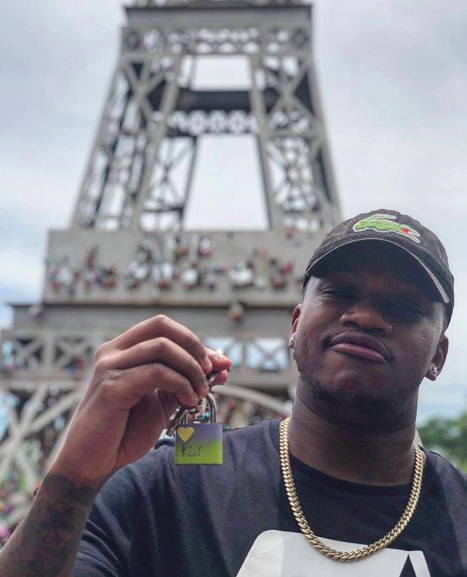 The 22-year old rapper, whose real name is Shane Patrick Hughes, has over 2 million streams alone on his debut album Yellow, which led him to win Best Hip Hop album. He plans to show Africa to the world in a way that’s never been done before, under his own independent label, Eagle Entertainment.

Clever punchlines about achieving success and self-medication and going from “zero to hero.” He’s proud of his African heritage and love, forming for Rick Jade with Bontle Jade-Lee Modiselle for their single “I Want Something New.”

Rouge is straight fire. Like Nicki Minaj, the award-winning Rap Queen is holding her own giving these men a run for their money with her powerful lyrics. She won Best Female at the South African Hip Hop Awards last year. Check out her verse on A Pass ’“Midnight Drum.” When your first single becomes of the theme song of a worldwide brand, success isn’t too far behind. The South African duo blends traditional sounds of kwaito and gqom in South Africa with house, electronic and hip-hop. Although its, still too early to tell, their performance of “Dlala” at Afropunk, along with winning Battle of the Bands, definitely secured their spot at the top.

This soft-spoken up-and-coming rapper has become quite the big deal in less than two years. At 19, he’s directing and editing his own music videos, starting with “Seven Bottles.” He’s worked with Kwesta, Stogie T and Riky Rick to name a few, rapping about popping bottles, ignoring DMs and spending tons of money creating his own trippy sound.

Boity is out here securing the bags holding multiples such as model-actress, television personality, and now rapper. Just a few weeks ago, the South African powerhouse dropped her second single and its already a crowd pleaser. “Look, I don’t want beef I want competition.” You heard her. Stream her new single “Bakae” now.