If you weren’t paying attention, you may have missed all of the African influence and Black Girl Magic Shakira brought to her Super Bowl LIV halftime performance. Don’t worry, we peeped it and we’re giving Shakira her props.

The proud Colombian pop star opened up the halftime with a majority of Black dancers front and center for the entire world to see.

Although Colombia’s Afro-Colombian population is said to only be 7%, Shakira’s hometown of Barranquilla is one of the areas where people of  Black/African-descent in Colombia are most populous. Her backup dancers represented that fact.

As the singer ran through her hit tracks, switching off with Jennifer Lopez who did the same, Shakira returned to the stage to perform “Waka Waka (This Time for Africa)” which is a remake to “Zamina Mina,” a 1986 song by a Cameroonian group by the name Zangaléwa. It also featured the popular Cameroonian musical style, makossa, which can still be heard through parts of Cameroon and throughout African and Latin music today.

During the performance of “Waka Waka,” Shakira paid tribute to Afro-Colombians by doing a Champeta, which she learned from Liz Dany Campo Díaz, an 18-year-old dancer she saw online. Included in the “Waka Waka” Super Bowl dance break was the 1994 song “Icha” from Congolese musician Syran Mbenza.

The champeta originated in Barranquilla by African descendants in the early 80s. This wasn’t the only time Shakira used dance to pay homage to Africa and Afro-Colombians during her performance, however.

Earlier in the show, she introduced the Mapalé, an Afro-Colombian style of dance that was brought over by enslaved people.

Shakira made sure her performance was not only entertaining but also educational, and we are here for it. 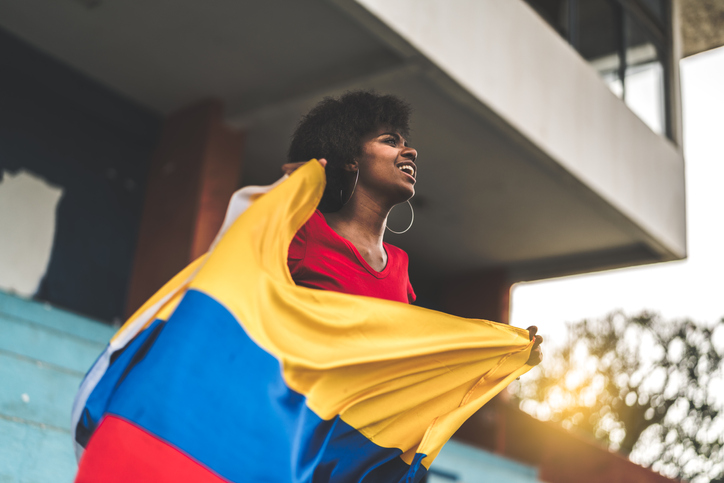 Flight Deal: From Washington, D.C. To Bogota, Colombia Only $258

If you are looking for a cheap International flight option for later this year, we’ve got you covered. Copa Airlines is currently advertising low price flights from D.C.’s Dulles Airport to Bogota, Colombia for as low as $258 roundtrip. These flights are available for those who can travel between April and late September. We searched […] Alex Rocha launched The Real Cartagena Travel Agency after he realized people didn’t know much about the black culture in the country. “Cartagena is a country of more than 1 million people and 45 percent is black,” he said. “We have a lot of African influence in terms of food and music.” In an interview […]