Traveler Story: ‘I Get To See The World Through My Job As A Stylist On Cruise Ships’

For stylist Kimberly Simmons, seeing the world is simply a part of her job. The New York area resident now lives in Atlanta but spends most of her time styling the actors and performers on cruise ships.

We had a chance to speak with her to learn how she got into this industry and how it all works.

Travel Noire: How did you come across your job as a stylist for cruise ships?

Kimberly: It all happened while I was in school. I went back and got a degree in Theater, Design and Production with a makeup and wig design emphasis. I was what you would call a non-traditional student aka a fully grown, tax-paying student who was older than most in the college setting.

Through the course of navigating my way to what my next move was going to be once I completed school, I overheard someone saying that they were applying to a major cruise line. They were about a semester ahead of me. So I got the information and started to build a rapport with the hiring manager of the company and expressed my desire to work with them. Once I graduated, I kept them abreast of my whereabouts and they offered me a trial run. 8 years later, here I am, still working with them.

TN: Explain how it all works. How long are you on a ship?

Kimberly: Any time the ship has a cast turnover, where a new cast comes to replace the previous cast, they are called installs. On average, I’m on 3 weeks per install. They send a team of us which includes costumers, a choreographer, vocal coach and myself included to prep the new cast for their contract on the ship. Everyone has a role to play. I assess wigs for the production on whatever vessel I’m on and get them to opening night standards. Then I teach whoever will be in charge of the wigs once I leave, how to wash, style and maintain the wigs. Once we see that everything is aesthetically pleasing, that is usually the time when I disembark and I’m off to either the next ship or home.

TN: What do you enjoy most about this job?

Kimberly: Of course traveling to different destinations is exciting. I also enjoy witnessing some of the first time cast members come into their own, and seeing the relief on their faces once opening night is over.

TN: What has been one or some of your most memorable moments so far?

Kimberly: Well the beauty of doing this is, not only do I get to do what I love, but I also have the opportunity to enjoy the cruise as well. So I’ve been blessed to experience some pretty awesome places and do things like ride ATVs, pet tigers, ride elephants, etc. But I think the one that sticks out the most is a recent trip to Alaska. No picture can ever do it justice. But early in the morning, while sailing it is so peaceful and picturesque. To be able to take time and witness God’s artwork first hand is really humbling.

TN: What’s next for you?

Kimberly: This spring, I have 2 ships I have to work, one of which I am very excited about because I board it a week before they leave the dry dock in France. So that means I get to experience the area a little longer than usual. Then off to cruise around the Mediterranean. That’s always a fun time.

TN: Where can we find you on social media or online?

Related: This Traveler Shares Details On How She Invested In Property In Ghana For A New Documentary, This Filmmaker Retraced The Travels Her Grandparents Took By RV

Baltimore native Carla Brown never imagined that filmmaking would become her life. The Visual Arts major always had the ability to look at things from a different perspective and she also loved travel. After being inspired by her own grandparents and their travels, she decided to set out on a journey like none other. After […] 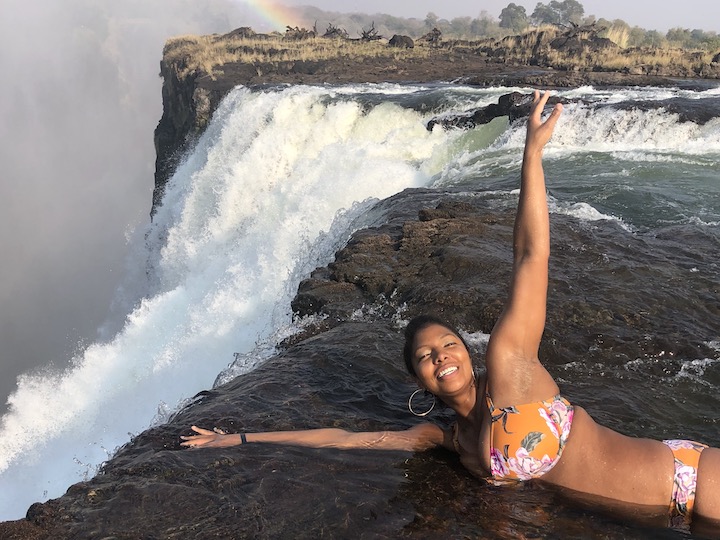 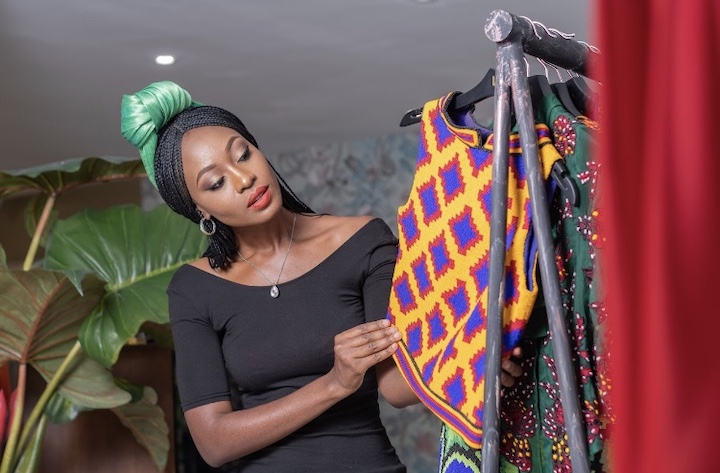 Traveler Story: How Living In Ghana Gives My Life Its Meaning

Jewel Thompson spent most of her childhood in the United States with her Ghanaian parents. They often traveled to Ghana during Jewel’s younger years, however, her parents eventually separated. When Jewel was 16, her mother felt it was important for her to revisit Ghana to connect with her roots. “This visit, in particular, was life-changing […]