From Food Truck To Chain Restaurants: NOLA’s We Dat’s Chicken And Shrimp Is On The Rise

During my girls trip to New Orleans last month, I checked out one of the hottest wing spots in town, We Dat’s Chicken and Shrimp.

The walls are decked in royal purple with paintings of New Orleans entertainers like Supa Cent, and New Orleans Forward Anthony Davis, and HBCU logos including the owner’s alma mater, the illustrious Tuskegee University. The story behind how New Orleans native Gregg Tillery went from slinging wings on a food truck to having multiple locations is truly one that is inspirational.

It was just three years ago that Tillery saved up money from his corporate job and purchased a food truck selling wings, outside of nightclubs and car washes near Canal Street. Truly affected by the layoff of 2,000 of his coworkers, Tillery felt it was now time he took a risk on himself. After a few minor setbacks, he gained a large following through word of mouth, introducing the city to a premier food truck experience.

“When it comes down to my business I treat it as an establishment for my community. Like it’s my home and I opened my restaurant to the people and I treat them like family,” he said.

The 31-year-old bleeds New Orleans, growing up in 7th Ward and giving back to his community through mentorship and feeding the homeless from time to time. The tattoos on both his arms are reflective of his love for his city including the New Orleans Saints team logo and We Dat’s logo of a thumbs up happy chicken, as seen on the truck.

Tillery was featured in rapper Tokyo Vanity’s “That’s My Best Friend” video. Serial entrepreneur and fellow NOLA native Supa Cent shouted out his famous wings on social media and now she has her own flavor, Wuzzam, a mix between fiery buffalo, a kick of lemon pepper and the tangy sweetness of BBQ, made using Tillery’s signature seasoning line. Their wings are so good, they’re even traveling across state lines.

We Dat’s now serves New Orleans from three locations: Canal Street, Gentilly, and most recently 4905 Westbank Expressway. As an advocate for his community, Tillery serves food to the homeless from time to time, giving back to the community of people that helped build him up.

We Dat’s signature seasoning line is sold in over 50 stores in Louisiana and Mississippi. 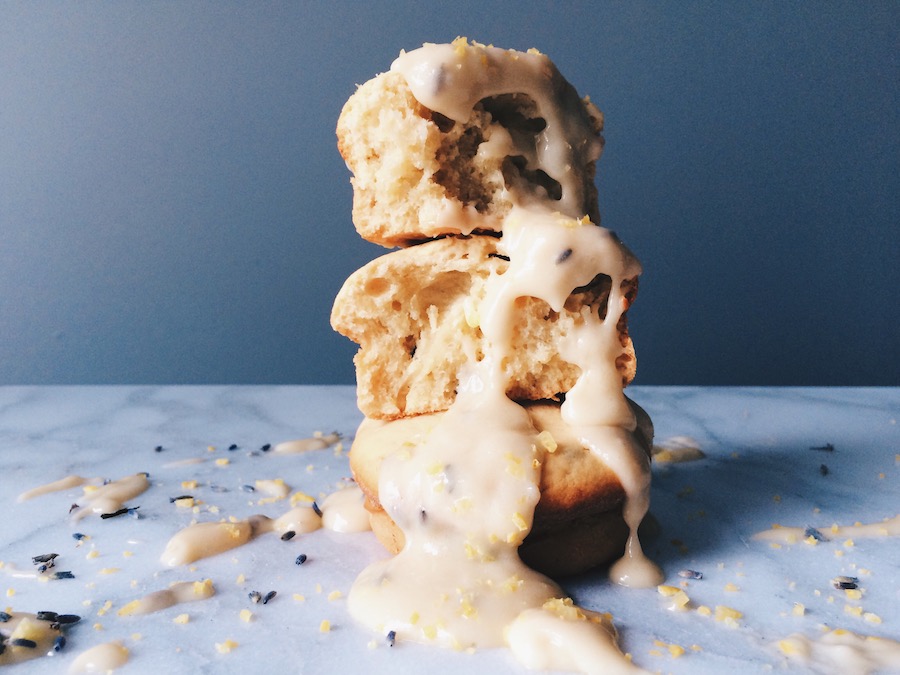 50 In 50: The Most Fluffy, Buttery Biscuits Across The Country

Some would say that biscuits are a necessary side for breakfast, dinner, and especially during the holidays. You can have them topped with butter, jelly, bacon or other toppings, as long as they’re fluffed to perfection. Biscuits sometimes make better sandwiches than regular bread. These days chefs and restaurants all over the country are adding […] Top 10 Food Festivals You Should Attend This Fall

Fall, one of the best seasons of the year, begins in a few weeks, and soon we’ll be able to enjoy cool weather, beautiful foliage, wine tastings, apple picking, and some of the best food festivals of the year. From the bustling streets of New York to a cornbread festival in Arkansas, we’ve compiled some […]