The Barbs can’t get enough of Nicki Minaj’s return to Trinidad & Tobago for an epic Carnival appearance. It’s been 8 years since we’ve seen Minaj play mas and this time it’s not for work!

Back in 2012, Nicki took fans on a trip to Trini’s legendary Carnival in her “Pound The Alarm” video.

This week, Nicki returned to her home country with her husband and took part in the annual Carnival parade.

Rocking a beautiful headdress of silver, blue, and purple feathers, it’s safe to say she nearly broke the internet when she showed off her Carnival costume.

Even better, she was not there to film a music video this time. It was all in celebration!

You can tell Nicki is having the time of her life.

Other celebs spotted in T&T for Carnival this year include Ludacris and Usain Bolt. Carnival season has officially kicked off! 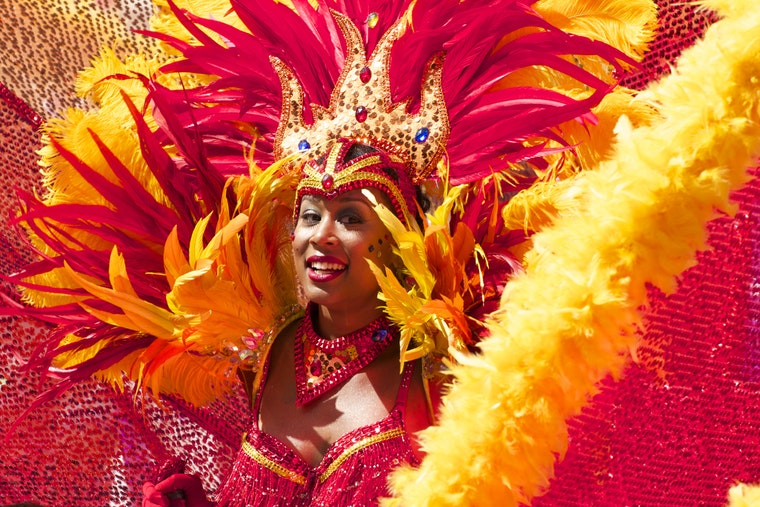 Carnival In Los Angeles Is Perfect for First Timers

Written by: Mariette Williams Los Angeles is known for its many entertainment tourist attractions, but it’s also home to the Hollywood Carnival. If you live on the west coast, forget having to take an international flight or cross country flight to New York or Miami to experience carnival activities. Now in its 7th year, the […]