Nashville is often overlooked by Memphis and Atlanta when it comes to musical genres outside of country and rock. When I first moved to Nashville from New York in the early ’00s, former G-Unit member Young Buck (which I was already a fan of) and Starlito (formerly All $tar) were the first rappers I became familiar with from around the area. Nashville’s hip hop scene has since blossomed into local showcases for independent artists with messages of hope and success, but why is this city still not getting the recognition it deserves?

During Kool’s career, he toured with Rakim and N.W.A’s Eazy-E. Also affiliated with Eazy was Pistol, who was one of the first artists in the city to have a major record deal with Eazy’s Ruthless Records. Pistol’s rise to the forefront on the Nashville hip-hop scene began on the streets of the Preston-Taylor projects. He honed his rhyme skills by rapping at talent shows, on the playground, and around the hood. His album Hittin’ Like a Bullet had explosive lyrics that hit hard.

Hardcore gangsta rap music began to fade into the sound of trap music in the 2010s. Memphis artists began collaborating with Nashville rappers, i.e. Starlio’s Stepbrothers mixtapes with Memphis’ Don Trip in 2014. Their music and popularity began to take over every radio station in the south. Nashville has a large number of talented independent artists cultivating the hip hop scene in a way only they could, although you couldn’t tell listening to local radio stations. In cities like Atlanta, New York, or Memphis, music from local artists bleeds out stereos from local radio stations but that not the case in Nashville.

“There aren’t too many hip hop artists that blew up yet. Meaning most artists here don’t collaborate with one another to help each other grow because everybody wants to be the first,” he says.

Indie artists are taking strides and watching the music scene in Nashville change day by day. Artists like Nashville’s Petty set the tone to push yourself as an artist by stepping out of the box. He discussed Nashville’s sound with NPR, calling hip hop from the city is unique in its own way.

“The Nashville sound is quality. …We’ve gotta be extra creative and go outside the box just to even get respected coming from the country music capital. I feel like fighting through that adversity makes everybody innovative in their own way,” he said.

Nashville’s music scene has the potential to be one of the biggest hip-hop markets in the south with rising indie artists like Burm. His style is considered more boom bap, however, his deep southern voice, east coast cadence, and strong lyrics about life are evident on his 3 To The Face EP.

Burm took Petty’s advice turning his out of the box creativity into a multifaceted media company, ColorTV 615.

Artists like Burm, and the rest of new rooster of upcoming hip-hop/rap heavy hitters, are captivating the city with progressive messages of hope and motivation.

Caprice is all about making a living doing what he loves on, “Run Up A Check (R.U.A.C).” He says Nashville is only underground because there isn’t enough publicity involved.

“The hip hop scene here is so word of mouth and like a social club type vibe,” he said. “You really only know about things if you know people or those involved in those events. I do believe that the over saturation of the country music sound has caused problems for other genres to not get their shine.”

Artist ColourBlue Leland manages himself and his creative collective Fallow Archive. He refuses to blame Nashville’s music scene on the excuse that the city’s focus seems to be country music.

“We can’t keep sitting here and keep making that excuse. Every city begins somewhere. There is definitely enough talent here, we just need to look out for each other more,” he says.

Being on the lookout also means being where the music is. Events, showcases, festivals, and concerts are the perfect venue to see local talent in Nashville. For example, Boom Bap at the Basement, a monthly hip-hop roundup of local and non-local artists and some of the best DJs in the south, is a perfect way to get hip to new talent.

With a strong music industry infrastructure, as well as a burgeoning scene full of promising up-and-comers like Burm, Caprice, WayLiko, ColourBlue Leland, Lil Trip, and more, the city of Nashville has everything it needs to garner mainstream attention for artists and music outside the genre of country music. 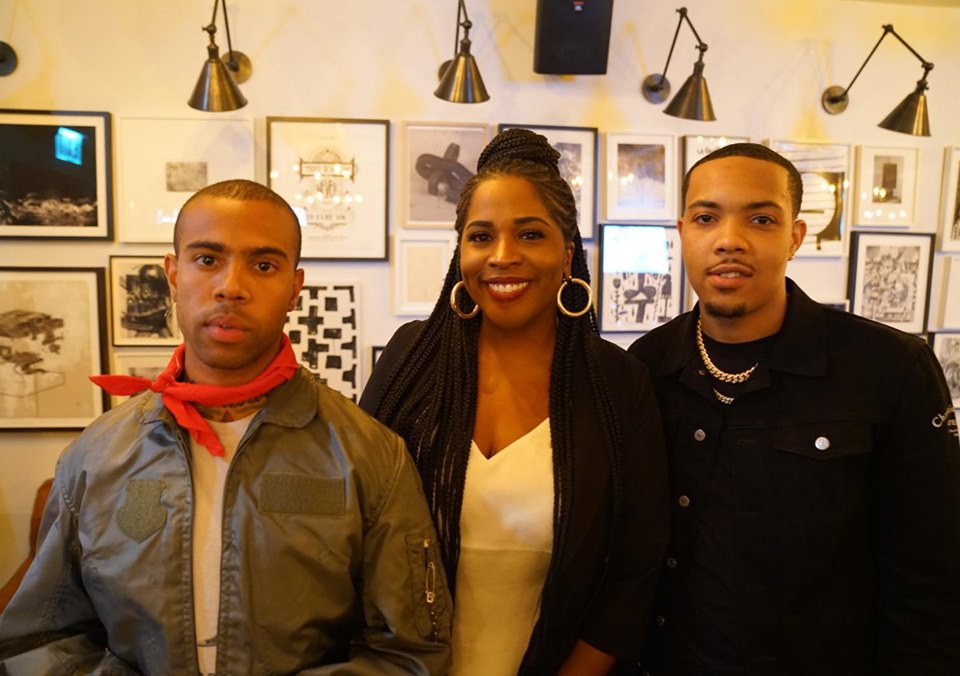 Just last month, rapper Vic Mensa made headlines for his outspoken visual denouncing police brutality and immigration camps. Now, here he is again, with fellow Chicago rapper G Herbo, joining the fight to reduce Illinois’ prison population by 20%. The Chicago natives met with local legislators and the Alliance for Safety and Justice (ASJ) for […] Some of the best music videos of all time feature dance breaks on beaches or deserted islands. Beyonce had us doing the jiggle dance in Drunk and Love, and the late ever so beautiful Aaliyah had us rocking the boat on a yacht in the middle of the Bahamas. Whether you’re on a beach vacation […]