Lima has so many interesting things to see,  it may appear difficult to see everything even if you’re planning an extensive vacation. But try not to be deterred. From historic locations to iconic districts and archeological sites and beautiful tropical beaches, we’ve rounded up our top picks of must-visit things to see.

One of Lima’s most notable religious sites, the Iglesia de Santo Domingo was built on land granted to the Dominican Friar Vicente de Valverde. Originally completed in the 16th century, this church is one of the most impressive in Peru.

Iglesia de Santo Domingo is most known as the final resting place for three important Peruvian saints: San Juan Macías, Santa Rosa de Lima and San Martín de Porres. The connected convent is a sprawling complex with baroque paintings and vintage Spanish tiles are said to contain the saints’ tombs. The church has the most interesting relics including the skulls of San Martín and Santa Rosa. These skulls are encased in a glass shrine near the main altar.

Chocolate lovers will not want to leave Lima without a visit to this chocolate shop. El Cacaotal features delicious chocolate creations that make great gifts if you’re considering mementos for folks back home. If you would like to taste first, this shop offers tastings and excellent workshops in English with access to an adjacent chocolate lab.

This shop is operated by a successful anthropologist, Amanda Wildey who has studied turning coca producers into a business.

Like many places around the world, the Spanish Inquisition spread fear in the population in Lima as well. The church believed that torture could purify the soul if one was accused of a crime against Christianity.

The Spanish Inquisition lasted until 1834. Those interested in history can visit the old torture chambers and the courthouse where public hearings took place. Scenes have been recreated using so that you’ll get the full taste of the times, plus you may hear one of many ghost stories associated with the museum. San Inquisición Museum is located next to the Congress building in Lima.

Swim with sea lions and see a variety of avian species when you visit Palomino Islands. On the highest part of the island, there is an old lighthouse that served as a guide for ships and steamers, There was also an important water passage known as Catedral de las Islas.

Explore one of Peru’s most fascinating sights is the famous Nazca Lines. There are several air tours available from Lima. These full day tours will take you to the Nazca Lines where you’ll see the mysterious lines with a bird’s eye view. The Most Beautiful Airbnbs In Lima, Peru

Lima, Peru’s capital and largest city, is a fascinating mix of rich history, stunning views, and a burgeoning food scene. Although many travelers view Lima as simply a layover point on their way to other destinations around the country, it is worth spending a few days in this dynamic, South American city.  Here are a […] 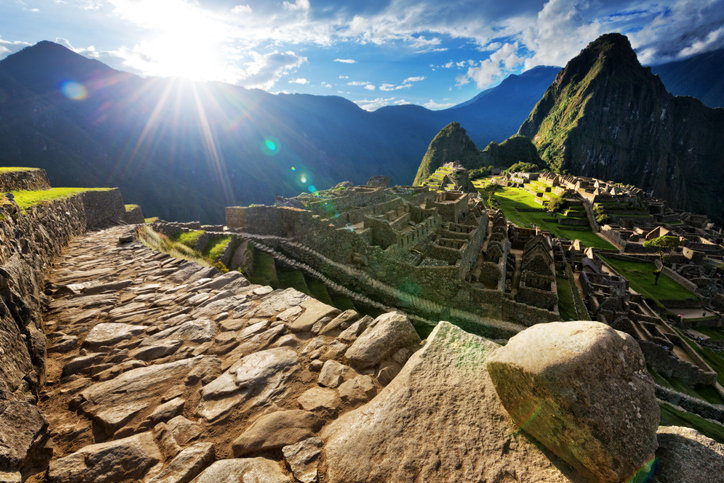 It’s time to add some new stamps to that passport. What better way to do it than by saving money in the process? Copa Airlines is advertising flights from Chicago to Lima, Peru for as low as $258 roundtrip. The deal does come with a layover each way in Panama City. Depending on the route […] The Five Best Destinations To Travel This October

Right after Labor Day, summer’s last official holiday, and before the craziness that the upcoming winter holiday rush will bring, is that time of the year where travelers can find amazing deals to popular destinations. “October is a popular month for travel,” Marsha Souder’s, president of Prestige Travel told CNN. “It’s less crowded, cooler weather […]