Fez is one of the most important and historic cities in Morocco and the destination of millions each year. This is a city that is rich in culture, history, traditions, and much more! This is an ancient city that is as modern as any other city in the region. Home of one of the first universities as well as the oldest medieval Medina in the world, there is something for everyone in Fez.

These tombs are the final resting place of sultans as well as other royals of the Merenid Dynasty. The tombs are not intact, and most of the engravings have faded over the years. It is a prime example of the authentic architecture of the era. Although you’ll have to climb up the hill, it is worth it to view the 1200-year-old Medina. The best view is at sunset.

Dar el Makhzen is the Royal Palace of Fez and an amazing example of Morrocon architecture. Although it is not open to the public, it is definitely worth seeing. This is a royal palace through the royal family doesn’t live there, but they maintain a palace in every city for visits. The palace is an impressive sight with its massive doors made of brass and gold, surrounded by zellij tilework as well as carved cedar wood. This is one of the most popular places with tourists due to its beauty.

If you like beautiful views, you’ll definitely love the hike up to Mount Zalagh. Located north of Fez el-Bali, this is characterized by breathtaking landscapes full of olive groves and grazing goats. From the top of Mount Zalagh can see Old Medina, as well as views of the surrounding area.

Dar Batha is a palace that was converted into a museum in 1915. This museum features a stunning collection of traditional artifacts. It has a beautiful Andalusian garden near the entrance, filled with various types of plants, mosaics, and a fountain. Inside is just as stunning with its woodcarvings, Moroccan tiles, and embroidery, carpets. There is even a 14th-century ceramic collection.

The Al Quaraouiyine Mosque was built in 859 AD by Fatima al-Fihri and is thought to be one of the oldest universities in the world, though now it operates as a mosque and cannot be entered by non-Muslims. Fortunately, its library is open to the public so you can get a glimpse of the handmade tilework that dates back to the 9th century.

This is one of the most interesting places in Fez, as well as the oldest tannery in the world. The tannery is still operated like it did in medieval times. The men make leather in a massive tannery that is surrounded by houses and shops. Although this is a unique site, it is important to keep in mind that the odor can be overwhelming so be prepared with a cloth to cover your nose and mouth. 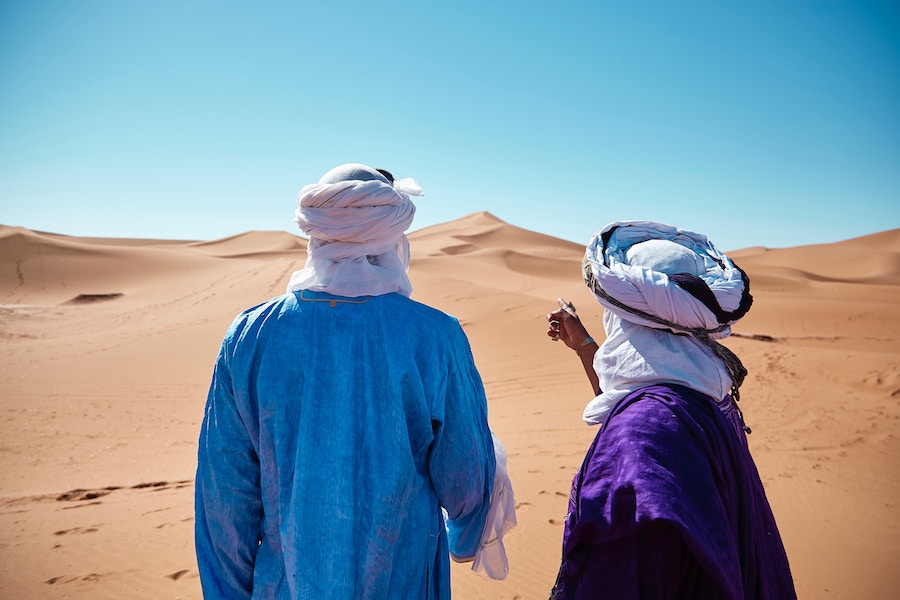 Here’s Your Guide To Morocco’s Souks, Desert, And More

Morocco is a favorite country among tourists because it’s full of history, culture, adventure, and more. From the desert, architecture in Fez, and souks, here’s your guide to experiencing what makes Morocco the ultimate vacation trip. The Classic Morocco Experience Marrakesh is popular for its architecture and its iconic square: the Djemma el Fna.   It’s […] Best Things To Do In Fez, Morocco

If you are planning a visit to Fez, Morocco you will not lack for things to do. As one of the oldest cities in the world, you’ll have plenty to explore. This city is rich in history and culture, making it a wonderful vacation destination. Old City of Fez The old district of Fez is […] Fez, Morocco is drenched in history, architecture, and delicious food. The Moroccan dishes here often have French, Spanish, and Jewish influence. Moroccan food is often spicy and bursting with flavor. If you plan to visit Fez, you’ll want to know the best places to eat so that you can fully appreciate the unique taste of this […]