During the summer of 2016, I had the wonderful opportunity to study Arabic in Tangier, Morocco. While I was very excited at first, I must be frank; that summer was pretty rough and even semi-traumatizing. Nonetheless, the experience taught me a motto I now live by: “Tough times builds one’s character.” 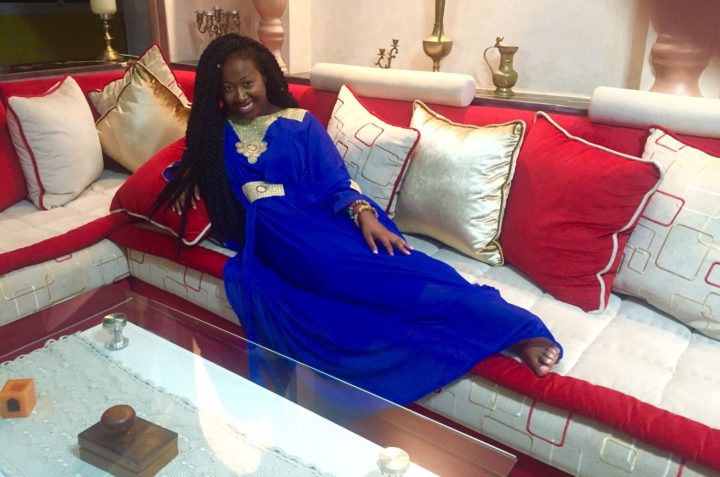 Before arriving in Morocco, I was well aware of the catcalling and prejudice I would face being:

B) A Black woman.

A good friend of mine, a dark-skinned sister, told me about her experience living in Morocco for four months. As much as she loved her time in the country, she experienced many culture shocks and unbelievable realities she did not expect.

I took her experience into consideration and told her: “So what if people call me “Momma Africa,” grab on my twists, throw constant stares my way, or call me an ‘Ahzee’ (a word that could be compared to slave in English)? I don’t care! I’m going to learn Arabic, speak it well and shout right back.”

But boy, was I in for a rude awakening.

My first week in Tangier, Morocco was brutal. I cried at least twice on my first night. It was a mix of culture shock, not understanding Darija (the local language of Morocco) or Arabic, constant stares, and feeling fetishized by street harassers. I was scared when men would holler and catcall me in the streets. I’ve dealt with catcalling in New York several times, but it was harder to deal with it in Morocco because I feared I would have been attacked, and on top of that, I was in a foreign country and not fully aware of my surroundings.

However, as I spent more time getting to know the area, I became less frightened. By the end of the second week, I began to understand the language and took some time to explore Morocco for the beauty Morocco truly is and then BOOM!  I faced another bout of catcalling and racial slurs. Only this time, I wasn’t scared. Now I felt only anger and annoyance.

There was one particular incident that remains in my memory.  It was almost the third week into the program, and I was waiting for a taxi with my roommate. All of a sudden, a group of boys pulled up next to us in a van and started screaming vulgar words at us for no reason. One boy attempts to jump out of the car to try and grab my arm. I calmly jumped out the way and tried to ignore them. Then suddenly one of them yells “AHZEE!!”

I was ready to turn up!  They were not ready for the Bronx in me.

But then my common sense rushed back and I thought to myself, “Ermida, there are about 10 of them and one of me. I will get killed out here.” So I had to suck up my pride, humiliation, and anger. Unfortunately, this wasn’t the first nor last time I was called “Ahzee.” The street harassment continued. Every time I faced these situations, I had to force myself to not react in a hostile manner.  Eventually, I learned to tune out the negativity. Living with my hospitable host family made this possible.

My host mother treated me as one of her own children. She knew I was having a rough time in Morocco.  We would often speak about social issues. I remember she once told me, “I don’t understand why certain Arabs do not like black people. If the color black were not important, then God would not have created the most important part of our eyes black.”

My experience in Tangier, Morocco was one of the toughest times for me mentally. The constant uninviting stares made me feel uncomfortable in my own skin. The random hair tugging made me feel like a zoo animal. The racial slurs made me furious. But my experience taught me that “tough times builds one’s character.” Experiencing those attacks and still being able to love myself for exactly who I am increased my self-esteem to another level. Granted, I do not think I would want to go back to Tangier, Morocco after that experience. (I may visit other areas in Southern Morocco to compare the experience.)  However, if I had to for work-related reasons, I would walk down those Moroccan streets confidently with less f**ks given.

If you’re eyeing Morocco as your next travel destination, you should become a TN Plus member to access our 7-day city guides for Marrakesh, Fez, and Essaouira. They’re full of recommendations for hotels, restaurants, events, and more. Plus as a member of TN Plus, you’ve got access to travel deals and discounts you can’t get anywhere else.