Dominique aka ‘Nika,’ is a surfing powerhouse who lives in Waikiki, Oahu, (Hawaii) and has been surfing since she was a teen.  When she’s not surfing, she’s taking pictures and making ocean-inspired jewelry. She even dives for her own shells and makes most of her jewelry from them.

We spoke with her about her life as a competitive surfer.

Travel Noire: What got you into surfing initially?

Nika:  I got into surfing because all my friends were doing it and I didn’t want to be left out. Also, I love being in the water. When I do a sport I like, I like to be the best at it. At first, I sucked, but I wanted to get better and do cool tricks. I practiced every day, twice a day until I started improving and getting better. Eventually, everyone was saying I was good enough to start doing contests. I entered my first one in Waikiki and got second place. After that, I was hooked. As of now, I am currently ranked third in Stand Up Paddle surfing. I also compete in longboard. 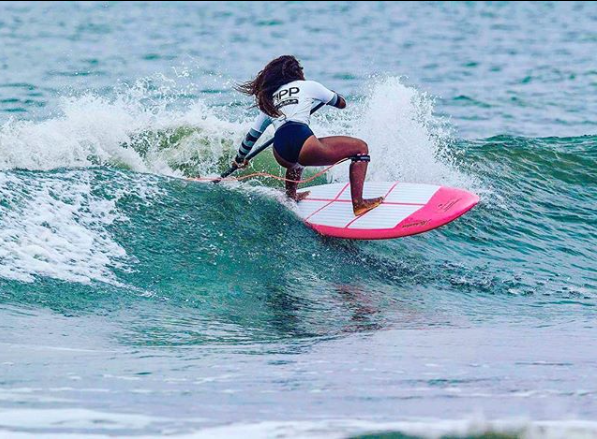 TN: Where has been your most memorable competition or surfing experience?

Nika: My most memorable surf experience would be one of the last contests I had, in New York for the Stand Up World Tour. I had to first go through the trials to make it to the main event.  I eventually made it to the semis, placing third, but in the process of advancing through the heats, I was able to take out the three-time world champion. I also was a big underdog in that contest and wasn’t really expected to go far so it felt amazing to prove everyone wrong.  Especially to show them a girl from Hawaii can surf east coast shore break waves. Waves in Hawaii are completely different than New York. Also, it was just so awesome to travel to a new place I never been to but always wanted to visit. The food and people were amazing over there. 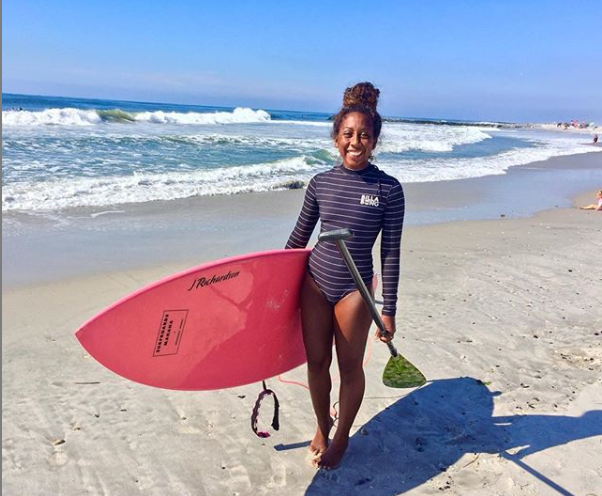 TN: As a black woman, what challenges (if any) have you faced in the sport?

Nika:  I haven’t faced any yet in the sport. In Hawaii, most people are dark anyways from being out in the sun, so there isn’t much issue when it comes to color. I have a white and Mexican brother and a Mexican mom and family. I’m the darkest one in my family. I pretty much grew up around a great supportive family and friends that accepted who I was and never looked or treated me different because of the color of my skin. I have always pretty much been the only dark girl surfing, and honestly, you get used to it. I look more at who is better than me. No one is out there saying ‘oh my God, you’re black, wow you surf good.’ I mean, maybe it’s different outside of Hawaii, but people here say you rip (surf well) or you don’t. Not, this white or black person surfs like this. People don’t judge you out here in Hawaii like that. That’s what makes this place so special. Hawaii Officials Require Two-Week Quarantine On Arrival To The State

Hawaii’s governor is requiring all visitors and residents that are returning to the state to self-isolate for 14 days. “With the majority of Hawaii’s COVID-19 cases linked to travel, it is critical that we further mitigate the spread of the virus by both residents and visitors who are coming from out-of-state,” governor David Y. Ige […]