Vibrant reds, blues and oranges filled the room on a daily basis. The patterns, images and shapes were unlike anything I’d ever seen before. For three months, I found myself gazing into the window of a local yarn shop’s bag-making classes in Bogota, Colombia. One day, I decided to stop gazing into the window of the workshop and see if there was a way for me to get involved. After a conversation that tested the breadth of my Spanish vocabulary, I registered for my first class in making a bolsa de Wayuu – a bag using a crocheting technique that’s specific to the Wayuu peoples of Colombia.

Bolsas de Wayuu, also known as mochilas, are a popular Colombian accessory. Hailing from La Guajira region of Colombia, the bags carry meaning and tradition with them. Weaving is a central tradition of the Wayuu people. It has been a way of storytelling and skill building throughout generations. Wayuu women pass on the art of weaving to their daughters, who use the skill to share stories about their environment and culture through colors, shapes and patterns.

Weaving mochilas is an activity that’s rooted in community building and tradition, so it came as no surprise to me that the bag making class was full within a few days of open registration. I felt an immediate sense of belonging and camaraderie on my first day of class. Some of the women were returning students, and a few, like me, were new to the experience. But, what was clear was that we were all in it together. I quickly learned how serious that idea was to the group. To start making the bag, you have to make the base, which looks like a large crochetted dinner plate when finished. I had a hard time with the plate and kept getting waves and curves, which were a big no no. My groupmates saw me struggling while some breezed through that part of the process. On more than one occasion, the other women stopped what they were doing to help me unravel my plate and start over. 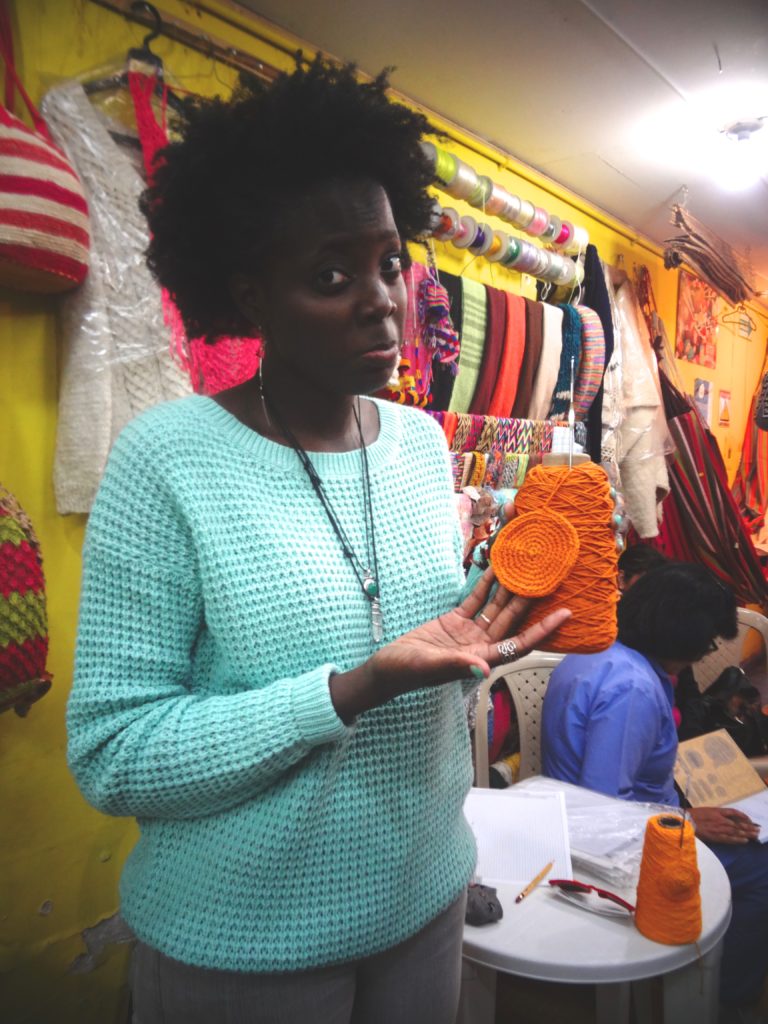 Once I finally got over the hump, I was able to make the body of the mochila. What’s interesting about the Wayuu mochilas is that, traditionally, they were used to transport goods across the dessert. If woven tightly enough, the bag could hold water without any signs of leakage. I was not that skilled, but it was good to know that I could potentially make a bag that could hold water! After I made the body of the bag, the next step was to make the strap, which would be attached to the base. This is a very intricate and time consuming process that our teachers condensed for us using modern technology-a drill. The length of the strap is usually anywhere from three to four and a half feet long. The twisting that is usually done by hand, was completed with a drill to save time. Afterwards, we learned how to weave a few basic patterns for the bag’s strap.

After three weeks of classes and crocheting my mochila during bus and train rides across the city, I had my very own bolsa de wayuu. I was proud of myself! I put myself in a situation where I did not know anyone in the class or what I was getting myself into. However, I made some amazing friends, built alliances in my new community and had a support system that extended beyond the workshop space. The experience also forced me further out of my comfort zone while in Colombia because I had to learn a whole new set of vocabulary, in Spanish, that was specific to the craft. I learned the importance and need for committing to an experience and letting go of control from the onset. It was the most valuable lesson I learned from the experience. 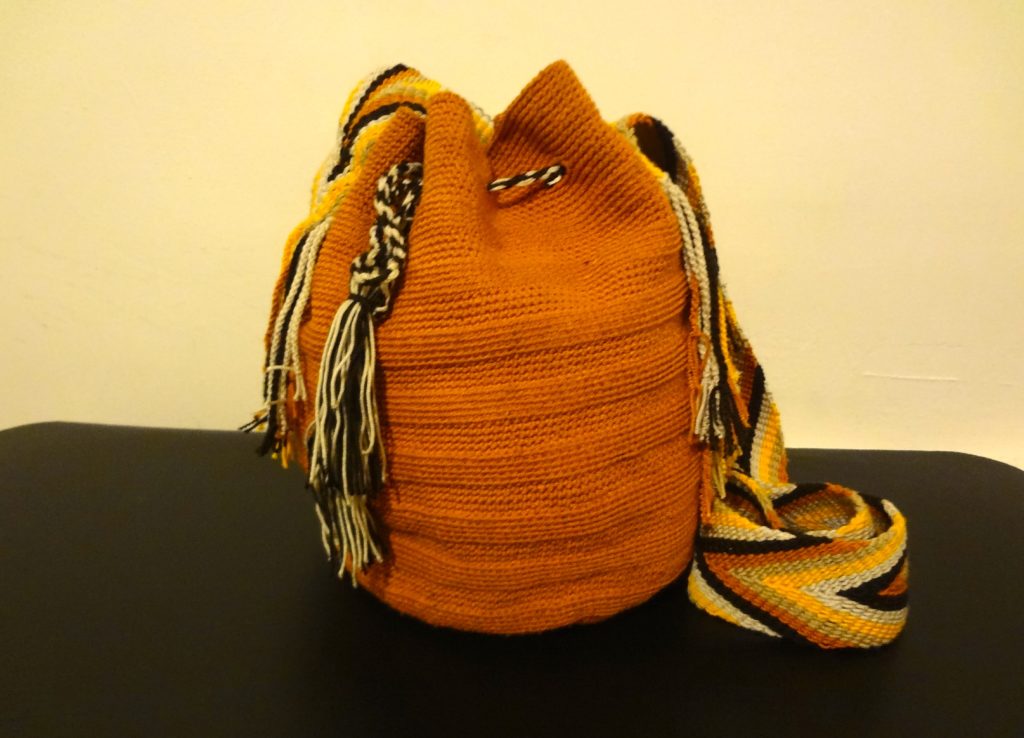 Hannah is a Social Enthusiast from NYC. A proud resident of Brooklyn, Hannah is currently doing work in the non-profit and education worlds. Serving young people, civic engagement and travel are her loves. Outside of working with young people, she can be found in a boxing gym, traveling, in a bookstore or at a performing arts showcase. The Best Destinations For August

August marks the time of year where it serves as a reality check that summer is almost over. With a few weeks left of the season, don’t let summer go by without planning a trip. Here are the best destinations for August: Colombia What’s great about Colombia is that the country offers a great variety […] Flight Deal: Multiple Cities To South America As Low As $172

If you have been tracking flights to South America lately, without any luck, we have good news. Mexican-based airline, InterJet, just dropped an insane sale on routes from multiple U.S. cities to Lima, Peru or Bogota, Colombia. The lowest price found was from Chicago to Lima for only $172 roundtrip. Other departure cities include New […]