In less than 30 years the United Arab Emirates has gone from desert oasis to a bustling futuristic metropolis synonymous with luxury.  If your mind can dream it, the U.A.E. can make it a reality.  The city of Dubai alone is home to record breaking and breathtaking sights such as the World’s Tallest Building, the Burj Khalifa and multibillion dollar projects like the man made Palm Islands.  But it is a mere hour and a half down the road, away from the fast pace of Dubai, in the capital city of Abu Dhabi that luxury truly reigns supreme.

Located on the shores of the Arabian Gulf in the exclusive Ras Al Akhdar area, on the West Corniche of Abu Dhabi, stands Jumeirah at Etihad Towers.  Developed under the patronage of His Highness Sheikh Suroor bin Mohammed Al Nahyan’s Projects Department and opened in November 2011, this iconic beachfront project features five towers, including Jumeirah at Etihad Towers, a prestigious office tower with 46,000sqm of leasable office space, and three towers housing 885 apartments and an observation deck. The connecting four-level Podium features contemporary restaurants and over 35 premium boutiques in the Avenue at Etihad Towers including Hermes, Cartier, Versace and more!

The luxury service begins as soon as you pull up to the hotel’s expansive lobby where greeters welcome you with a beverage and help you through the check in process. Guests are shown to one of 382 luxurious guest rooms and suites, given a quick tutorial on how to use the remote controlled technology in the room and introduced to fabulous features like Jumeirah at Etihad Towers toiletries, a rain shower and even a cute turtle for the bathtub. Need a bite after your long flight? Stop by one of the hotel’s 12 award winning restaurants, bars and lounges such as the beachside restaurant Nahaam or grab a drink at Ray’s Bar which is located on the 62nd floor and offers stunning Corniche and cityscape views. 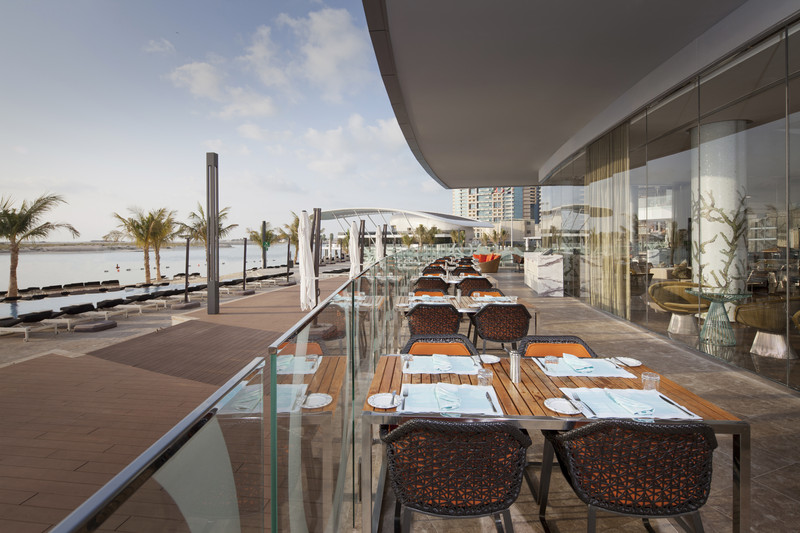 After you’ve gotten some rest, head down to the private beach or take a dip in one of the hotel’s three swimming pools.  After a nice tan, pop into Talise Spa and relax the jet lag away as you indulge in everything from floral baths and massages to facials and mani/pedis. Need more?  Head up to level 74 of Tower 2, to the Observation Deck at 300 to experience Abu Dhabi’s height of refinement.  The Observation Deck at 300 offers visitors 360-degree panoramic views at 300 metres above the nation’s capital, with its uninterrupted bird’s-eye perspective of the city’s skyline, the Corniche and Arabian Gulf.  Sit back and take in High Tea service or sip on the venue’s signature mocktail: the Etihad Sparkler, as you behold the stunning vista. 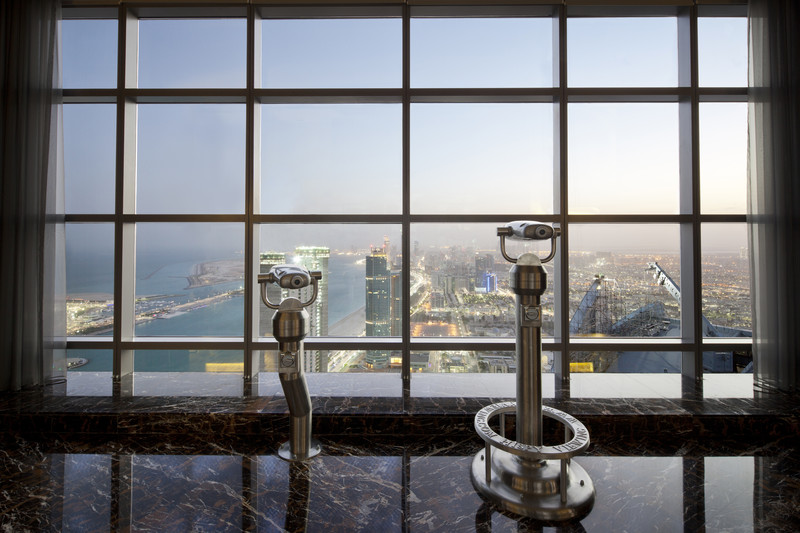 With all that it has to offer, it’s no wonder that Jumeirah at Etihad Towers won the 2013 World Travel Award for “Middle East’s Leading Hotel” and “Abu Dhabi’s Leading Hotel.” 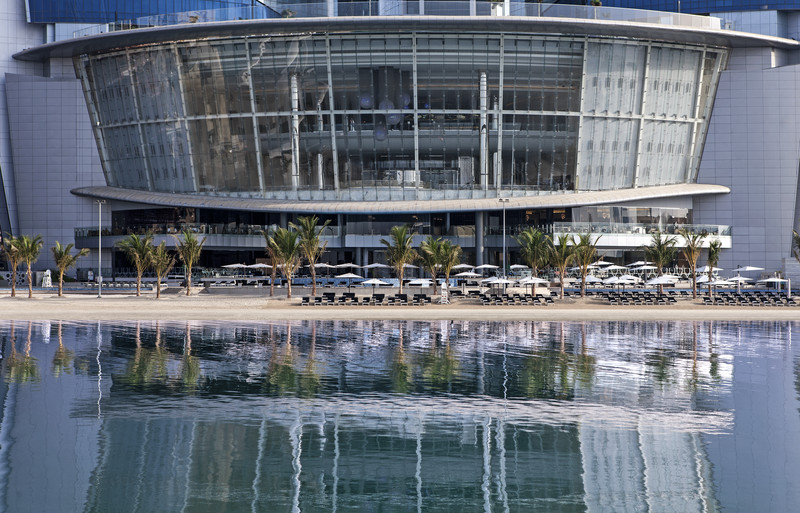 There is no better place to experience the luxe life in Abu Dhabi, or the U.A.E., than Jumeirah at Etihad Towers.  It is truly luxury, unparalleled.

Armed with a fully stamped passport, Danielle has been called “The Hotel Whisperer” for her strategic engagement of some of the top hospitality brands in the world. In addition to being an Editor for Travel Noire, her travel writing has appeared on sites such as EBONY, JET, Parlour Magazine and Clutch. In short...she's awesome.