Have you ever been to a city and fallen in love with it immediately? It doesn’t happen to me very often. Most of my favorite places—Paris, London and Montreal, to name a few—started as a slow and steady build. But not Hong Kong. From the moment I arrived, this cosmopolitan city was a dazzling slap in the face.

It was just after 9 p.m. on a Wednesday night when I landed in HK for a few days of solo exploration and adventure. After situating myself with an Octopus card and some Hong Kong dollars, I rode the MTR to the Causeway Bay neighborhood where I would be based during my stay. Moments later, I got my first real glimpse of the city as I dragged my suitcase out of the crowded train and up the even more crowded escalator.

What felt like a combination of New York’s Times Square and London’s Oxford Street greeted me as I emerged from underground. But it’s almost 11 p.m. on a Wednesday, I thought. Shouldn’t these people be at home? And why are so many stores still open? My mind snapped into exhilarated surprise as I looked at the buzzing activity around me. Mild exhaustion gone, I quickly checked in to my hotel, dropped off my luggage and headed right back into the heart of the action.

Simply put: Hong Kong had me at “Hello.” Over the next few days, the infatuation only intensified as I discovered all the things that made my brief love affair with the city so memorable:

Energy
Until my journey to Hong Kong, I had yet to visit a city that rivaled New York when it came to energy. Paris gives you chic, classic beauty while London charms you with its blend of history and modernity but neither place is the pulsating buzz that is New York. Enter Hong Kong, a true competitor in the energy department. It doesn’t hurt that its population is not far behind New York’s and both cities are more condensed than other metropolises, but there’s something else—something you can’t put your finger on but feel it vibrating around you wherever you go. I felt it as soon as I stepped out of the MTR station and knew Hong Kong and I were going to get along just fine. Food
From the world’s most inexpensive Michelin-starred dim sum to slurp-worthy noodles and an endless array of global cuisine, the food in Hong Kong is worth the trip alone. The variety and quality of places make it a premiere destination for people of myriad gastronomic tastes. In my three days in the city, I went from diving into mystery meat-filled dumplings (I later found out it was chicken and pork) to munching on Korean Fried Cauliflower at a trendy hotspot. The options were never-ending and always satisfying. Views
One of the things that truly sets Hong Kong apart from other global hubs is its scenery. As a pedestrian-friendly city on the water that offers both stunning skyscraper views and gorgeous mountainous hikes, Hong Kong provides the opportunity to immerse yourself in the hustle of the city as well as an escape when you need to get away. You can ride the tram up to Victoria’s Peak and be amazed at the buildings jutting into the clouds or you can take the cable car to the Tian Tan Buddha and look around at serenity. Whatever you’re looking for, here is where you’ll likely find it. 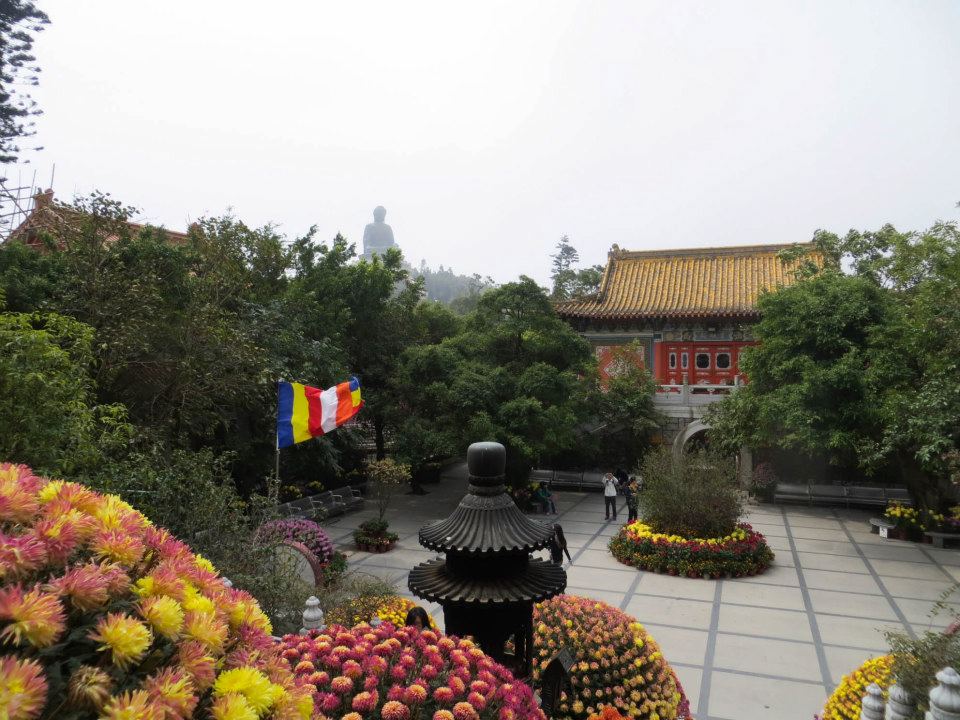 Art & Fashion
I love to shop, so it was only a matter of time before I descended on the city’s boutiques itching to find something fun and fashion-forward. It wasn’t a hard feat in Hong Kong, as the city is incredibly stylish. Even the schoolchildren seemed to be more put together than those in other places. Beyond the fashion, Hong Kong has become a dominant presence in the art world, as seen in the emerging galleries, eye-catching architecture and recent Asian debut of the world-renowned Art Basel. As my affair with Hong Kong came to an end, I looked back at my stay with mixed emotions. After weeks of traveling, I was excited to return to my main love, New York City, but sad to leave a place that had affected me so strongly in such a brief period of time. However, I knew I would be back soon. It’s not often you come upon a place with such energy, amazing food, stunning views and fashionable, creative people. So for now I wait until our next rendezvous, knowing there are more amazing moments ahead. Looking to venture to the Far East? You’re in luck. You can fly nonstop from San Francisco to Hong Kong for as low as $358 roundtrip. This deal is via United Airlines. If you want to take advantage of this deal, you will need to be available for travel from late-August through early October. We […]