Muhammad Ali’s hometown of Louisville, KY, is going all out for this year’s Ali Week, also known as the I Am Ali festival. The week-long festivities kick off on June 1st and run through June 9th. The celebration, which is organized by the Muhammad Ali Center, honors the outstanding legacy of the late boxer and humanitarian. Not only will the event consist of special exhibits and events but also the official unveiling of the newly rebranded Louisville Muhammad Ali International Airport.

If you’re thinking of visiting Louisville for Ali Week, here are some things you can expect:

To kick off Ali Week, participate in Moving Day Louisville, the annual fundraising walk to raise awareness about Parkinson’s Disease and to find a cure. Registration begins at 8:30 am at Seneca Park. There will also be an Ali-themed scavenger hunt at the American Printing House for the Blind, where after completion of the hunt, you’ll receive an official certificate.

One of the most anticipated events going on during this year’s Ali Week is the Interfaith Memorial Service and Candlelight Vigil on June 3rd with speaker Maryum Ali, the eldest of Muhammad Ali’s nine children. Inspired at a young age by her father’s humanitarian efforts and his positive influence on the community, Maryum would later go on to earn her degree in social work to assist in juvenile delinquency prevention. She is also the author of a children’s book about her father titled, “I Shook Up the World: The Incredible Life of Muhammad Ali.”

On June 8th, Joe Bowen, a philanthropist and Kentucky native whose life exemplifies many of Ali’s core principles, will be hosting the mayor’s annual Ali Bike Ride. Bowen has previously biked and stilt-walked thousands of miles to raise money for Muscular Dystrophy research and was honored with carrying the Olympic Torch twice during the same years as Ali himself.

Ali Week represents something greater than just Muhammad Ali. It represents the culture of Louisville and its people who all carry on Alis legacy by giving back to the community and promoting inclusivity in their neighborhoods. Year round, Louisville’s celebration of Muhammad Ali and his legacy can be found through the Footsteps of Greatness. From murals and sculptures to city landmarks, Ali’s memory is preserved as an inspiration for generations to come.

You can find a full list of Ali Week events in Louisville here. No matter where life takes you – there’s no place like home. That’s at least true for Louisville native Victor Yarbrough. After growing up in St. Matthews, Kentucky, Victor relocated to England where he began a spirit import and export business called Victory Global.  Now he’s expanding his business to the U.S. in a place that […] Louisville, Kentucky is said to be the bourbon capital of the world, but it is also home to dozens of Black-owned restaurants and businesses. If you are heading that way soon, here are a few restaurants for you to check out. Ace’s Slushie World Address: 1821 W. Broadway As the name suggests, this spot offers […] 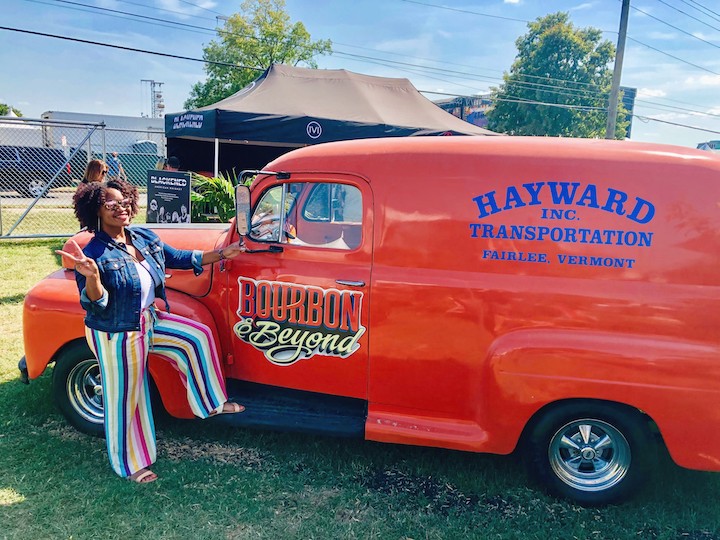 Inside Bourbon And Beyond: The Mecca Of Bourbon Festivals

If you appreciate bourbon in any form or fashion, then you know that Louisville, Kentucky is the Mecca of this special spirit. While brands can be found all over the country, several dozen can be found throughout Kentucky alone. This past weekend, Louisville hosted the 3rd installment of its popular Bourbon and Beyond festival. This […]