Kenyan Fashion Brands You Should Know

Africa has always been an inspiration to the fashion world far and wide and thanks to social media and events like Nairobi Fashion Week, fashion lovers can support independent designers with the click of a button. If you can’t hop on a plane to visit Kenya, here are five designers you can support until you’re able to book your next trip. Kenyan native John Kaveke started his career working with women’s fashion, but after two years in the fashion industry, he transitioned into menswear after making a jacket for himself that people fell in love with — pushing him to make offer custom designs fora new market. If you love beautifully structured designs with influences of Kenyan tradition, he is your guy. You can now find his work strutting down the runways in New York and London.

Sally Karago has been in the design came since 1992 and is known as one of the pioneers of the African fashion industry. Her ready to wear line, the SK Collection, offers contemporary pieces with Kenyan influences. As one of Kenya’s most recognized fashion designers, she has not only taken her knowledge and grown a successful brand, but she took things a step further and opened Mcensal Fashion School giving budding designers the tools to follow in her footsteps.

The public relations manager turned designer launched her first fashion line in 2011, but in 2015 rebranded to create a line that focuses on bringing clothing to market with ethics and sustainability in mind.  She has made her mark on the fashion world in a brief time with a nomination for Designer of the Year at the Kenyan Fashion Awards after rebranding in 2015.

Patricia Mbela’s brand Poisa is a ready-to-wear brand that is best known for its intricate knitwear that she has coined “wearable art. She has also contributed her talent to Kenyan Airlines by designing uniforms for the airline. This money-savvy designer began as a finance intern but later took a step into the design world by using all of her saving to buy equipment, and set up shop in her mom’s home. Her investment has paid off as she was named “Designer to Watch” in 2016, and her gowns are sought after by brides across Kenya.

Deepa Dosaja started her career in fashion as Merchandising Manager but took her talents opened an haute couture line in 1991, which she named Vabene Couture in 2000. Her designs have been worn by stylish women across the world, and in 2015 the brand dressed Oscar Winner Lupita Nyong’o on her Kenyan Homecoming tour. 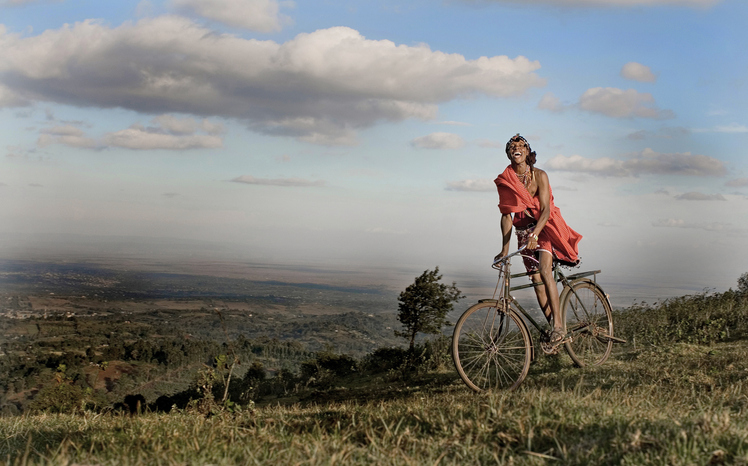 If you are looking for an inexpensive way to get to Kenya, we’ve found a solution. Lufthansa Airway, an affiliate of United, is currently advertising roundtrip flights from Atlanta to Nairobi for as low as $597. This deal is valid for travel between April and May. Be mindful that this is not a direct flight. […]