Indian Grandmother Known For Her Delicious YouTube Videos Dies At 107

Famous for her delicious videos, the family of Mastanamma, Youtube’s oldest star, announced that she has died at 107.

Getting her big break at the “young” age of 105, Mastanamma is known for her advanced cooking methods that have circulated the internet. While she was cooking some eggplant curry, her great-grandson started to film her and put the video on Youtube in 2016. That one post went on for two years, with her channel gaining over one million subscribers, charming her viewers with traditional Indian dishes on Country Foods.

She deserved all the attention. Karre Mastanamma grew up in the rural area of Andhra Pradesh, a southern India state. Married at just 11 years old, she had five kids and was left to care for them when her husband died when she was 22. One time she recalled a conversation she had with her late husband about how she would overcome. “How can I survive without you?” Mastanamma asked him. “He said: ‘You are clever. Don’t worry.’” She did just that. Working as a laborer, Mastanamma earned a few dollars a day carrying 200-pound bags of rice on her back. Things got a little harder when she lost four of her children to disease.

When the Youtube channel kicked off, she embraced the popularity. “She knew she was famous,” said Srinath Reddy, who started the channel with her grandson, Karre Laxman. “She loved that.” Even though she suffered from cataracts and wore dentures, Mastanamma spent her days peeling ginger with her thumbs, storing bird eggs in her sari and roasting chicken inside a steaming watermelon. She kept her old school spirit by cooking outside on an open fire. Laxman and Reddy would regularly post Mastanamma’s recipes online and she also would give interviews, telling so many stories about her past.

Everything started to slow down a few weeks ago when Mastanamma got sick. Last week, she became unconscious and died peacefully in Gudiwad. Sadly, the last few videos on Country Food’s channel are of the star’s funeral. A bright yellow truck can be seen carrying her body with supporters dancing and pouring rose petals on her coffin. 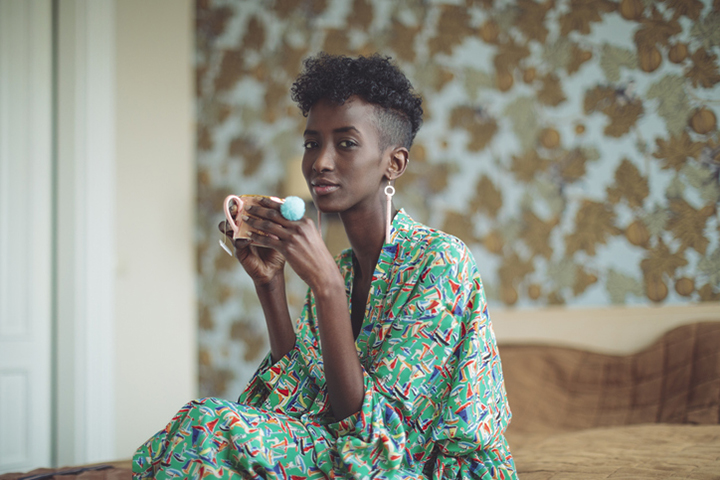