Do you love the Hunger Games series? Did you read the books and see all of the movies more than once? Well, you will definitely appreciate this.

Los Angeles-based group Think Well, in conjunction with Lionsgate Films are working to create an entire theme park dedicated to popular films from the film company.

The park, which will be located in China, is going to be one of the firsts of its kind. Imagine Universal Studios but on another level and mostly geared toward adults.

There will be over 35 attractions in the 240,000 square-foot indoor park, with an entire floor dedicated to the Hunger Games.

Get ready to transport to the movie’s Capitol City featuring a themed restaurant, bakery, and hair salon.

While most people know the movie to be pretty gory, the rides will be thrilling but on a scaled-back level. You’ll be able to put yourself into the movie via 3D simulators as you attempt to escape from the city and its evil leaders. Fight through burning tar, electrical nets, fire, and the famous attack wasps.

“In this park, we got to use VR in three different ways and that is enabled by the size and demographics of the audience,” David Cobb, a creative director for Think Well Group told Forbes. “We get to immerse people in these incredibly lush and visual worlds and combine motion simulation and physical effects that surround you and map you into this digital world and an extension of the physical world you are interacting with on the ride.

Other movie attractions will include Twilight, Divergent, Now You See Me, Gods Of Egypt, and Escape Plan.

The park will be located one hour outside of Hong Kong. There is no word yet on when the park is slated to open or how much it will cost to enter. 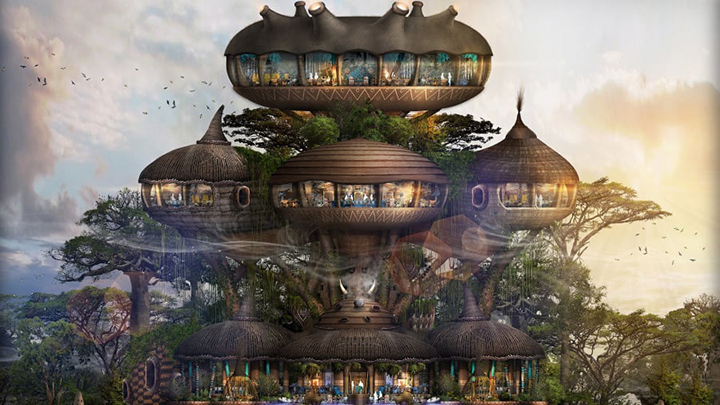