In 2017, thousands of music lovers were conned out of their stone cold cash after paying top dollar for what they believed was an exclusive, VIP festival experience on Pablo Escobar’s private island. However, when they arrived on the island of Exuma, they weren’t met with the luxury experience they were promised. Instead, they were left hungry, soaked in rain, and without accommodations. Now, a similar festival in Belgium has is repeating Fyre’s tragic history.

If you are one of the millions who watched the Fyre Festival documentaries on Netflix and Hulu, you are aware of how the use of social media influencers, marketing, and good old fashioned scamming made it easy for consumers and investors to part with their money. However, despite the popularity of the documentaries, Vestiville, a Belgium music festival, was able to follow the exact blueprint and meet a similar fate as Fyre.

Vestiville was due to take place on June 28-30th at Kristalpark in Lommel, Belgium. It was promoted as 3 days of music, fashion, art, and camping, and featured an A-list lineup which included performances by Cardi B, A$AP Rocky, Migos, Future, Meek Mill, and ironically, Ja Rule.

Vestiville is almost identical to the tragedy that took place with Fyre Festival, right down to Ja Rule somehow being involved.

They even provided a well-produced promo video for the event, just like Fyre Festival. However, what they were promised isn’t what they got.

And also like Fyre Festival, this was a cashless event, which means attendees would have to pre-pay for “cashless wristbands” in order to purchase food or drinks on the festival grounds.

Tickets for the event were priced up to €470.80, which converts to $536.22 US Dollars. According to their official website, there would be no refunds.

Here’s where things fall apart: as fans from all over the world file in for what they expect to be an experience of a lifetime, they are informed that the festival is canceled.

One traveler spent $1015.60 US Dollars and waited 2 hours to get into the festival, only to find out it wasn’t happening and he wouldn’t be getting his money back.

He wasn’t the only one concerned about his refund, either.

Other festival-goers reported that they were deprived of food and water after not being allowed to leave the campsite on the day of the show.

Apparently, performers had begun dropping out of the festival. A$AP Rocky took to social media to inform fans that he would not be in Belgium due to the festival organizer’s inability to meet his security and production demands.

At one point, things get chaotic on the festival grounds and police officers with K-9’s attempt to diffuse the dangerous situation.

With a complete sh*tshow on their hands, Vestiville has taken to their Twitter account to explain the cancelations. According to organizers, the mayor of Lommel would not allow the festival to continue because they could not ensure the safety of the artist or concergoers.

There were also production issues.

As for Vestiville’s no refund policy, organizers say they’ll consult with their investors to try and get customer’s their money back. However, no guarantees have been made. 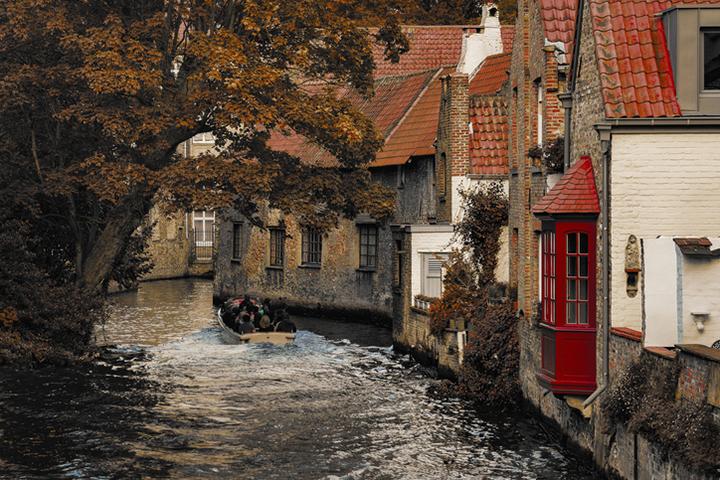