The Canary Islands are a Spanish archipelago located off the coast of Morocco that are often overlooked by vacationers.  The stunning islands are known for their rugged black-sand beaches and thriving nightlife. However, beyond the beaches and bars are a variety of cultural and scenic attractions that shouldn’t be missed. To experience this slice of paradise like a local, first you need to know which island to visit. El Hierro and La Gomera are the smallest of the seven islands and are also the least visited by tourists. Head here for fewer crowds and some of the most unforgettable natural beauty you’ve ever seen.

RELATED: Most Beautiful Airbnbs In The Canary Islands

El Hierro is the smallest and western most island. Its sky is known to be one of the cleanest and brightest in the world making for unforgettable sunsets and stargazing. The perfect place for a dip on this island is at the cove at El Tacorón. The beach is located in the southern part of the island and renowned for having the calmest Atlantic waters all year round. Charco Azul is another quiet, ocean paradise. This natural seawater pool, in the majestic El Golfo valley, is a gift from the island’s volcanoes to its people.

Next, take an excursion to Pico de Malpaso that will allow you to see and experience the island as you never imagined. At an altitude of almost 5,000 feet, it is the highest point on El Hierro. A trip to El Julan is also a must when visiting the island. In El Julan, you will find ancient etchings that bear witness to the passage of the bimpapes or bimbaches, the name given to the inhabitants of El Hierro, who inhabited the island before the Spanish conquest of the Canary Islands that took place between 1402 and 1496.

RELATED: Off Africa’s Coast Sits The Canary Islands & Here’s Why You Should Visit

La Gomera is a natural paradise. Just over half an hour’s drive from the capital, the village of Agulo is known as the “jewel of La Gomera”. The village sits on a natural platform giving you expansive views of the ocean and of Teide volcano on next-door Tenerife island.

Next, head to Los Órganos, a fascinating natural monument on the north coast of the Vallehermoso. The volcanic sea cliff is made up of vertical lava pipes that look like a giant church organ. A spectacular geological formation that can only been viewed by boat. For the best beaches on this island, head to Valle Gran Rey, known for its black sand, vivid blue water, and a valley dotted with palm trees and white-washed homes. You wont find large crowds here, just the scenic views that only paradise can offer. Most Beautiful Airbnbs In The Canary Islands

The Canary Islands are a Spanish archipelago off the coast of northwestern Africa. If you are ready to explore these magical islands known for rugged, volcanic backdrops and black and white sand beaches, here are a few homes to consider. Apartment Finca Toledo For just around $76 per night, you and three guests can call […] 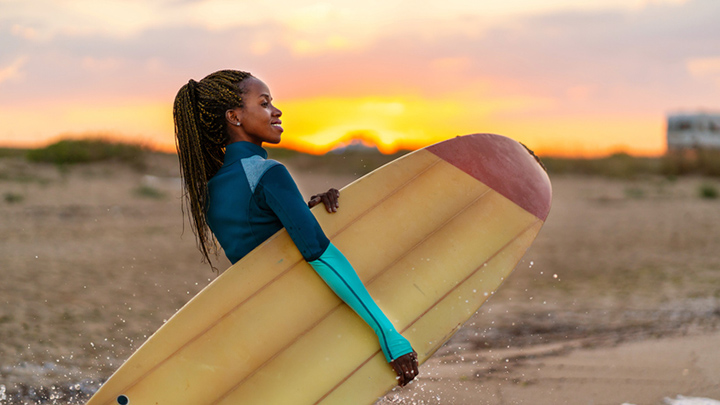 The Canary Islands are a Spanish archipelago off the coast of northwestern Africa. The seven magnificent islands are known for their white and black sand beaches and rugged volcanic backdrops. If you are looking for a relaxing, tropical vacation, here are a few reasons to add the Canary Islands to your list of options. RELATED: […]