Black Expat: What I’ve Learned After A Year Of Living In South Africa

This time last year, I packed my belongings into two large suitcases (after giving away most of my things), left the apartment that I called home for two years, and made my way to JFK Airport, Terminal 5. My parents drove up to NYC from Raleigh, NC just to take me to the airport because this wasn’t just any regular departure — it was my departure to South Africa, a place I would call my new home.

I am the only child so you could imagine how hard our goodbyes must have been. As I was going through the security line, I felt fear because I didn’t know when I would see my parents, friends, and NYC again. I began to ask my questions such as:

Am I really doing this?

What if it doesn’t work out?

If I fail, what are people going to think?

Nevertheless, I got on the plane and embarked on a 15-hour flight via South African Airways to O.R. Tambo International Airport in Johannesburg. Upon arrival, my boyfriend was there to pick me up and it really sunk in that I now lived in another country.

It has now been 365 days and it’s one of the best decisions I have made. Since living in a foreign country, I have learned so much about myself, the people in my life and the world. I would advise everyone to live in another country aside from their home country for at least 6 months if they’re able to.

Apart from learning about myself and the ones I love, I have learned other valuable gems:

Go With Your Gut

Prior to my leaving, people were trying to discourage me from moving to South Africa. Their reasons were that it was too dangerous, too far away, I didn’t know anyone besides my boyfriend and his friends and family, etc. My gut, however, told me that I was making the right decision.

Now imagine if I were to listen to what other people had to say about the choices I chose to make in my life?

My decision to listen to my intuition and essentially go with my gut isn’t just limited to my move to South Africa. I have learned that I should always trust myself in every decision I make because life is just to short not to.

So, if you’re wanting to do something but you’re being discouraged by the people in your life, remember: just go with your gut.

South Africa has at least 11 official languages, so you can imagine how much of a culture shock that can be to a girl from Brooklyn who only speaks English (ok, maybe I can speak a bit of Spanish too). In addition to the languages, there are certain slang words said that I had to learn as well as mannerisms in everyday conversation.

Besides the obvious cultural differences and occasional language barriers, I realized that we are all a lot alike.

Twenty-something-year-olds in Johannesburg love to brunch, have houseplants party. They also enjoy working and there are a lot of creatives, entrepreneurs and artists in this city. It reminds me of the millennial culture in NYC.

If you walk into any coffee shop in Johannesburg on a typical Tuesday around 9 a.m., you’ll find it filled with young black people busy having meetings or on their laptops typing away.

As I began making friends here, I realized that we all have the same type of fears as well. Here we are in our mid to late twenties, without children and our main pressures were how we were going to work our way to meeting the goals we set for ourselves.

When talking to people about their childhood and high school/college days, it was obvious that we lived similar lives. Although I grew up in the U.S., I was able to relate to the experiences my South African friends had during their adolescent years.

Not Everyone Will Understand My Journey And That’s Ok

For my friends back home, it’s sometimes difficult to understand how I could just pack up my life and move to the other side of the world. Some of my friends didn’t realize Johannesburg is a cosmopolitan city and has the same quality of life, or better, than the U.S.

“Do they have houses there?”

“There’s a Zara in South Africa!?” (After posting about Zara’s Black Friday sale on my Instagram stories)

“There are white people in South Africa?”

People didn’t understand why I would leave the U.S. to live in Africa. At first, it bothered me but now I realize that everything isn’t for everybody to understand.

Things Get Better With Time

One of the hardest adjustments I had to make in the beginning was my independence. Living in NYC allows you to live independently because you’re able to just hop on the subway and go wherever you want as long as you have a MetroCard.

Johannesburg differed because there isn’t really public transportation and it’s not exactly a walking-friendly city. I had to rely on Uber and carpooling with my boyfriend until I worked up the courage to drive. I have been driving since the age of 15 but in South Africa, they drive on the left-hand side of the road. Once I started driving, I became comfortable and now I drive all around the city on my own.

Not knowing anyone besides my boyfriend and his friends and family at first was also quite difficult. I wanted to make friends on my own that wasn’t affiliated with my partner. It took months, sometimes feeling a bit lonely, but I now have friends I can call my own.

With everything in life, it may start out rough but will definitely get better with time and patience.

Living With Your Partner Gets Difficult

Prior to me moving, my boyfriend and I were super excited. We had been doing long-distance for over a year and the fantasy of living together was now becoming a reality. I moved into his apartment after he cleared out closet and storage space for me to unpack my belongings. Now looking back, I understand how hard it could be having someone move into your space.

Since living together, we had to learn about each other’s habits and adjust to each other’s sleep patterns and lifestyles. For example, I enjoy going to bed early and waking up early and my partner does the opposite. My sleep pattern was completely messed up after moving to Johannesburg but since then, it’s gotten more regulated.

Although Africa is beginning to get the positive attention it deserves, there are still people who have negative views on the continent. Since being in South Africa, I have visited Rwanda, Botswana, and Morocco. I cannot stress enough how beautiful African countries are. I truly believe it is a continent that should be visited more by black travelers.

Living in South Africa hasn’t been perfect but it has been the best experience of my life. I’ve learned about new cultures and tribes. I have also learned about how exploring the unknown and taking a chance on yourself can truly be uplifting.

Remember, you only live once. On Thursday, the U.S. State Department released a Level 4 travel advisory warning all Americans to not travel abroad. These were extreme measures taken by the U.S. to stop the spread of COVID-19, but other countries are taking it a step further. For example, South Africa has locked down travel in and out of the […] 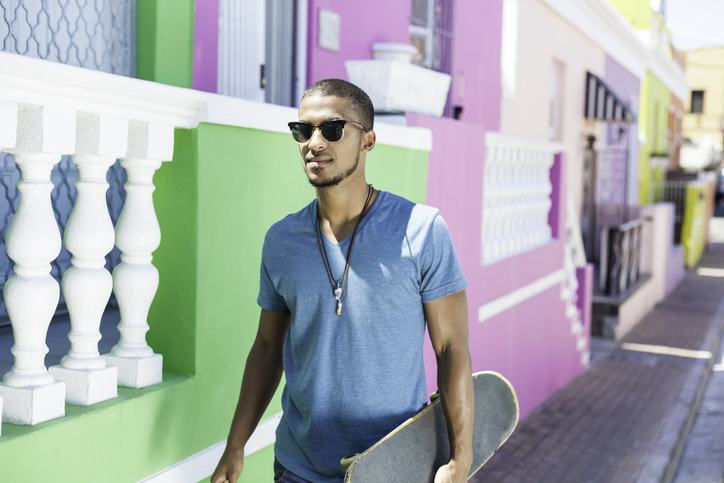