These European Cities Should Be On Your 2019 Travel Bucket List

“Pack Your Bags for Paris!” That was the result of a quiz regarding my travel bucket list. I’ve always wanted to travel to Europe, but I was never exactly sure where. There are so many options, aside from the usual hotspots like Paris, London, and Rome.

According to a tourism report, Europe is the most visited region. Despite recent dealings with racism and political affairs regarding Brexit, Europe sees over 67 million visitors a year.

Here are 11 European cities that should be on your travel bucket list this year.

I know what I said earlier, but how can you go to France and not check out The Eiffel Tower? I’d love to have a picnic right on the lawn or check out the Louvre Museum.

This city has been dubbed the “New Arts Hub of the Baltic.” If you’re looking for arts, culture, and nightlife, this is where you need to be. Attend a variety of activities from live concerts, film productions, and creative readings. This historical overlooked city of treasure between two harbors was named a UNESCO world heritage site. Not to mention, it’s one of the filming sights for the Game of Thrones show that you can actually visit. The city’s skyline over St. Paul’s Cathedral is to die for.

Visit one of the oldest inhabited city in Europe while feasting on fresh seafood under the cool long summer breeze. For one hour, enjoy guitarists, dancers, singers, and fun during an original flamenco show, a popular Spanish art form passed down from generation to generation. The dance tells a story through elaborate costumes, music and body movements. 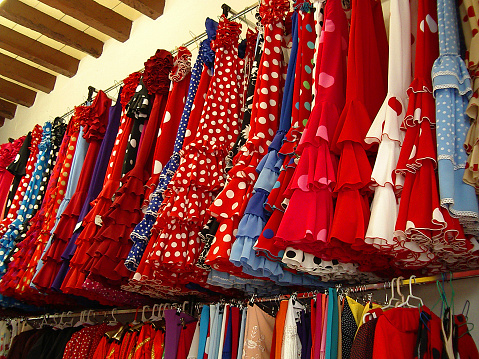 Catch the views cycling alongside the Vienna River with 600,000 other cyclists. Spend this winter skiing and ice-skating and lookout for the flea market in the summer.

Santorini is another hotspot taking over social media. An expert traveler dropped all the gems on how to travel to Santorini on a budget with food and housing tips.

Cannes was a popular hotspot for celebs this year. While on their OTR II, Beyonce and Jay-Z took some time to relax while sailing in Cannes. It was a family affair for the happy couple and their daughter Blue Ivy. Every part of Italy encompasses art, culture and historical architecture. Take a personalized tour along the Tuscan countryside for some southern views of the city.

Unlike Forbes, I’m only going to give you one reason for going to Croatia. That is to mend your broken relationships. Deal with the hurt, pain, and loss at the Museum of Broken Relationships by contributing an item from the relationship as a self-healing therapy. 10 Travel Resolutions To Consider For The New Year

With 2020 just a few weeks away, many people are already thinking about their new year’s resolutions. If you are making travel a top priority in the new year, here are a few resolutions to consider.   Use Your Vacation Days According to the Washington Post, 55 percent of Americans don’t use all of their […] 50 In 50: The Best Bucket-List Ideas For Each State

What’s the one thing you must do in every state? Here are our top picks for experiences across the country in every state. Alabama Adult Space Academy Get ready to experience your inner astronaut at the U.S. Space & Rocket Center in Huntsville.  Harness your childhood dreams of being an astronaut by taking part in the Adult Space […]