The stories behind those daring Instagram photos you see—the ones of people scaling elephants and cuddling with tigers—may be pretty devastating. The next time you approach an elephant for a photo in your travels, you may want to think about what happened to get them there.

In Laos, agents have been sending wildlife to China and some to the Middle East, paying a little more than $300,000 for transport, according to The Independent. Filmmaker Karl Ammann has exposed the world of animal trafficking in a new investigative film that caught elephants being sold into the arms of abusers, forcing them to perform in circuses, zoos, and safari parks 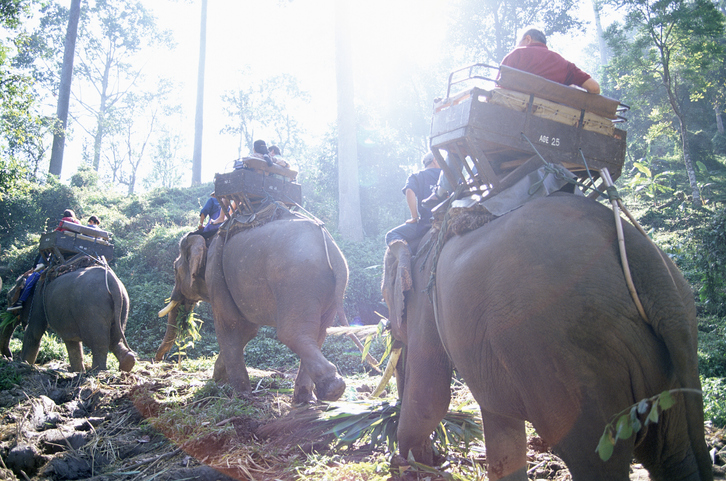 So how serious is the problem? Since 2016, about 80 live Asian elephants are believed to have come from Laos to China and almost 100 baby African elephants from Zimbabwe. Taking them from their homeland tremendously affects the creature’s population, which is already hit hard by senseless illegal hunting. After the trade is done, the torture begins. The animals are bound to chains, deafened by loud music, blinded by obnoxious lights, and forced to perform tricks or carry travelers on their backs.

In some instances, they are even starved in order to learn how to obey. The abuse gives the animals fear of humans. And while we continue to plan our trips around these experiences, the number of ways to partake in these excursions rise. Who wouldn’t want to take in the breathtaking scenery while sitting on top of an elephant?

“An elephant wouldn’t naturally accept a person on its back any more than a lion would,” Duncan McNair, head of Save The Asian Elephants said. So when tragedies happen, there really should be no surprise. Back in 2016, an elephant killed a British tourist while riding on its back with his teenage daughter. Afterward, the elephant was beaten and forced to work again the very next day, which could have caused more casualties for other tourists. 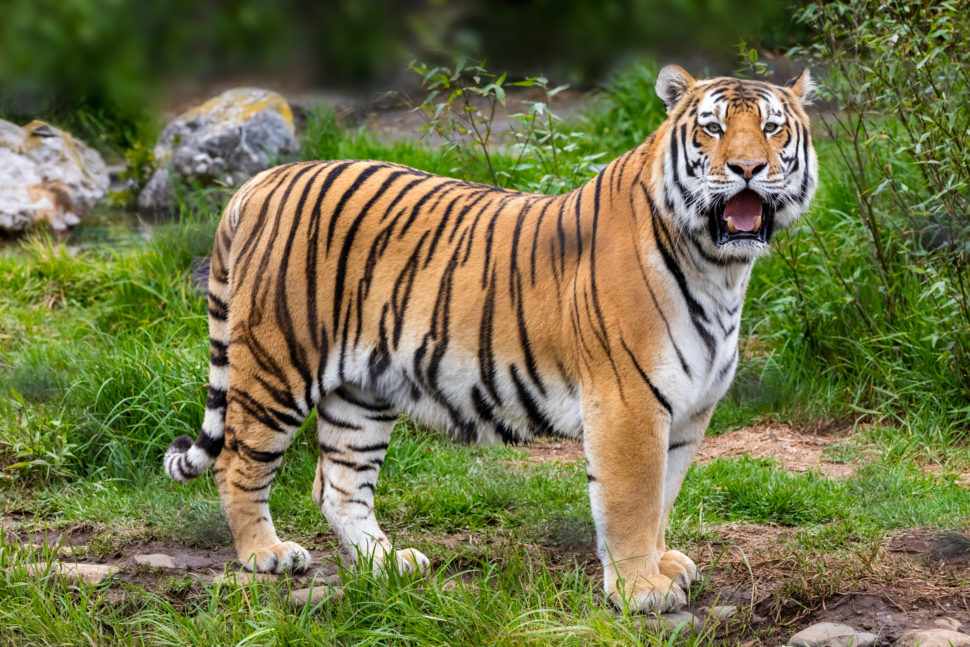 Wild elephants aren’t the only animals suffering from abuse. Those gorgeous tiger selfies we see on our timelines often cause the ferocious cats great harm. “If you’re having a picture taken with a tiger cub, chances are that it’s been dragged out like a prop then taken back to its cage at night when tigers should be allowed to roam,” Chiara Vitali, campaign manager at World Animal Protection, told The Independent. “To get that picture of a lifetime, it might have taken a lifetime of animal cruelty.”

It’s like what Chris Rock said in his Never Scared standup special when joking about the tiger who bit circus performer Roy Horn in the neck: “That tiger ain’t go crazy; that tiger went tiger! You know when he was really crazy? When he was riding around on a unicycle with a Hitler helmet on!”

RELATED: A Popular Beach In Thailand Will Be Closed This Summer

In 2016, reports came in of tigers being beaten with sticks and drugged at Tiger Temple, a Buddhist temple in Thailand. 137 tigers were taken from the temple, where authorities also found 40 dead cubs in a freezer. Earlier this year, reports of pig abuse on Major Big Cay island in the Bahamas we released after the animals were seen to be sunburnt and covered in cuts. Visitors also claimed that excited tourists pick them up and make them do tricks, and some have allegedly even fed the creatures alcohol. It’s still a mystery as to how the pigs even got there.

Of course, there are severe consequences for these crimes. In some countries, parties involved in the illegal import can be sent to jail and the animals in question can be confiscated. However, McNair says it can be hard to keep track of. “There are so many fake documents around it is extraordinarily difficult to keep up with what happens to each animal.”

There are other ways to have fun and still get photos with the animals we love so much. Companies like World Expeditions offer safaris through Bandhavgarh National Park in India, which is home of a rare white tiger. For our trunk touting friends, travel agency Rickshaw Travel works with the World Animal Protection to show the animals that humans aren’t so bad. Travelers can go to Elephant Nature Park in Chiang Mai, which is like a shelter to abused animals. You can still get the pictures, you just won’t be in them. Instead, let them entertain you while getting pictures of them taking a bath or just having animal-like fun.