Chef Maxcel Hardy has made a name for himself in the culinary business, sharing his talents with around the world, and on television shows like “Chopped.” When he decided to open his first restaurant, River Bistro, instead of for setting up shop in New York or Miami, where he’d grown his career — he ventured back home to Detroit because as he puts it, “I saw the emerging food scene but it wasn’t being represented by chefs of color. I wanted to come into the community and open the doors for more African-American chefs and cooks to get to the next level.”

Not only has Max brought his expertise and experience to Detroit through his restaurants, but he is now the Resident Chef of Cleary University mentoring budding culinary artists.

With Detroit on the verge of a renaissance, Chef Max wants us to stop reading the headlines, and visit the Motor City without judgment. Here we talk about his latest restaurant opening in Detroit’s first food hall as well as what advice he’d give to a first-time Detroit visitor.

Travel Noire: You made our list of Best Black Owned Resturants in the U.S. with your debut restaurant, River Bistro. But you recently opened COOP at the Detroit Shipping Company — Detroit’s first food hall. How do you think this project will affect tourism and the culinary culture of the city?

Chef Max: I think this is going to help the food scene and the travel and tourism side of things because it’s going to give more people an opportunity to see Detroit and reach a different demographic. Being a food hall with an artsy, eclectic feel, it brings out the suburbs of Detroit, as well as draws national attention. I think this will definitely affect it in a good way.

TN: Are you the only black-owned business in the food hall?

TN: What advice would you give a traveler visiting Detroit for the first time coming to the city seeing it from the media’s point of view?

CM: The media has given Detroit this bad rep over the years. The reports are the city is on fire,  half the city is this, half the city is that, but I think collectively Detroit is resilient. There’s a lot of history and a lot of culture here that never left. The people that left are the people that really didn’t believe in the city. But, to give them some advice, you have to try it, you have to immerse yourself with the people, come see it and give it a shot —and hit the places outside of Downtown because there are other areas in the city that are thriving.

TN: Which areas should visitors see aside from Downtown?

CM: Rosedale Park is where I opened River Bistro — it’s up and coming. You have Corktown, that’s been around and now all of a sudden you have all of these artists and people trying to come in and turn it into the Williamsburg of Detroit, but it was already that way. You have Southwest Detroit that was hurt a little bit, but it is still so rich in culture. You have the North End, which is probably my favorite part of town just because it’s where Motown was born. Now, there’s this really cool barn called Oakland Ave — Jerry single handily revived that area through her farm initiatives. There are so many cool pockets that are just not getting their due.

TN: If you were hosting a friend for a day. What would that entire day look like from sunup to sundown?

CM: First, we’d start at Eastern Market. It kind of reminds you of an outdoor Chelsea Market. We’d start there for breakfast. Then I’d take them over to Motown. From there, we’d go to lunch at COOP — then we’d go to Belle Isle — it’s the historic island right in the middle of the city. Then I’d take them to Oakland Ave to check out the urban farm, and we’d leave there and have happy hour at Central Kitchen. We’d go to River Bistro for dinner, and after that, we’d go to Sweet Potato Sensations for a slice of pie — and the ending cocktail would be at Chops.

TN: Thank you so much for taking the time to talk with us. To end this, I want to ask you a few one-off questions. Favorite place to listen to music since Detroit is known for its music?

TN: Your favorite place to grab a cocktail?

CM: The Candy Bar or Chops.

TN: Favorite museum in the city? 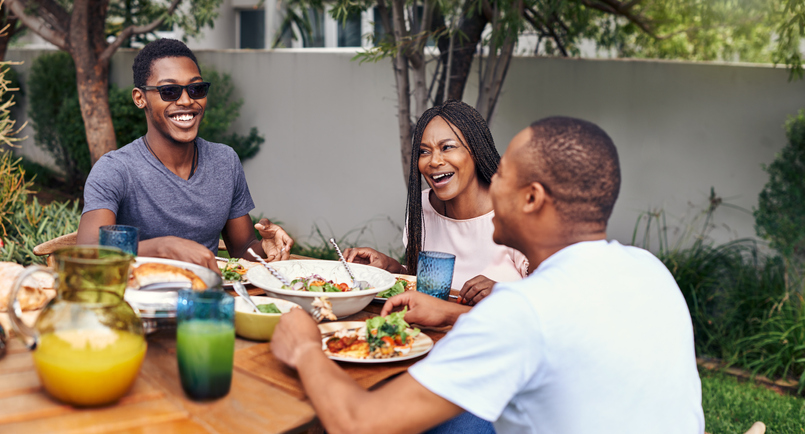 There is no question that Memphis is the home of BBQ… but how do you decide where to go when you’re there?! We’ve compiled a list, a guideline if you will, to help you navigate Memphis so you can decide which BBQ joints work for you and where to go. Check out our list of […]