Deal Alert: Round-Trip Flights To Costa Rica Are Going For $266

There’s a laidback vibe in Costa Rica that makes travelers from around the world want to pack up and move there after a single visit. We just found some great deals to the country’s capital, San José, that could have you basking in the beautiful destination by this August.

Fly from Los Angeles to Costa Rica for as little as $327 on Aeromexico with a connecting flight or $390 on Alaska non-stop when you travel between August and November and January through February. 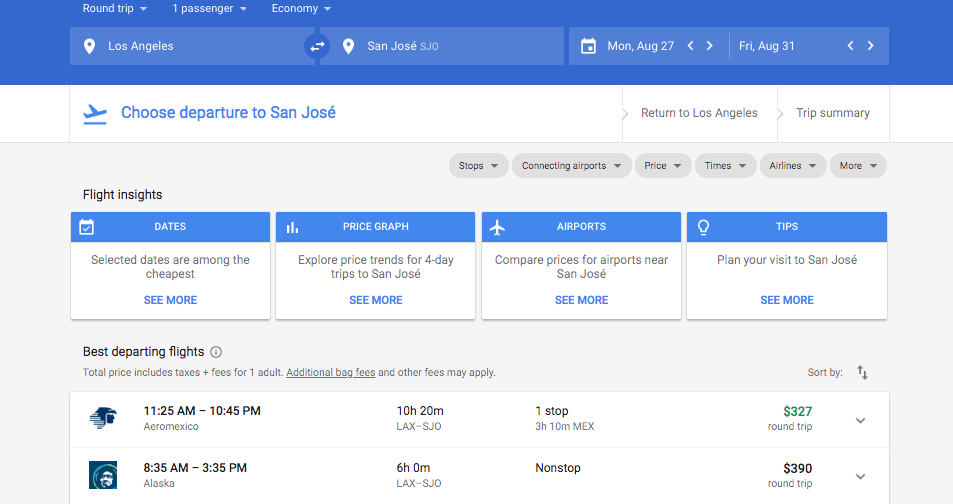 More deals can be found on the West Coast with flights from Seattle starting at $450 round-trip on Spirit and Delta offering flights for as low as $437 round-trip for those flying out of Portland, Oregon.

Some of the best deals to Costa Rica or for those leaving from the East Coast, with round-trip airfare going for just $287 for those departing Boston on Delta. Travel from New York in September and you could score a $337 flight, and we also spotted deals from Washington D.C. for $266 on American, but keep in mind that many of the cheap flights might have multiple connections

To start your search for flights to Costa Rica, visit Google Flights or use our sample flight itinerary here and customize the travel dates and origin city to meet your needs.