Cheryl Watkins is the owner of Charlotte’s only black-owned bed and breakfast. Ms. Elsie’s Caribbean Bed and Breakfast opened for business in the year 2000 and has been running strong since. Watkins named the B&B after her later grandmother, Ms. Elsie. Cheryl has roots in Aruba, and it is brought out in the décor of the home as well as the authentic Caribbean breakfast she makes for her guests. As a chef and part-time caterer, Watkins goes above and beyond when creating the 3-course gourmet meal each morning.

While her food creations are impressive on their own, the story behind the bed and breakfast is even better. 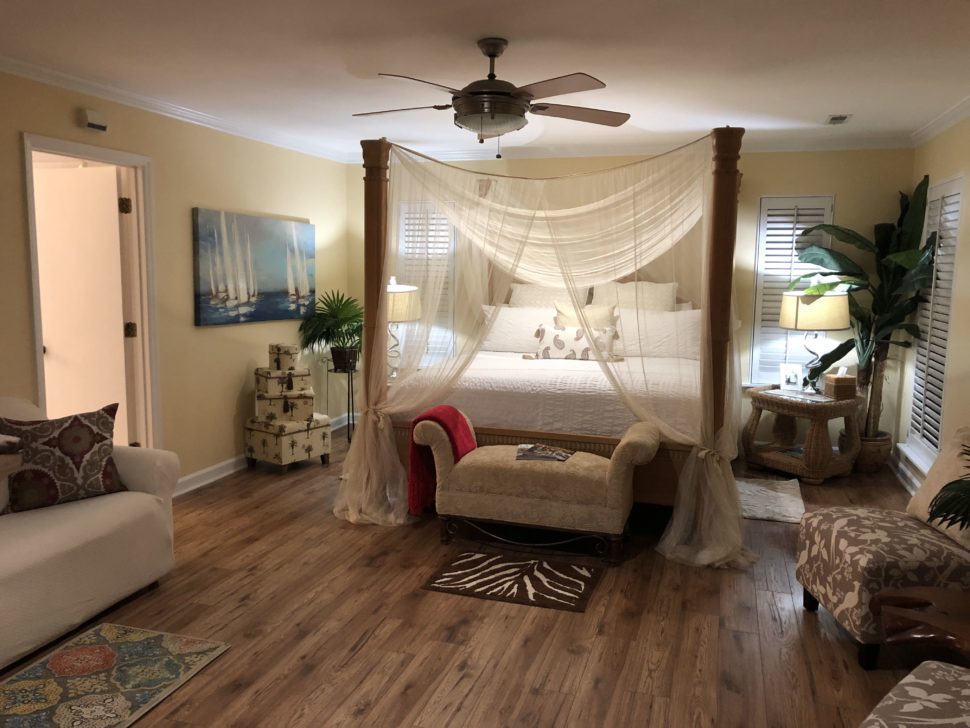 Related: How To Spend A Day In Black-Owned Charlotte

Travel Noire had the chance to visit the home and sit down with Cheryl to learn more about the story behind the business.

“It started with a dream. In the dream, I saw my grandmother standing on the veranda of a beautiful white house overlooking the ocean. In the dream I was crying because I had just learned that she had Alzheimer’s. She told me to stop crying and instead to celebrate her life because there was so much to be thankful for.

This dream unfolded from the time I was a child until I was an adult, and each time we were having breakfast. Breakfast is the one thing my grandmother and I always did together. I knew that whatever I ended up doing I wanted it to be culturally indicative, to be in real estate, and to be near water. I had that dream on March 2, 2000, and the next day I found this house.”

Watkins took a friend’s suggestion, who came across the house that would later become Ms. Elsie’s. Although hesitant to make an offer, Watkins instead decided to call her grandmother, who was now in the late stages of Alzheimer’s. “My grandmother’s home care aide said it was her first time sitting down in almost two days and she didn’t think she would be up for talking to me. I insisted that she put her on the phone anyway. Our conversation went as follows:

Cheryl: I think I want to open a bed and breakfast.

Grandmother: I think that’s a wonderful idea. People from all over the world will come.

Cheryl: Why did you say that?

Grandmother: I’m just telling you what I know.

Cheryl:  I think I want to name it after you.

Grandmother: Why would you do that? People will wonder what kind of crazy name is that.

Cheryl: She went silent for about 10 minutes. Finally, I asked what you thinkin’ granny?

Grandmother: With God’s peace, you have my blessing. Trust God for all things. I believe you are going to do well.”