Carnival Corporation has been making several changes in its leadership over the last five years. While the company was plagued with issues years ago, they are now looking to turn things around for the better.

Arnold Donald took over as CEO in July 2013. The New Orleans native has made it his mission to promote diversity of thinking throughout the company. “At Carnival Corporation, we embrace and value diversity and inclusion. It is reflected in our team members, our brands, our ports of call and our customers. It is part of our DNA,” Donald stated. 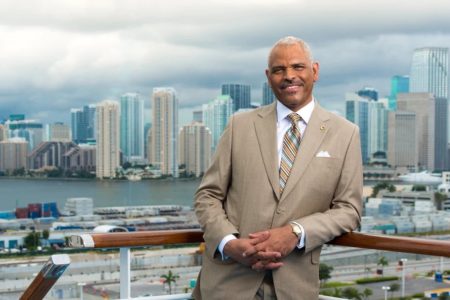 In addition to Donald, the company also has several other African Americans in leadership. Orlando Ashford is the current President of Holland America Cruise Line, an entity of Carnival Corporation. Julia Brown was named CPO of the corporation back in 2015.

These are only a handful of the names of the black and brown people helping to steer the company toward success. The company is looking to appeal to more diverse travelers, especially millennials. The cruise line recently took the number one spot for “Best Cruise Line for Millennials” in 2017. While cruising has typically been more appealing to an older demographic, Carnival is pulling out all their tricks to attract younger generations.

The company is also making changes when it comes to the experiences they will offer on their ships. The new Carnival Horizon, which set sail in 2018, offers a number of features that should appeal to millennials such as SkyRide, a suspended cycling experience, the first IMAX Theater on a cruise ship, and a teppanyaki restaurant. Queen Latifah served as the “Godmother of the ship” during its initial sailing.