Black Runners Fellowship For Change in the Black Community

Three years ago, Stephen Love Wade participated in a running challenge with his college roommate, 30 miles in 30 days. Each month, he challenged himself to add 25 more miles to his goal, reaching 100 miles a month by September. Now, Wade co-heads the only black running group in Nashville, 6RUN5.

“Getting people to run was the first step. I want to be able to inspire someone that follows on Instagram to run and come out one Saturday morning,” he said. “We’ve created a group, so those people have a support system and someone to run with,” Wade said. Now at least 40 runners meet regularly every Saturday morning at the Farmer’s Market on Rosa Parks Blvd for group runs, some wearing 6run5 merch.

Most people know him as the goal-oriented, semi-funny guy that runs around West End enjoys Whole Foods’ hot bar and has over 100 pairs of some of the dopest sneakers you’ll ever see.

But running had become his peace of mind from his fast-paced-clinical setting career. Despite his strict schedule and working two jobs, Wade still manages to gather a growing community of black runners through weekly group runs. Every morning, its miles for breakfast. “When I run, my mind is like an empty canvas. I gain clarity and ideas begin to come to my mind. That’s really how 6run5 happened.”

It becomes part of his mantra and his lifestyle, setting goals accordingly for what he wants and goes for them. “At work, I’m constantly putting fires out. I’m a problem solver. And it can get mentally exhausting,” he said. “So by the time I leave work, I’m drained. So running has become my therapy. It’s my time inside to challenge myself. I never run to compare myself to anybody; I run to improve myself.”

His passion for running and competitiveness led him to compete in over 14 races and half marathons alongside his college friends and accountability partners, Lance Woods and Micah Wells in Miami, Brooklyn, (his favorite) and in D.C. with the District Running Collective. Wade ran his last half marathon this past summer in Chicago alongside, Woods, shaving 16 minutes off his run time. He knows because he regularly checks his watch, whether he’s at dinner or enjoying a local music show with friends.

Woods’ fell into running in a similar way as Stephen. Woods currently works in youth development in the Detroit school system but picked up running in 2015, after participating in a #sweatyseptember initiative with a friend. He went from running 1-3 miles a day to now competing in races and marathons all over the country.

“I started falling in love with running because I was seeing what it was doing for me mentally, spiritually, and emotionally and I saw how fast I was able to improve at something that I consistently did,” he said. Last year, Wood and his partner and fellow runner, Joe Robinson, formed We Run 313, the fastest-growing running group in Detroit. In just a few months, the club has gathered at least 200 people to do something about their health, with 2-Mile Tuesdays and other weekly meetups, acting as catalysts for change. “We’re giving the community what they needed, and serving as a source of encouragement, a source of inspiration, and building connections with people that you might have never met while building the community up at the same time,” Woods expressed.

Inspired by his friend and tired of running alone, Stephen created the #RunYourOwnRace run challenge, while spending most weekends traveling to other cities. He loves the openness of Piedmont Park in Atlanta and enjoys running trails and marathons in D.C. with District Running Club. He had always admired the amount of support and celebration the runners gave each other after competing in D.C. “After the marathon, they would celebrate so hard. I’ve never had so much love in my life, and I didn’t even know those people. It was a different type of feeling.”

Wanting to bring that same feeling of celebration to Nashville, Wade tapped another local runner who had just as big of a passion for running as he did. For school teacher and basketball coach, Emily Fields, life happened when her mother was diagnosed with breast cancer in 2014. They began running together to lose weight, but Emily unknowingly tapped into her new daily devotion. “Every morning no matter what I run and that’s my stress reliever, that’s how I start the day,” she said.

“That’s my daily devotion before I walk in here and build these scholars up so they can be successful in the future.” Like Wade, you were guaranteed to see Fields running before or after work, sometimes both. Fields had started her own Nike Run Club Challenge, helping to lead over 200 people into healthier lifestyles.

Established in June, 6RUN5 aims to inspire the community in Nashville to challenge themselves and reach their full potential through running. Fields and Woods are mostly proud of being able to unite a group of black runners in one of Nashville’s predominantly black neighborhoods. The design mirrors the iconic AT&T Batman building downtown.

“For the black community, most of us don’t start working out until something happens, which is unfortunate,” she said. “But now you see people, black people running up and down Jefferson Street, up and down Buchanan, its beautiful to see. It lets me know 6RUN5 is way bigger than just us.”

Licensed physical therapist Dr. Micah Wells lends his expertise to Wade from time to time, tackling every element that running composes in the DMV area. He gives tips on carb loading, stretching techniques and conducts running analyses for Injury prevention and recovery. “Overall, I’m getting them back to where they need to be based on my experience with running, but most importantly, with my expertise as a physical therapist.”

He credited his toned physique and strengthened legs to running with the DRC, for strengthening his legs. He also enjoyed being able to fellowship with his fraternity brothers, Stephen and Lance. “It’s really brought us closer together as brothers, that’s how we fellowship,” he explained. “It’s just one more thing we have in common that allows us to tackle our goals and achieve in all aspects of our lives.”

Their unified goal was to get people in the black community acclimated to running and living a healthier lifestyle, which they’ve done. These four individuals are all making their own paths of success within the world of health and fitness.

The opportunities for 6RUN5 are endless, consistently working to grow membership and group participation. They hope to have 40 people run the Rock ‘n’ Roll Marathon Series in Nashville next year.

“With starting run clubs, they’re bringing that element to our communities, especially a place where African Americans aren’t running as much, it’s an amazing thing,” Wells said. “They’re doing their community a great service by creating that platform to do what they’re doing, and it only leads to an increase of individuals of color running and a decrease of health issues.”

As for Stephen Wade, he’s taking his running shoes international, training his next marathon series in Montreal later this month. 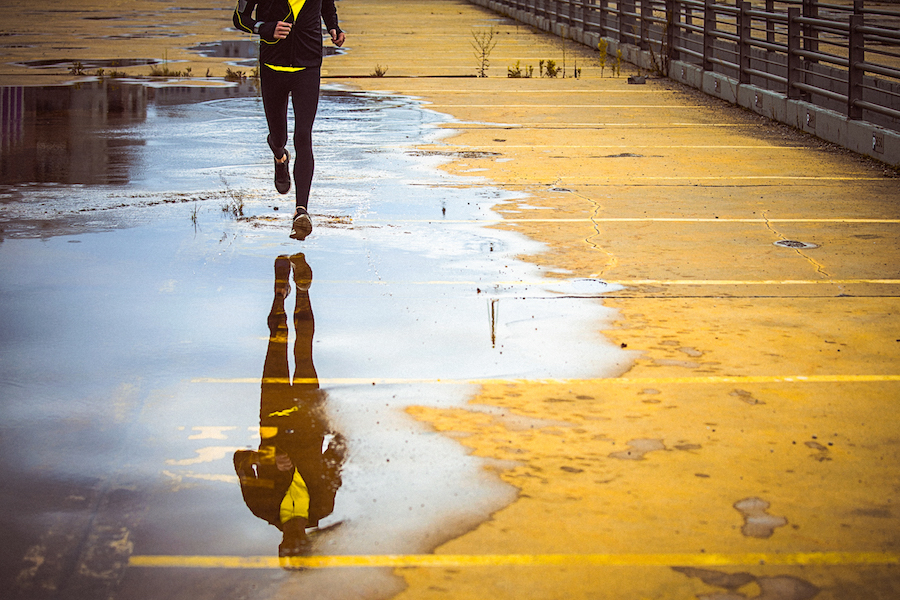 For years, residents and locals would casually spot Baltimore’s Running Man in the city, running cross-country in an effort to stay healthy. People honk their horns and wave in support when they see him. At 64-years-old, Keith Boissiere runs 20 miles a day and has done so for the last 30 years. He isn’t preparing […]