The Black-Owned Restaurants You Need To Try In Europe

The flavors of Europe are as diverse as the continent, and while some nations have turned cooking into an art beloved around the world ( think France, Italy, Spain, and Greece) other countries have struggled to gain a wider appeal for their food outside of restaurants in Europe.

Adding to the culinary scene in countries throughout Europe are African and Caribbean immigrants who migrated to the continent and brought their recipes, ingredients, and cooking techniques with them. The culinary influence of the African diaspora is present nearly everywhere in Europe, and we’ll tell you just a few places where you can find black-owned restaurants serving African, Caribbean, and Creole food in the places you would least expect.

Open since 2004, the goal of African Kitchen is to serve quality food to Africans visiting and living in the Netherlands and to introduce the unique flavors to Amsterdam natives. Here you’ll find West African soups, grilled or fried fish, and Jollof rice, and the restaurant also throws parties every Friday.

“I want everyone to feel at home here,” says Elda Thorisson-Faurelien of her popular Reykjavík eatery called Café Haiti, which serves up beer, traditional Haitian coffee, desserts, and light meals inspired by the flavor of Haiti. The restaurant has been around for more than 10 years and remains one of the best places to get coffee in all of Iceland. Get a bite of the Caribbean while you’re in Berlin at Madinina Délice Créole, a beloved eatery where diners can order everything from chicken curry to sweet potato croquettes. Martinique-born chef and owner Eric Milia has spent more than two decades in Berlin, and this spot is one of the few places where you can get island food while in Berlin.

Waly-Fay is where the real people of Paris eat. Owned by Olivier Thimothée, reservations are highly recommended because the African and Carribean seafood dishes, marinated chicken and desserts always draw a crowd.

Craving soul food between those baguettes and all of that French onion soup? Gumbo YaYa is the place to go for chicken and waffles, sweet tea and seafood gumbo, and they even made sure to get Louisiana Hot Sauce for the last touch.

Iré Hassan-Odukale teamed up with his childhood friend Jeremy Chan to open what has been dubbed “London’s First High-End Nigerian Restaurant.” A dinner tasting menu changes daily and features dishes like Hake Banga Bisque and Iberico Pork Suya, as well as a lunch menu with items like Octopus Efo & Cassava and Smoked Crab Jollof Rice. Fans of this restaurant love the vegetarian options that are plentiful during the lunch buffet, and while African eateries in Helsinki are rare, African Pots is changing the scene and bringing exciting flavors to Finland.

Copenhagen has a thriving culinary scene and this Ethiopian eatery fits right in with the relaxed and welcoming restaurants the city is known for. You’ll find traditional dishes like doro wot and tibs on the menu, but there are also a few pastas and a roast chicken dish if there are picky eaters in your group.

Michael Anukege opened this eatery with his mother in 2015, and they’ve served Nigerian and West African dishes like plantains, Jollof rice, and Fufu to customers in Switzerland ever since. 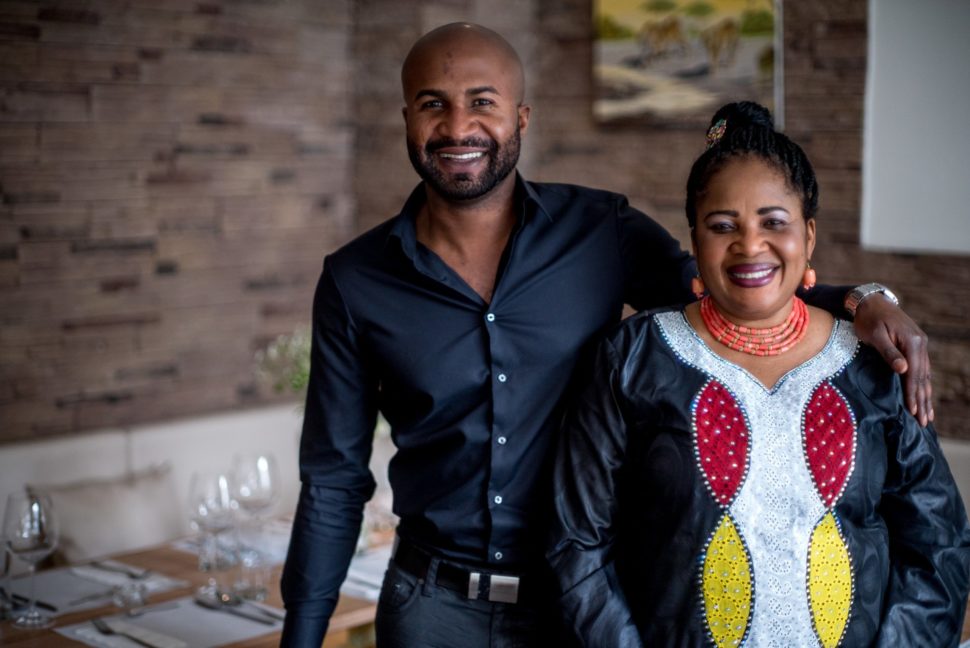 Great food is part of Portuguese culture, and Cantinho do Aziz does a stellar job of presenting Mozambican food in the historical area of Mouraria. Here you’ll find lamb, coconut rice, seafood, and fried banana, and be sure to order the Picante Bakra PiriPiri, a lamb rib dish served with a spicy red sauce.

This eatery in Madrid’s historical Lavapiés neighborhood is an inviting place for immigrants, visitors, and natives who all gather over beers and West African food. The traditional Senegalese dish ThiebouDienne is a must-try, and it’s one of the most authentic African restaurants in Madrid.