The Black Expat: ‘I Am In Control Of My Life And The Experiences I Create’

El Paso, Texas native Chidimma Ikeakor, aka Anne, made the move abroad less than a year ago. She has now made South Korea her temporary home where she works as an English teacher through the EPIK program.

While she has enjoyed her experience thus far, she doesn’t see this as a permanent move. We spoke with Anne to learn more about life abroad and why it’s not a long term move for her.

Anne: I had just graduated with my Bachelor’s from the University of Texas at El Paso 2 months prior, and I wanted to have the experience of teaching abroad for some time before I started my teaching career in the States. I started doing research about teaching abroad and came across many blogs, YouTube videos, and expat groups that led me towards deciding on Korea. I always had the desire to live abroad in a country whose culture was completely different from my own, but I never thought that it would actually become a reality for me.

TN: How has life improved for you since moving abroad?

Anne:  I’ve learned how to be more independent, get comfortable with being uncomfortable, and even improved my Korean a little. I am in complete control of my life and the experiences I create for myself. I’ve been able to travel and explore new places that would have been unthinkable in the past. I’ve had many group and solo travel trips all over Korea, including Seoul, Busan, Daejeon, Gwangju, Jeju Island, and Tokyo. Never would these opportunities have been accessible to me, had I stayed in the States.

TN: What struggles have you encountered as a Black woman in South Korea?

Anne: Living in Korea as a dark skin Black woman is not easy. Because Korea is such a homogenous society, there is a huge lack of diversity. For being one of the top countries in the world with the fastest internet speeds, Korea has a very backward thinking towards darker-skinned people (including darker-skinned Koreans). I can feel stares and glances everywhere I go. Some look in awe and shock, while others look in confusion and disbelief. I’ve had children and older Korean grandmas (ajummas) ask how my skin is so dark, and even try to rub my hands and arm to see if my melanin will come off.

Since getting my hair braided in Korea, I’ve had complete strangers in stores, public transportation, and even my students touch my hair without my permission. I try not to look at these experiences as something negative, but rather as a teachable moment. Many Koreans, especially those that don’t live in cities like Seoul with large foreigner populations, have never seen a Black person in real life. All they know of Black people is based on what the media feeds them. These things can be either positive or negative stereotypes that, unfortunately, many Koreans will believe and internalize. I have the opportunity to show my students, co-workers, and anyone I encounter, that Black people are just as human as they are. We are not the stereotypes that they are taught to believe, and we deserve to be treated with respect.

TN: Now that you have been in Korea for a little over 8 months, do you think you will stay? Why or why not?

Anne: Though I am thoroughly enjoying this new adventure, I cannot see myself living abroad for too long. I can distract myself by exploring new cities and countries, but being far away from my family and friends is much more difficult than I initially thought it would be. At times, I feel disconnected from the United States when things happen because they’re not really talked about in the news here in Korea. It’s become even more overwhelming after my hometown, El Paso, was recently attacked by a mass shooter. Of course, the language barrier, lack of diversity, and some cultural aspects are hard to deal with at times, but I think distance is the top reason why I can’t see myself living so far for a long period of time.

Related: The Black Expat: I Now Know What It Means To Live

TN: What advice can you offer to those thinking about moving abroad?

Anne: Just do it! There are many people who have moved abroad, so a lot of research and information about these opportunities are already available to you online. Google, YouTube, and Facebook groups will be your best friend in researching and preparing yourself to make this next step in your life.

I can’t imagine how much regret and unhappiness I would have felt had I not taken a chance at this opportunity. If you had told me 3 years ago that I would move across the world to a different country, I would have laughed in your face. Now, here I am, thriving and loving every second of my life. 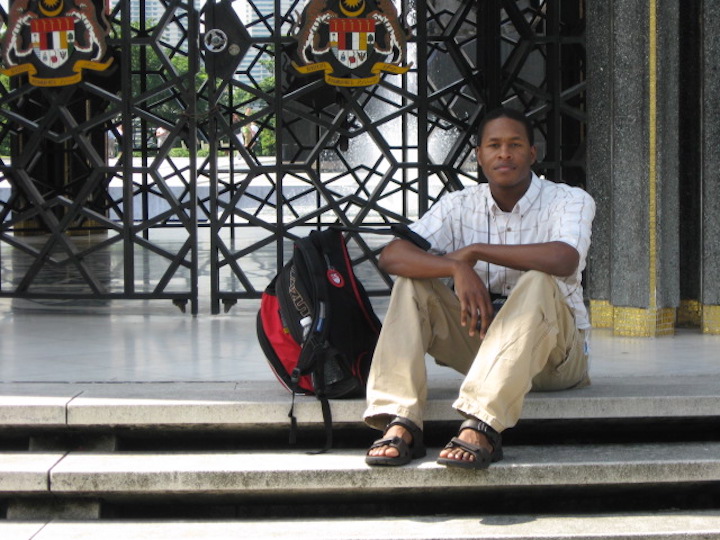