Beyonce’s contributions to the new live-action ‘The Lion King’ film span much further than lending her voice to the project. In the wee hours of the morning, the singer released ‘The Gift’, the album she executive produced that is featured and inspired by The Lion King. What makes the album so great is that Queen Bey let quite a few African creatives take the front seat. In fact, most of them got the opportunity to be featured on a track with her.

Afrobeats has a huge presence on ‘The Gift’ with appearances by a few of the genre’s biggest stars: Wiz Kid, Burna Boy, Yemi Alade, Tiwa Savage, Tekno, and Mr. Eazi, representing for Nigeria.

They’re not the only African talent to be featured, however. Salatiel holds it down for Cameroon alongside Pharrell, & Beyonce in “Water.” Busiswa and Moonchild Sanelly of South Africa are featured on “My Power” with Beyonce and Tierra Whack. Queen Bey also hopped on a track with Shatta Wale of Ghana.

Anatii of South Africa is also credited as a writer for two tracks on the album.

If you thought Beyonce’s ode to Africa stopped at the artists featured on the album, you’d be completely wrong. Even Bey’s visuals and lyrics bigged up the continent and its vast culture.

In the video for “Spirit”, the first single released from the album, Bey pays tribute to Yoruba goddess Yemaya.

Yemaya, aka Mama Watta or “Mother of the Waters,” is the Yoruba orisha, or Goddess, of the salt waters. She lives and rules over the seas and lakes.) She is also ruler over maternity in our lives as she is considered the ‘Mother of All.’ You’ll often see Yemaya portrayed in blue and white skirts, similar to the colors in the sea. Yemaya is also part of Haitian voudou as a moon goddess.

Beyonce mentions Osun in the new track “Mood 4 Ever” on the new album.

Oshun, also known as Osun, is the youngest of the female orishas and rules over the fresh waters: brooks, streams, and rivers. She embodies love and fertility. You’ll mostly find her in the color gold. She’s recognized in Nigerian, Benin, ‎Latin American‎, Haitian, and Cuban cultures.

Previously, Beyonce portrayed Osun throughout visuals for her “Lemonade” album. She also mentioned Osun when announcing she was pregnant with twins.

If you haven’t listened to ‘The Lion King: The Gift’ yet, it’s available on TIDAL and all other streaming services here. 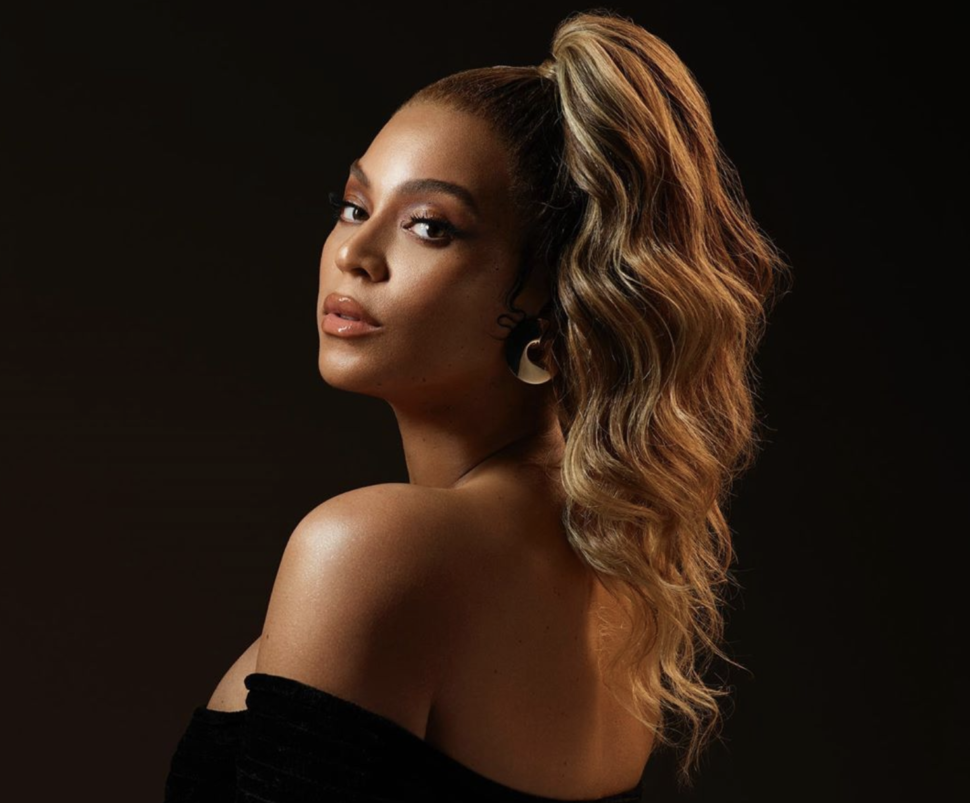 Could Beyoncé And Cardi B Be Performing At Afrochella In Ghana?

It should come to no surprise that Ghana is shaping up to be the most popping destination come this December and January. After Ghana’s President Nana Akufo-Addo announced how 2019 would serve as the “Year of Return,” there has been a plethora of activities to commemorate the 400 year anniversary of the Transatlantic Slave Trade. […] From the gritty streets of Baltimore to NYC, the world’s fashion capital,  fashion designer Staci Sherri is turning heads for her celebrity clientele and working with the biggest brands in the industry. This NYFW, she takes her brand global with a Morroco-inspired showcase.  “‘Life is a Party’” is about encouraging people to, no matter what, […]

From the gritty streets of Baltimore to NYC, the world’s fashion capital,  fashion designer Staci Sherri is turning heads for her celebrity clientele and working with the biggest brands in the industry. This NYFW, she takes her brand global with a Morroco-inspired showcase.  “‘Life is a Party’” is about encouraging people to, no matter what, […]