Is Atlanta The Black Cultural Capital Of The U.S.?

After getting off a flight in Atlanta, I saw a large jumbotron screen of the city’s finest, newly elected Mayor Keisha Lance Bottoms, musical pioneer Jermaine Dupri, and Atlanta Hawks vet and philanthropist Dikembe Mutombo, to name a few.

Each individual has played a key role in shaping Atlanta’s history, past, and present, keeping black culture alive. Known as the “Black History Capital of America” for the last four decades, this historic city is home to a large population of black entrepreneurs, thriving in entertainment, business and more recently politics.

Ebony Magazine dubbed the metro city the “Black Mecca” in the 1970s. It was also around the election of the city’s first black mayor, Maynard Jackson. He’s credited for providing more economic opportunities for minority businesses, bringing the 1996 Olympics down south and other expansions to the city. 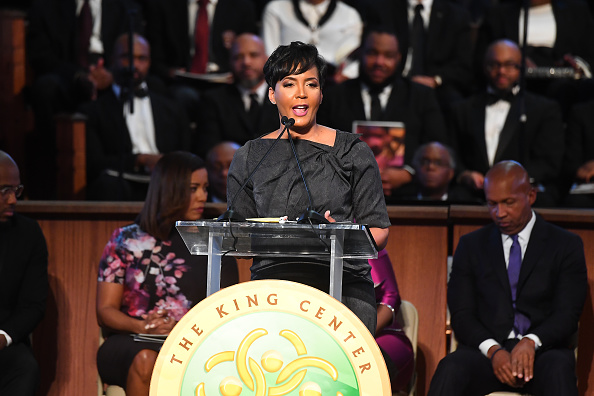 Going into her second year, Mayor Bottoms hopes to continue that expansion, while still preserving the quintessence of ATL’s black communities as the second black female mayor in Atlanta. She does so by “educating people like my family and legacy families in these neighborhoods about what this [family] structure means to the place and space in Atlanta.”

This metro city is also the land of opportunity known for its large entrepreneurial spirit.  According to a 2016 report by Blacktech Week, 430 adults out of 100,000 occupants in Atlanta became entrepreneurs, in a given month. The New Yorker mentioned Atlanta as “the Big Hustle,” a reference to its growth and the overabundance of opportunity and success in various avenues, including entertainment and media.

For example, Tyler Perry went from sleeping in a Geo Metro to building an entertainment empire. It is where Ted Turner built not only his field of dreams but a media company that revolutionized the cable news industry. Entrepreneur and CEO of RYSE Jay Jackson saw Atlanta is a place that embraces dreamers with radical ideas. RYSE began as a local publication in Florida before transitioning to Atlanta. In three years, it became a multimedia company and video platform with programming that speaks to you, for you, and stars you.

“From the entrepreneurial coffee shop warriors working to build their dream companies to the ladder-climbing young professionals striving for the corner office with a view, Atlanta is a place that truly respects the grind. And at RYSE, so do we.”

Atlanta has a reputation for maintaining the city’s history, culture, and heritage. It’s enriched within the many historic landmarks, monuments, and history museums, emphasizing the black experience and the city’s grand role during the civil rights movement. Explore the Martin Luther King, Jr. National Historic Site, the Historic Ebenezer Baptist Church in Downtown Atlanta and his childhood home in the Sweet Auburn district. Wander through the Atlanta History Center and enter the Center for Civil and Human Rights.

Here is where Booker T. Washington gave a speech on race relations, encouraging blacks to pursue their education. At one point, there were ten HBCUs in the state of Georgia. The Atlanta University Center itself is comprised of three of the most popular HBCUs in the country, Spelman College, Morehouse College, and Clark Atlanta University.

Atlanta is also defined by its unique contributions to music and the sound of trap, pioneered by rapper and culture ambassador T.I. This genre of music gave a voice into black culture and the issues that specifically plagued their communities. “Trap Muzik wouldn’t be SHIT without ALL OF US!” he said in an Instagram post. The pop-up Trap Music Museum was created as memorabilia to the hip hop industry, showcasing the various elements and impacts of trap music through artists, like himself, Goodie Mob, Outkast, Young Jeezy, the Migos and everyone in between. The infamous pink car from 2 Chainz’ original Trap House on Howell Mill Road was also re-created.

“We made it a genre! This is a celebration of all of our contributions to the culture we call TRAP MUZIK!” he said in an Instagram post. Although the Trap Museum recently closed down,  3,000 supporters, including myself, have petitioned to keep this shrine of black culture open. On user from Georgia felt the museum was and still is necessary. “It’s an important part in our culture, it’s FOR THE CULTURE.”

Atlanta’s dedication to encouraging unlimited opportunities, hospitality and forward moving are the reasons for this black capital moniker.  There’s heart, love, and spirit in this city of black soul on just about every corner. 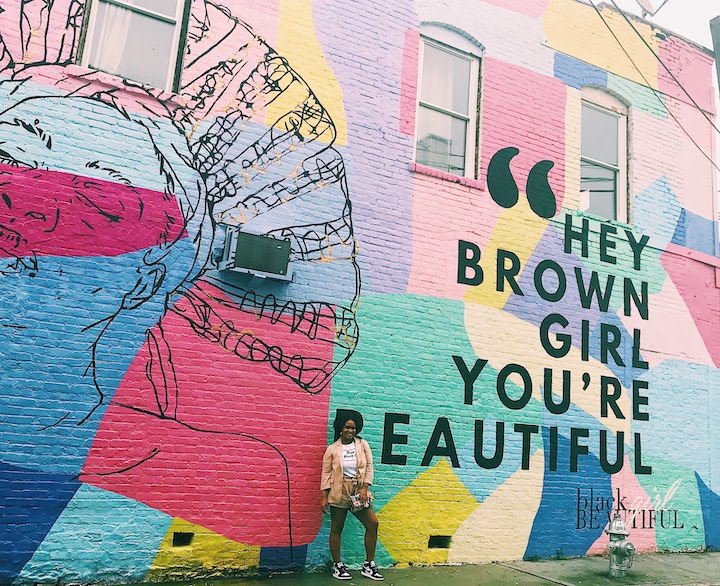